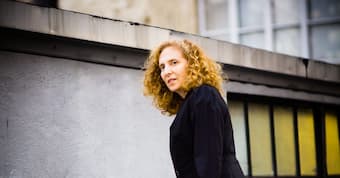 COVID times have been hard on musicians – ensembles closed down, operas and orchestras relied on streaming older material, lockdowns prevented rehearsals, social distancing regulated not only the number of people in the audience but also the number of people on stage, and so on.

American composer Julia Wolfe, on a commission from the American Flute Association, used the time to explore the world of the flute. In an interview, she said that, as an alto, she hadn’t really explored the higher voiced instruments but here was an opportunity to do so.

The conductor of the American premiere, Eduardo Leandro, spoke about all the layers of flute in the piece – sometimes the composer would ask for all the players to play with vibrato, which would never be possible to coordinate, yet the result was that although everybody was playing the same basic note, the vibrato would slow and hover above that. He described the sound as ‘morphing.’ 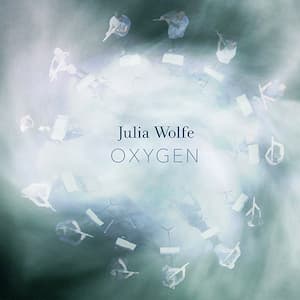 The title, Oxygen, comes not only from our need to breathe and the breaths that the performers need to perform, but also for the need for all of us to step back, take a breath, and release ourselves from the COVID world. As Wolfe said about composing the work ‘I did think about everyone needing to breathe—and about reaching out of the darkness into a kind of brightness.’

Having 6 piccolos in one piece is difficult enough – it’s a very penetrating sound – so Wolfe balanced that with the addition of 2 lower-voiced instruments, an alto and a bass flute. Wolfe said that, as she composed, she didn’t only think of the flute sound but also of the sound of related instruments from the folk-music world: penny whistles, wooden flutes, and panpipes, as she tried to bring in less-classical sounds into the piece.

The styles through the piece change – sometimes things are folk-like and sometimes machine-like, some things are highly rhythmic and yet playful. The contrast between held notes and the motion of the moving lines makes our attention move from one to the other. Different flute techniques such as flutter tongue and wind tones seem to have a part. Parts layer and build to climaxes and then fall to a single flute, to build again. Small rhythmic units are passed from player to play, in a very minimalist style, but with 12 players, the effect is anything by minimal.


For a better idea of how this looks live, for the work’s premiere, Wolfe filmed the performance with an all-star cast of flautists, ‘coming together to collaborate after more than a year of artistic isolation’. The film was made in October 2021 and shown in February 2022 at Carnegie Hall. The two players on the conductor’s right play the alto and bass flutes.

So listen… and breathe.