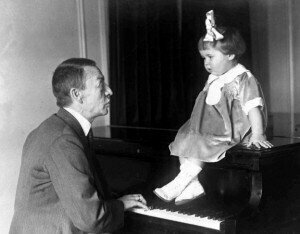 Tension was high in Philadelphia, USA, on 18 March 1927. Leopold Stokowski and the Philadelphia Orchestra had invited Sergei Rachmaninoff as the soloist in premiere of the composer’s 4th piano concerto in G minor. Rachmaninoff had come to the United States in 1918, but entirely concentrated on performing. Finding himself in great demand as a soloist and conductor, he did not produce a single new composition for nine years. Everybody thought he had given up composing completely, so audiences and critics were eager to witness the Rachmaninoff resurrection. 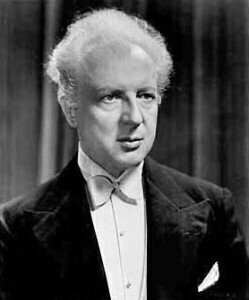 In the event, critics were not impressed. Pitts Sanborn in the New York Evening Telegram complained that the piece was “long-winded, tiresome, unimportant, in places tawdry.” Lawrence Gilman of the Herald Tribune went even further, dismissively calling the work “essentially nineteenth century.” Rachmaninoff was shattered, but he was painfully aware that his music was out of step with the times. “I feel like a ghost wandering a world grown alien,” he said in 1926. “I cannot cast out the old way of writing, and I cannot acquire the new. The new kind of music seems to come, not from the heart, but from the head. Its composers think rather than feel.”

Leopold Stokowski and the Philadelphia Orchestra

We don’t know exactly when Rachmaninoff started on his fourth piano concerto. He did mention a new concerto in April 1914, and supposedly worked on it over the next couple of years. But it took the encouragement from his good friend Nikolai Medtner—to whom the concerto is dedicated—before Rachmaninoff engaged with the work in earnest. When the score was finished in 1926, Rachmaninoff worried about its length and wrote to Medtner, “Perhaps it will have to be given like Wagner’s Ring cycle, over the course of several consecutive evenings.” He started looking for possible cuts, and was concerned that the orchestra was almost never silent, “It’s less like a concerto for piano and more like a concerto for piano and orchestra,” he wrote. After the disastrous premiere, Rachmaninoff started to revise the work and cut 114 measures while rewriting the first twelve pages. Still dissatisfied, he set the work aside until the summer of 1941, when he revised it again. Rachmaninoff had always worried that by splitting his time between playing the piano, conducting, and composing, he had spread himself too thin. “I have chased three hares,” he once said. “Can I be certain that I have captured one?”