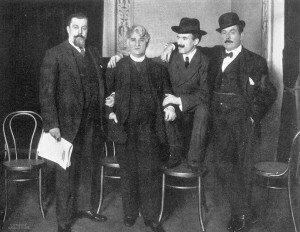 Giacomo Puccini (1858-1924) called his opera La fanciulla del West (The Girl of the West) his “greatest work.” Puccini must certainly have felt a sense of accomplishment as the opera was seven years in the making, and originated during a period of severe family strife. Puccini’s wife Elvira had publically accused her husband of betraying her with their maid. The maid, in turn, protested her innocence but in the end committed suicide. 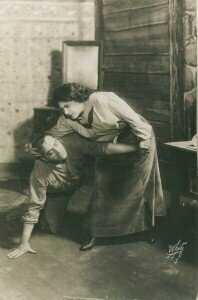 After the success of Madama Butterfly in Milan in 1904, Puccini had been looking for a new libretto. He eventually settled on the play “The Girl of the Golden West” by the American author David Belasco in 1907. Puccini handed the text to the poet and writer Carlo Zangarini, but as the result was not entirely satisfactory, he also enlisted the collaboration of Guelfo Civinini, a poet fond of contemporary theatre. By August 1909 the libretto was completed, and Puccini took the better part of a year to complete the score. 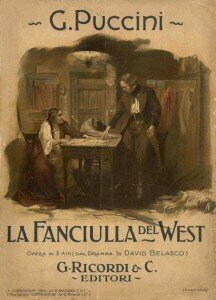 Puccini’s Fanciulla premiered on 10 December 1910 at the Metropolitan Opera in New York City. The character of “Dick Johnson” was sung by the legendary tenor Enrico Caruso, and “Minnie” by Emmy Destinn. Arturo Toscanini conducted, and the work was an immediate popular and critical success. “My heart was beating like the double basses in the card scene,” Puccini told The New York Times after the premiere. It certainly was the first world premiere of an opera at the Met, but it failed to gain significant traction in Europe. It was seen as a “botched experiment in being modern that pleased nobody, and failed to fulfill the criteria for a genuinely Italian opera.” A good many commentators suggested that Puccini’s music represented a debasement and cheapening of pure Italian values. And his considerable fame abroad was seen as proof that the composer had “willfully sacrificed national character for cheap commercial exploitation.”