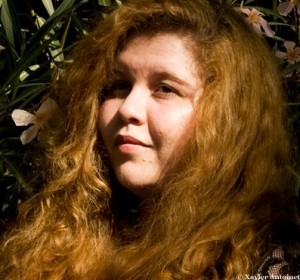 Born in 1980, Bulgarian pianist Plamena Mangova is the Second-Prize winner of the 2007 Queen Elisabeth Competition. This award confirms her exceptional talent, which has also been recognised by a prestigious Diapason d’Or de l’Année 2007 for her first CD, a solo recording of Shostakovich on Fuga Libera label. Her wide repertoire spans the baroque to the contemporary, including works for solo piano, chamber ensembles and concertos.

In July 2003, Plamena was selected the Laureate of the Juventus Festival in France. This event marked the beginning of a wide range of her projects, such as the Carte Blanche for Maxim Vengerov at Concertgebouw Amsterdam. Plamena is also a prize-winner in the Santander Piano Competition and the Vittorio Gui International Chamber-Music Competition in Florence, as well as the receiver of the Alicia de Larrocha’s Granados Prize.

The musicality of Plamena has gathered many acclaims through her recordings; her CD of Prokofiev’s complete works for violin and piano with Tatiana Samouil was awarded Four Stars in Le Monde de la Musique, while the Beethoven recital released in 2008 was named the Choice of France Musique, 5 Diapason.