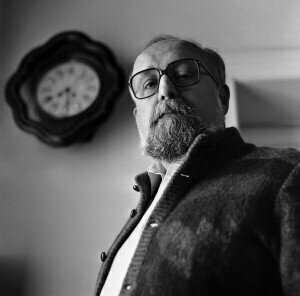 24 July 1983 marked the 200th birthday of Simón Bolívar, known around South America as “El Libertador.” The Venezuelan military and political leader played a significant role in the establishment of Venezuela, Bolivia, Colombia, Ecuador, Peru, and Panama as sovereign states. Achieving independence from Spanish rule, Bolívar not only became a national icon, he also had an entire country named after him! So it goes without saying that Caracas, the city of his birth would throw a gigantic birthday bash to celebrate the memory of its favorite son. And when the government of Venezuela was looking to commission a work for this bicentenary anniversary, they turned to Krzysztof Penderecki. 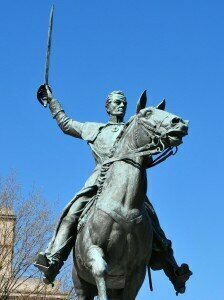 One of the living composer legends of the second half of the 20th century, Penderecki was a natural choice as his independent musical personality had led him to compose both strikingly innovative compositions and traditional pieces. A composer of outstanding intellect and musical genius, a substantial number of his works reflect his deep religious faith. But most significantly in terms of the Bolívar celebrations, Penderecki is closely aligned with the Polish Solidarity movement that eventually liberated Poland from Soviet rule.

For the Bolívar commission, Penderecki crafted a work for viola and orchestra that originally carried the title “Elegy.” True to that title, the key idea is a sighing motif introduced by the solo viola. Dominated by a reflective mood throughout, a critic wrote, “the development of musical phrasing strikes one with a very economical and restrained use of means, creating the impression that the composer tries to say as much as possible with the least possible number of notes and the narrowest possible range of sound pitches. 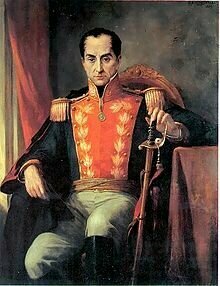 Penderecki eventually changed the title to “Concerto,” and alongside the concertos of Paul Hindemith, Béla Bartók and Bohuslav Martinů, it represents a key composition of the 20th-century viola repertoire. The first performance in Caracas on 24th July 1983 featured José Vasques as the soloist and Eduardo Ran as the conductor. However, almost immediately Penderecki prepared multiple versions. The world premiere for viola and 13 solo strings and three percussionists was given in Moscow on 20 October 1985, and the version for cello premiered on 15 December 1989. In its latest transformation, a version for clarinet and orchestra, premiered in Boulder, Colorado on 9 July 1995.