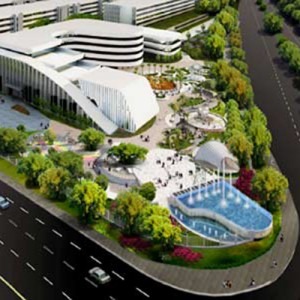 In this week’s episode, I would like to introduce you to the largest piano manufacturer in the world! The Pearl River Piano Group was established in 1956 in Guangzhou, Guangdong Province in China, and it claims to produce the World’s best selling pianos. For all intents and purposes, this is not necessarily an endorsement of quality, but foremost a description of volume. You see, the Pearl River piano factory—proudly proclaiming to be the largest facility of its kind in the world—produces over 125,000 instruments a year! Manufacturing the “Pearl River,” “Ritmüller,” and “Kayserburg” brands, the company sells its pianos via an extensive distribution and dealer network in over 100 countries. The company received the International Standards Association Certification in 1998, and even more significantly, it was the first company in China to receive an official endorsement relating to environmental standards. 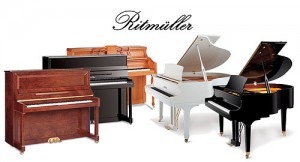 Pearl River Piano proudly proclaims that every step of the manufacturing process is controlled in house. This includes the initial selection of woods, with frames and rims constructed from Walnut, bridges and pin blocks crafted from Rock Maple, and the tapered soundboards—designed by Lothar Thomma—created from northern Spruce. Of course, the factory also operates its own kilns, used for drying and curing the woods to specific moisture contents.

These companies do use their own brand names, and the OEM—original equipment manufacturer Pearl River—works closely with these instrument chains to customize the specifications and designs.

While the “Pearl River” brands are considered entry-level instruments, the company also offers the “Ritmüller” brand. The Ritmüller piano originated in Göttingen, Germany in 1795, and was quickly recognized as one of Europe’s most innovative piano manufacturers. The original instrument featured a double soundboard that offered a characteristically rich and warm sound. Following the acquisition of the Ritmüller brand, Pearl River Company started to produce the instrument in 2001. They hired the German designer Lothar Thomma to redesign the piano for the 21st century. Combining traditional European craftsmanship with advanced technologies and using high-end components, the Ritmüller brand serves the North American markets. According to reputable pianists, this piano compares favorably with some Yamaha models. In the rest of the world the same piano is marketed under the “Kayserburg” name. The Pearl River Company also manufactures three models for Steinway & Sons in its Guangzhou factory. The “Essex” brand, including two grand pianos and sixteen upright models, is a joint venture that Steinway uses for its affiliate Boston Piano Company. And in 2016, Pearl River took over 90% shares of the German piano manufacturer Wilhelm Schimmel from Braunschweig.

And just in case you are wondering, Pearl River is also the largest guitar and violin manufacturer in the world.