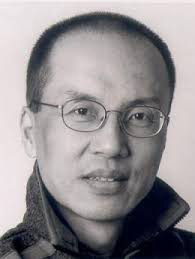 Born in Shanghai in 1951, Chen Qigang is a leading Chinese composer who divides his working life between Beijing and Paris. He was, as you might well remember, appointed director of music for the Beijing Olympics Opening Ceremony in 2008. Most famously, perhaps, he was the last student of Olivier Messiaen until 1988. His teacher proudly suggested, “Chen’s compositions display real inventiveness, very great talent and a total assimilation of Chinese thinking to European musical concepts.” True to his teacher’s words, Chen’s compositions frequently take us on magical journeys through a fascinating and integrated sonic environment that simultaneously combines Chinese and Western musical influences. An opulent tapestry of richly layered voices generally provides the atmospheric backdrop for organically blending traditional Chinese folk music with orchestral textures and dramatic gestures. And it is this combination and meshing of theatricality, orchestration and various musical styles and instrumentations that creates an acoustic environment of haunting, timeless beauty.

In 2014, Chen was commissioned to produce a work with the special abilities and musicality of trumpeter Alison Balsom in mind. And he responded with his Concerto for Trumpet and Orchestra, subtitled “Joie Eternelle.” It premiered on 1 July at the Poly Theatre in Beijing with the China Philharmonic conducted by Long Yu. After an additional performance in Shanghai, the work made its first European appearance at the BBC Proms on 19 July 2014. It can be heard in its original configuration during the Kissinger Music Festival 2016. In this work, Chen once again draws inspiration from the tradition of Beijing Opera. This set of nostalgic variations uses the famous tune “Qu Pai” (Eternal Joy) from the Kun opera Peony Pavilion by Tang Xian Zu as its musical foundation. The composer described how “subsequent encounters with the tune as an adult have always evoked childhood memories. I have decided to use the original title of Eternal Joy because it also seems to me to have a quasi-religious connotation. When commissioned by the BBC Proms and other organizations to write this work, I thought it was the perfect opportunity to reincarnate this unforgettable tune with the sound of the trumpet, a very Western instrument. By doing so, I hope to fully explore the expressive range of the instrument, from the exquisite to the muscular.”

Chen described the original tune as “delicate and graceful, yet it also has an unyielding, instantly identifiable character.” Yet, it is the opening with its low drone below a clarinet melody, which is dutifully answered by shimmering strings and the harp that provides a touch of electricity. The hushed entrance of the trumpet further amplifies this effect, as its own gently rising melody is answered by another shimmering sound cloud. The variations unfold in a fairly conventional manner, with violent clashes and unearthly harmonic progressions structurally announcing the beginning of a new episode. Taking note of the extraordinary opening and of a somewhat meandering variation section overripe with arpeggiation, a critic suggested that the title “Eternal joy” might be pushing it a bit. He does however concede, “it’s a pleasant enough way to spend 20 minutes.”

The Concerto will be performed at the Opening Concert of Kissinger Sommer on 24 June 2016 by the Munich Philharmonic: Conductor Long Yu, Soloist Alison Balsom