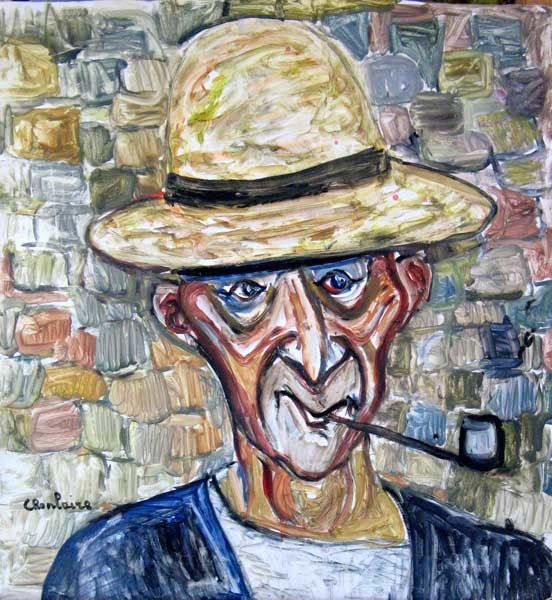 “You have changed my life, you are the sunshine of my thirty years, a reason for living and for working.” This is how Francis Poulenc openly inscribed the score to his Concert champêtre, a work that is dedicated to the painter Richard Chanlaire.

Chanlaire operated a large Parisian art shop and a gallery in Tourrettes-sur-Loup, a town in the mountains above Nice. Although Poulenc had known him since the mid-twenties, references to homosexual activities begin to appear only in early May 1929. He eventually avowed his love for Chanlaire in a letter to Valentine Hugo. “How happy I was to be able to confide to you my great secret, my grave secret. This amazing, but so anguishing love of which I spoke to you being now the sole raison d’être of my life, you understand how hard, due to this anomaly, it is to hide it.” Yet the love affair would soon take its toll on Poulenc, as he told friends that, “he had lost his sense of identity.” At that time according to some scholars, “Poulenc associated gay sex with impurity and could therefore never truly accept this relationship, let alone a gay identity.” Throughout this career, Poulenc collaborated with a number of homosexual artists, among them Max Jacob, Jean Cocteau and Benjamin Britten, and from the late twenties, his intimate relationships whether long term or casual, were virtually all with men. His intimate relationship with Chanlaire was destined to be short-lived, as Poulenc turned towards Raymond Destouches, a bisexual chauffeur from Noizay. Destouches remained a close personal friend — despite eventually marrying a woman — and he unwittingly was the inspiration for the opera Les Mamelles de Tirésias, in which an abandoned husband dresses up in his wife’s clothes and miraculously gives birth to 40,000 children. Les Mamelles is dedicated to Destouches, as is the 1943 resistance cantata La figure humaine, and the neo-romantic Pastoral Mélancolie.

However, Poulenc soon demonstrated his sexual versatility when he fathered a daughter with a woman known only as Frédérique. Although Poulenc never formally admitted that he was indeed the biological father of Marie-Ange, her mother “Freddy” is nevertheless the dedicatee of two compositions. A chance meeting on a train in 1950 marked the start of a troubled five-year relationship with Lucien Robert, a traveling salesman from Marseilles. Their relationship abruptly terminated while Poulenc was putting the finishing touches on his opera Dialogues des Carmélites. And the cause was Lucien Robert, who had fallen seriously ill with pleurisy, an inflammation of the lining surrounding the lungs. The score was completed on the very same evening as Robert’s death in October 1955. Poulenc found solace and comfort in the arms of the young soldier Louis Gautier.

His Flute Sonata of 1956, as Poulenc wrote in a letter, was “proof of the French Army’s generosity to an old maestro’s morale.” Their relationship lasted until Poulenc’s death in 1963. Poulenc’s personality, psyche, music and sexual behavior contained contrasts and contradictions that were not alternating but simultaneous. And Poulenc was well aware of that fact, as he once famously wrote, “you know that I am just as sincere in my faith, without any messianic screaming, as I am in my Parisian sexuality.”