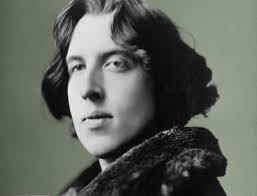 Oscar Wilde, master of the killing bon mot and martyr of Victorian sexuality, isn’t often thought of in terms of music. His stories and plays have a constant following; The Importance of Being Ernest is once again on the London stage this season, but now, as has become the model, with Lady Bracknell being played, as the reverse of a trouser role, by David Suchet.

At the time of his sentencing, Wilde was placed in Reading Prison, and after he had moved to France, the anonymous poem “The Ballad of Reading Gaol” was printed. The author was given simply as C.3.3., which stood for cell block C, landing 3, cell 3, Wilde’s cell. The poem, due to Wilde’s notoriety, could not be issued under his name. The first edition, issued on 13 February 1889, of 800 copies sold out in a week; the second edition of 1000 copies sold just as quickly. The third edition, of 99 numbered copies ‘signed by the author’ was issued along with a fourth edition of 1,200 unsigned set. It wasn’t until the 7th edition, which appeared 16 months after the first edition, that Wilde’s name was added below C.3.3. (although, if you had purchased the signed third edition, you knew very well who the author was).

The poem begins with the story of a Guardsman who was in Reading with Wilde, who was hung for the murder of his wife. The poem, in an old-fashioned ballad form, gradually moves from telling the story of the condemned man to a more general identification with prisoners as a whole. The refrain of “Yet each man kills the thing he loves” returns, cast in different ways through the 656 lines of the poem:

Yet each man kills the thing he loves
By each let this be heard, (Lines 37-38)

Note the change in line 37 from “Yet each man kills the thing he loves” to the final “And all men kill the thing they love”; by the end, we are all indicted. 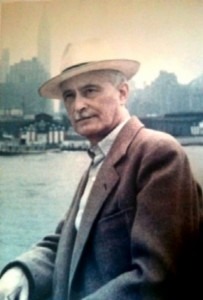 The most significant setting of this poem in music doesn’t actually set the poem. In 1922, Jacques Ibert finished composition on his symphonic poem La Ballade de la Geôle de Reading. In 1937, it was recast as a ballet and given its première at the Opéra Comique. Ibert was responding to Wilde’s message to humanity, setting the story of a man who had murdered his wife against the background of the difficult prison atmosphere. The first production was an unexpected success.

Ibert composed the work in three parts, beginning first with the prison and its prisoners. An urgent motif enters, representing the murderer and his memories.

Ibert: La Ballade de la Geôle de Reading : Part 1 (Slovak Radio Symphony Orchestra ; Adriano – Conductor)
The second part is one of madness and fear, beginning with shivering strings. Two old-fashion dances, the sarabande and the gagliarde, provide the organizational thread. The sarabande, based on a 7-beat structure, throws off the rhythm due to its uneven number of beats. The gagliarde, in a more standard 6/8 time, drags everything down into despair by the end.

Ibert: La Ballade de la Geôle de Reading : Part 2 (Slovak Radio Symphony Orchestra ; Adriano – Conductor)
The third part functions as a kind of epilogue – it starts in a dark descending line, returning us to the harsh reality of the prison, but finishes in an optimistic, almost impressionist mood.

Ibert: La Ballade de la Geôle de Reading : Part 3 (Slovak Radio Symphony Orchestra ; Adriano – Conductor)
Filtered through Ibert’s French sensibility, this is a very different kind of work than if an English composer had written it. It does allow us, however, to look at Wilde’s poem in a different light – with greater depth in the horror of the prisoner’s thoughts and the situation in the prison itself.