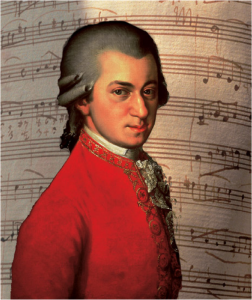 Until recordings became common in the latter part of the 20th century, the only way to hear some of the great works was to attend a performance or to have your own orchestra. For the rest of the music-loving world, however, the music of the great composers was available, but in a slightly different form. Or, actually, many different forms.

Composers (and their publishers) were interested in getting their music out to the public and so was born the arrangement of a work for other forces. If you want to play, say, Mozart’s Marriage of Figaro, but didn’t have an orchestra, there were arrangements available for wind bands, that is, ensembles made up only wind instruments, and many other instrumental or vocal groupings.

Even Mozart recognized the problem and the need. He wrote to his father in Salzburg on 20 July 1782, only four days after the premiere of Entfiihrung aus dem Serail: “Now! I have no slight task – by Sunday, in a week’s time, my opera must be written for wind­band, otherwise someone will forestall me and draw the profit from it instead of me … You can’t believe how difficult it is to write anything for wind-band so that it is right for wind instruments and yet loses nothing of the effect.” Other versions than Mozart’s own reductions quickly hit the streets.

In this overture to Mozart’s opera, there are only 8 performers: 2 oboists, 2 clarinettists, 2 horn players, and 2 bassoonists to play the supporting bass. This wind octet arrangement was made shortly after the Vienna premiere of Figaro by Johann Went.

Mozart: Le nozze di Figaro (The Marriage of Figaro), K. 492 (arr. for wind octet) (Berlin Philharmonic Orchestra Wind Ensemble )
But what if you had only 4 wind players and a string quartet? No problem with that arrangement either. 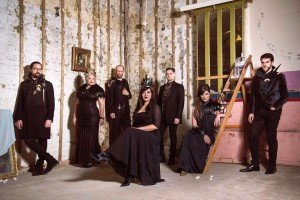 Mozart: Don Giovanni, K. 527: Overture (Arte Ensemble)
Didn’t play an instrument, but you were a singer? And you have singer friends and perhaps a string quartet hanging around? There’s an arrangement for that!

Mozart: Die Zauberflöte (The Magic Flute), K. 620 (Elisabeth Weinzierl, flute; Edmund Wachter, flute)
Sometimes, though, it’s difficult to find anyone, and so there are arrangements for piano alone. This arrangement was made by Mozart’s student Johann Nepomuk Hummel.

Hummel: Mozart – Don Giovanni, K. 527: Overture, S148 (Babette Dorn, piano)
All of these arrangements did a great deal to help a composer’s orchestral work get into everyone’s hands. And, we mustn’t think that this was purely an 18th century phenomenon. These arrangements were used by composers to help them know the music of composers of earlier times and, in fact, we have an arrangement of the final scene from Don Giovanni, with the arrival of the Stone Guest and Don Giovanni’s ultimate banishment to hell as arranged by Giuseppe Verdi.