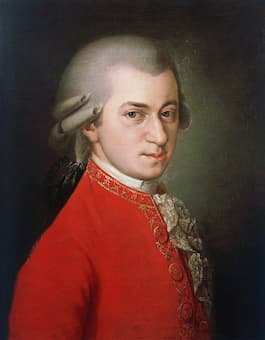 Wolfgang Amadeus Mozart completed his final piano concerto in January of 1791, shortly before his thirty-fifth birthday. Mozart could hardly have known that K. 595 was going to be his last piano concerto, and that 1791 was going to be the last year of his life. In fact, at the beginning of 1791 Mozart was decidedly upbeat about his future, and he produced an astonishing number of compositions. Besides the piano concerto, he wrote a large number of dances for the Vienna ball season, pieces for mechanical organ and glass harmonica, a string quintet, the operas La clemenza di Tito and Die Zauberflöte, the Clarinet Concerto, Ave verum corpus, and finally the Requiem. 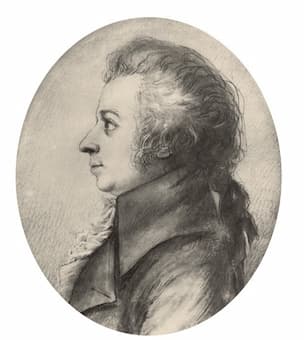 In addition, he had just been appointed assistant Kapellmeister to Leopold Hofmann at St. Stephen’s Cathedral in Vienna. Had he lived beyond 5 December 1791, Mozart would have expected to compose more sacred music in conjunction with his appointment, as well as more operas and piano concertos. He did suffer from severe headaches and toothache during the spring, but “even his last surviving letter to his wife in mid-October was decidedly upbeat.” Mozart was excitedly looking forward to a brighter future, and he premiered K. 595 as the soloist on 4 March 1791 at a private concert hosted by Joseph Beer. 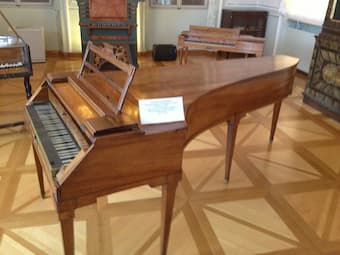 Joseph Beer was one of the first internationally famous clarinet virtuosos responsible for a complete revolution of the clarinet by adding a fifth key. A contemporary critic present at probably Mozart’s last public appearance as a soloist wrote, “everyone admired Mozart’s art, in composition as well as execution.” Mozart had likely started composing his last piano concerto at some point in 1788. At that time, he composed the first two movements and 39 measures of the finale before devoting himself to other projects. Three years later, in preparation for the Beer soiree, he scored the first two movements and completed the third. As such, the main body of this work dates from 1788 and not from 1791. Regardless, for a number of commentators it has “the quality of a transfigured farewell, and is a musical counterpart to the confession he made in his letters to the effect that life had lost attraction from him.” An eminent scholar remarked, “How different is K. 595 from the full-blooded concertos of the earlier Viennese period, with their infinite promise of things to come. The chromaticism … is no longer restless … nor are there mysterious, hidden undertones of unleashed passion.” Much of this commentary is the result of reading the music against Mozart’s tragic biography. In reality, the formal balance and melodic beauty of the work give no real musical indications of the composer’s impending fate. However, the mood of this final piano concerto is far removed from some of his earlier attempts. 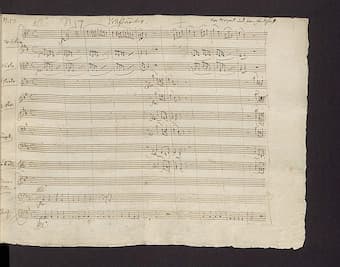 The opening movement begins with pulsating and rocking accompaniment that gives rise to a sighing melody, twice interrupted by a martial motif. A descending scale theme appears first in the major mode, but is repeated in a tortured minor version. The highly original development combines harsh disjuncture and elegant continuity, not to mention some of the most daring modulations Mozart ever wrote. Given the constant harmonic shifts in the opening movement, the Passionate “Larghetto” is a model of calm and peace. “The right hand as soloist soars and floats above the rest with a longing and poignancy that is anything but naïve.” The principal melody of the concluding and somewhat programmatic movement comes from a Mozart song setting of a short poem entitled “Longing for Spring:”

Come, sweet May, and turn
The trees green again,
And make the little violets
Bloom for me by the brook!

Mozart was clearly looking forward to the coming of spring while he musically attempted to reinvent his concerto style.