The city of Catania, at the beginning of the 19th century, was considered the jewel of the Kingdom of the Two Sicilies. Picturesquely located on Sicily’s east coast, it sits at the base of Mount Etna, one of the tallest active volcanoes in Europe. The city was founded by Chalcidian Greeks, and rose to become one of Italy’s most important cultural, artistic, and political centers. In fact, it was the site of Sicily’s first university founded in 1434. It was also the birthplace of Vincenzo Bellini, the eldest of seven children of Rosario Bellini and Agata Ferliot, born on 3 November 1801. 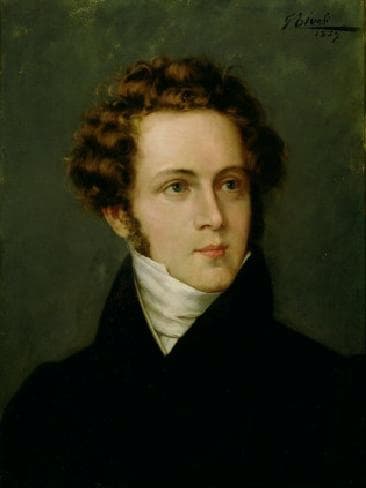 He was born into a musical family, with his grandfather Vincenzo Tobia Bellini (1744–1829) originally hailing from the village of Torricella Peligna in the Abruzzi. He studied at the conservatory in Naples, where “he might have benefited from association with Nicolo Piccini and Antonio Porpora.” Tobia eventually took up a professional musical career working as an organist, composer and teacher in Catania. Most of his compositions have been lost, but he married Michela Burzi at the age of twenty-five, a widow four years his senior who bore three sons and two daughters.


Bellini’s father, Rosario, continued in his father’s footsteps and became a maestro di cappella, teacher, and composer of religious music. On the day of his marriage to Agata, they moved into rooms in the Palazzo dei Gravina Cruylas, the actual location of Vincenzo’s birth. Bellini’s childhood is primarily told in anecdotes and semi-fictional accounts of his musical abilities. A brief and anonymous twelve-page history is preserved at the Museo Belliniano in Catania. It reports, “when Vincenzo was scarcely one year old, his games all had to do with nothing but music paper, and if he heard playing, he quickly ran toward it and thought of nothing else; if he heard some instrument outside he left his play, his supper, and everything, and made a thousand noises indicating his wish to be taken to where the playing was going on; and then he remained satisfied.” Apparently he could sing an aria by the age of eighteen months and started studying music theory at age two and the piano at three. 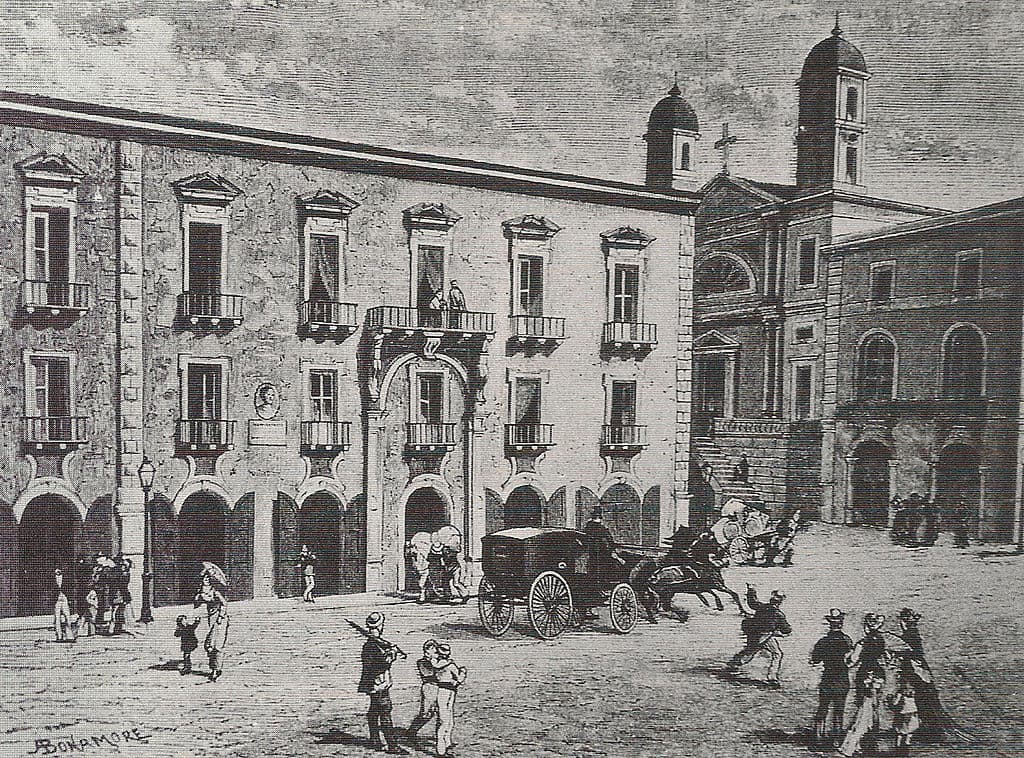 Vincenzo supposedly wrote his first compositions at the age of six, and the following year began to study composition formally with his grandfather Tobia. A scholar writes, “amid the hyperbole of the accounts of Bellini’s prodigious musical feats, the report outlines what was a fairly typical career path for a musically gifted young Italian at this time.” Under the tutelage of his grandfather, Bellini did compose a number of settings to texts by Metastasio, and he completed several additional orchestral pieces and at least two settings of the Mass Ordinary. When he had reached his seventeenth birthday, his grandfather declared, “I have no more to teach you: You can leave.” Easier said than done, as his parents did not have the financial means to send the boy to Naples. As such, Vincenzo continued his studies during 1818, but by a stroke of good fortune he was granted a scholarship to begin his studies at the San Sebastiano Conservatory in Naples. It initially covered “a period of four years, with the obligation of submitting every semester a work and certificate from the teachers.” 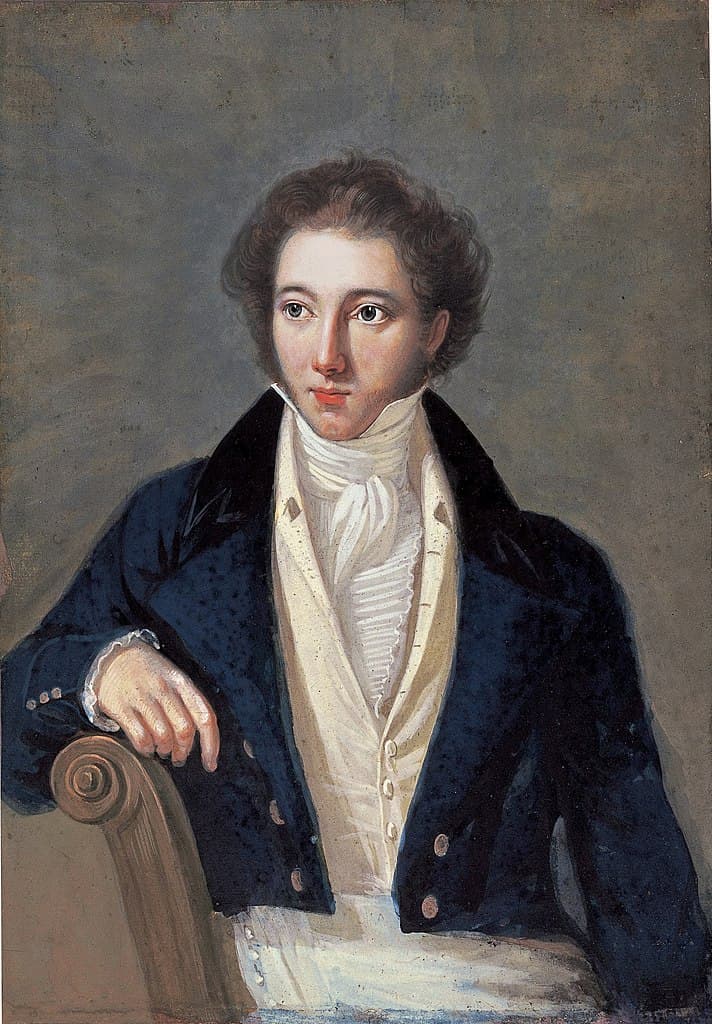 Bellini as a young man

Vincenzo studied exercises in harmony and accompaniment with Giovanni Furno, and he took counterpoint lessons from Giacomo Tritto, a composer of over 50 operas. However, the most influential teacher during his time in Naples was the opera composer, Niccolò Antonio Zingarelli. He quickly recognized Bellini’s potential and gave him the following advice, “If your compositions sing, your music will most certainly please… Therefore, if you train your heart to give you melody and then you set it forth as simply as possible, your success will be assured. You will become a composer. Otherwise, you will end up being a good organist in some village.” 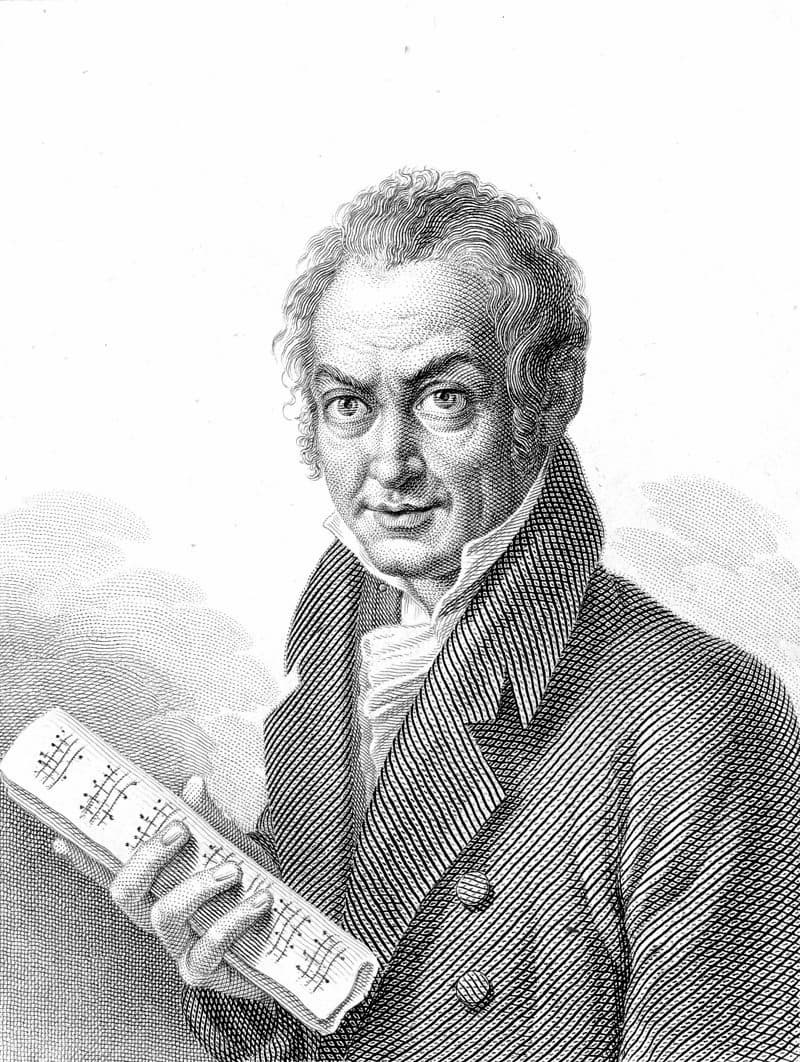 The faculty at the Naples Conservatory advocated a style of composition that “espoused simple melodies and clear text-setting while violently opposing the florid vocal style and noisy orchestration of Rossini,” who was the resident composer of the Naples theatres from 1815 to 1822. A scholar writes, “a simultaneous attraction and resistance to Rossini’s style is one of the most intriguing aspects of Bellini’s student works; indeed, the confrontation with Rossini remained both a creative problem and a spur to innovation throughout his career.” Upon his graduation in 1825, Bellini was given the opportunity to present his opera Adelson e Salvini, a work that never secured a professional performance.