Blog
The Mechanics of Movie Music in Concert
by Oliver Pashley November 3rd, 2022

I look out across the audience from my seat on the stage of the Royal Albert Hall. The audience is slowly filling the building, couples holding hands, parents with young children, and… three Spocks filing down the central aisle? No-one does a double take, for we are on stage about to perform the music to Star Trek, live in concert. 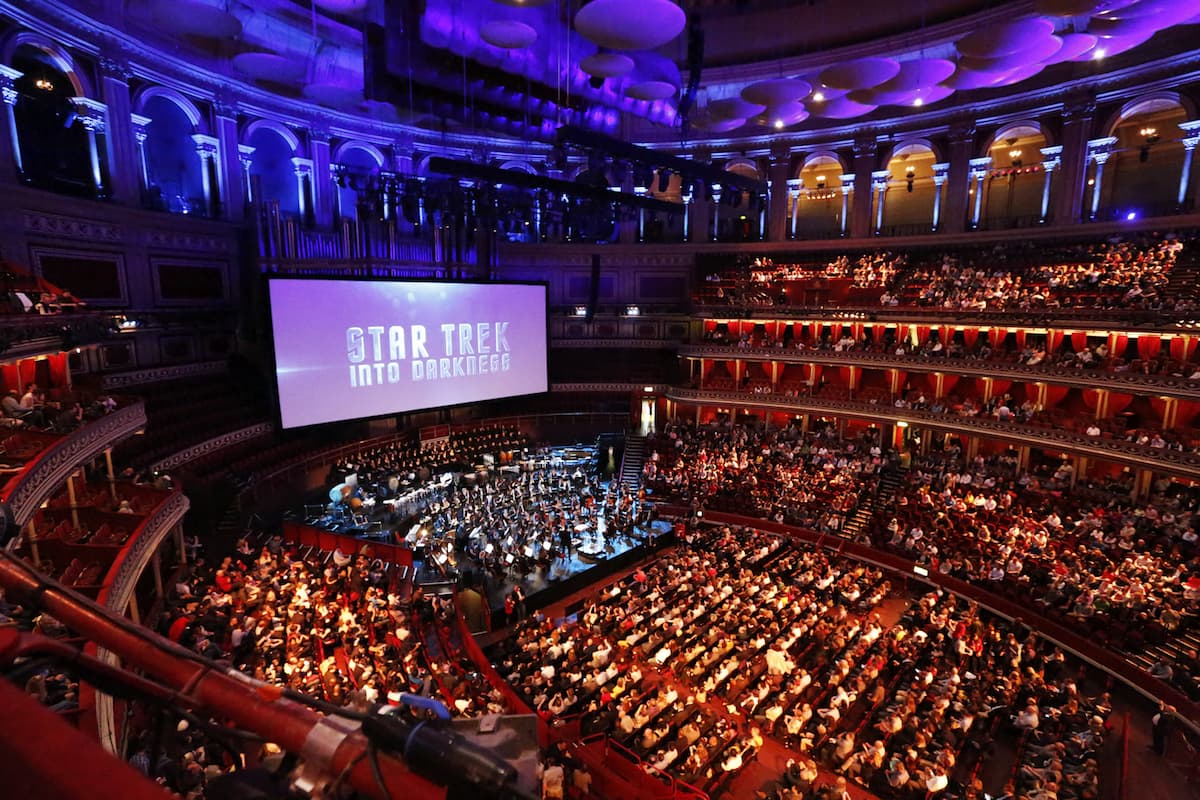 Film music offers an opportunity for many people to discover the sound of an orchestra who might not otherwise experience it. For me, coming from a family of non-musicians, some of my earliest memories of orchestral music come from the films I used to watch as a child, the magical sounds of Home Alone or E.T. ringing round my head.

Nowadays orchestral music still has a strong place in the film world, and it is becoming more and more common to see ‘movie concerts’, where the film is played on a big screen in a concert hall, accompanied by a live orchestra. There are certain similarities to performing ‘normal’ concerts, but there are a few key factors that distinguish the two.

Rehearsal-wise, it’s about the same as for a concert without visuals: two or three sessions plus a general rehearsal on the day. At the beginning, there is no screen – the orchestra rehearses alone without any moving images, to give the players a chance to get to know the music without the extra logistics of lining it up to picture.

The general rehearsal is often the first time the orchestra and film screen are in the same room, so this time is mainly given over to whatever the technical department needs to do. By this point, from our perspective, all the notes have been learned and the music rehearsed. We are just there to facilitate whatever needs to be done technically.

So, how do a group of eighty-plus people stay in sync with a film, where the ‘cues’ (pieces of music within the film) are designed to underscore and react to specific moments? Unbeknownst to the audience, each cue has an underlying click track, and has been synced up perfectly to the moving image. The conductor will have either headphones relaying the click, or a screen displaying the click visually. It is then up to the orchestra to follow the conductor’s pulse in order to stay lined up with the movie. 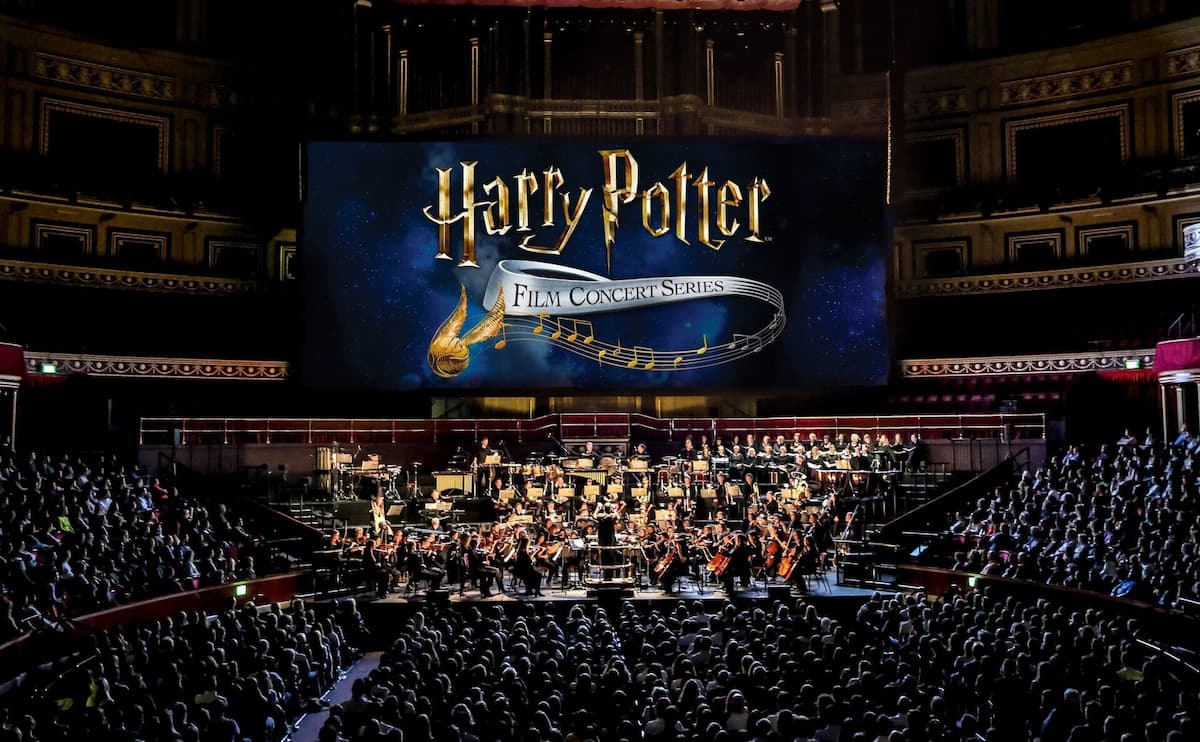 In smaller groups, each individual performer will have their own headphones with a click, but this quickly becomes impractical and unnecessary on a larger scale. Sometimes, in projects where there is a rhythm section in addition to the orchestra – for example, a drumkit, bass guitar and keyboard – they will have their own clicks in order to stay tightly knit together and drive the orchestra forwards.

From the moment the movie starts to the rolling of the end credits, the music is meticulously lined up, even down to the gaps between cues. It is normal to see how long you have to wait at the end of the next cue before the beginning of the next one, something which is helpful if you’re wondering whether you have time to, for example, take a sip of water or clean your instrument through (or, as I once saw someone do, leave the stage, run to the bathroom, and be back in their chair right for the downbeat of the next cue. Not recommended or encouraged…).

This is the main difference, for me, between traditional concerts and movie concerts. There is little room for flexibility or interpretation in the traditional sense when you’re accompanying a movie. The conductor can’t suddenly decide to take something slower or faster depending on how they’re feeling in the moment, or else the music and images start to drift apart. 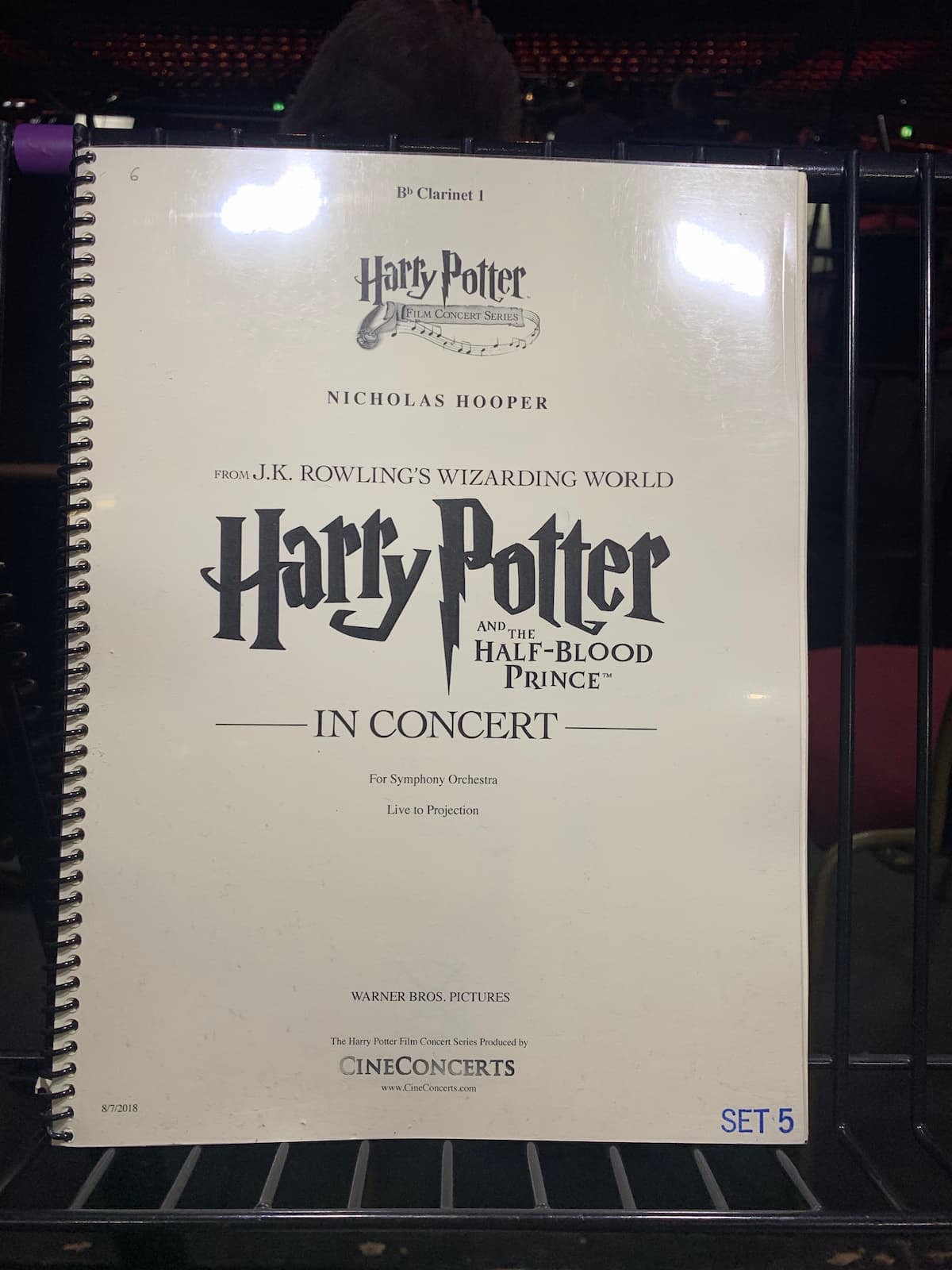 However, this doesn’t mean that this comes at the expense of the atmosphere or excitement of a traditional concert. I’ve actually found that often the buzz at these types of events is more exciting than when just performing a symphony. The audience is there because they really love the movie they’re about to watch. (If ever you doubt that, come along to a Star Trek movie concert and look at the commitment to some of the costumes…)

For some, it’s an incredibly emotional and moving experience, seeing the films they love come to life before their eyes. It may be many people’s first time ever seeing a live orchestra. I’ve seen people in tears at the end of these types of concerts, and it is a special sensation to be part of such a special experience for so many people.

Much of the orchestral music for films is evocative, virtuosic, colourful and emotional – and experiencing this in the flesh beats the cinema for me any day. Let’s hope they… live long and prosper.