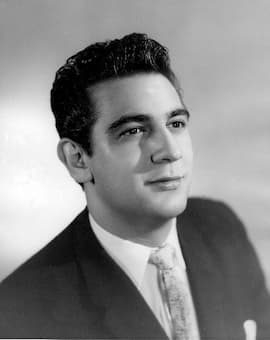 Plácido Domingo is recognized as one of the best and most influential singing actors in the world of opera. He has recorded over 100 complete operas in addition to arias and duets compilations, and his crossover recordings have earned him 12 Grammy Award. In fact, he has more than 150 roles in his repertoire, and been on stage well over 4,000 times. Domingo has also conducted over 500 opera performances and symphonic concerts, and he served as a former administrator with the Washington National Opera and the Los Angeles Opera. 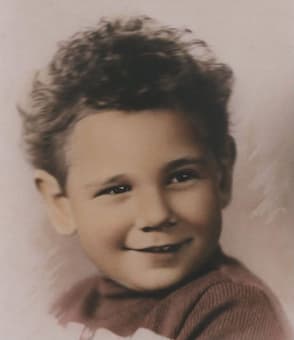 Domingo has been a professional opera singer for over six decades, and he shows no signs of slowing down. He sang his first “Calaf” in 1969 at Verona with Birgit Nilsson, and following his voice’s natural progression he has now turned towards the baritone repertoire. In fact, Domingo did start out as a baritone as he had always had a rich lower register. Throughout his career, Domingo’s “voice has been extremely attractive and quite individual in timbre, having considerable liquidity… The bottom sometimes has a trace of huskiness, which he often turns to coloristic effect.” There can be no doubt that Domingo possesses a combination of lyrical flexibility and dramatic power that allowed him versatility across the entire tenor repertory.

Domingo was born on 21 January 1941 in the Barrio de Salamanca section of Madrid. His father, Plácido Domingo Sr. was of Catalan and Aragonese ancestry, and he played the violin for opera and zarzuela performances. In addition, he sang baritone roles in zarzuela, the Spanish equivalent of the Viennese operetta, mixing musical numbers with spoken dialogue. He made a couple of recordings and was looking at a promising career when he severely damaged his voice. Plácido’s mother Pepita Embil Domingo hailed from the Basque region, and she was a professional singer who made her debut at the Teatro Liceo in Barcelona, Spain’s most important opera house. The parents met on the zarzuela stage, and eventually joined a zarzuela company that travelled to Mexico. After a successful tour of Latin America, the Domingo family—including eight-year-old Plácido—decided to settle in Mexico City and establish their own zarzuela company. 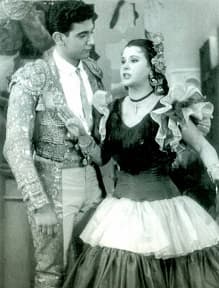 Mrs. Domingo recalled that she and her husband knew that little Plácido would be a musician from the age of five, “due to his ability to hum complex music from a zarzuela after seeing a performance of it.” Domingo started piano lessons, and he won a singing contest for boys. Together with his sister, he was recruited to perform children’s roles for the company. 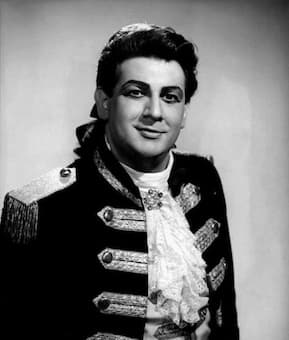 Domingo entered the National Conservatory of Music in Mexico City at the age of fourteen, attending conducting classes taught by Igor Markevitch and studied voice under Carlo Morelli, the brother of Renato Zanelli. His first professional engagement was as accompanist to his mother in a concert at Mérida, Yucatan, in 1957. He also joined his parent’s company, singing baritone roles in productions of “My Fair Lady,” and other productions. In all, Domingo appeared in 185 performances in various cities in Mexico. Domingo auditioned for the National Opera in Mexico with several baritone arias in 1959. Apparently, he was also asked to sight-read roles in the tenor range. He received a contract as a tenor for secondary roles on the spot, and his first role was as Borsa in Verdi’s Rigoletto. 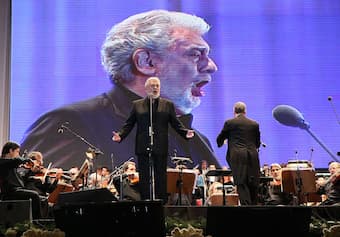 In 1961, Domingo performed his first leading role in “La Traviata” in Monterrey Mexico. And in November 1961 he made his American debut with the Dallas Civic Opera Company in the role of Arturo in Donizetti’s Lucia di Lammermoor with Joan Sutherland in the title role. He continued to perform in the US, and in 1962 signed with the Israel National Opera based in Tel Aviv. During his tenure in Israel, Domingo sang in about 280 performances in 12 roles. He subsequently signed with the New York City Opera in 1965, and gave his debut in Puccini’s Madama Butterfly on 17 June 1965. 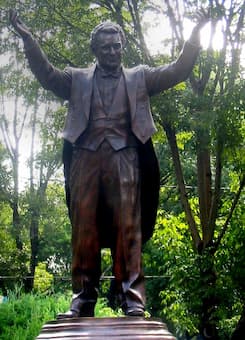 His debut at the Met in New York took place in 1968, and he has since “opened the season 21 times at this venerable location, easily surpassing previous records.” Domingo easily conquered the operatic world with performances at the Vienna State Opera (1967), Lyric Opera of Chicago (1968), San Francisco Opera (1969), La Scala (1969), Philadelphia Lyric Opera Company (1970) and Covent Garden (1971). A reviewer in 1970 wrote, “Domingo is almost too good to be true, the possessor not only of a superlative voice, but of a kindly, modest temperament that stands correction without fuss. Widely regarded as the supreme lyrical dramatic tenor of the late 20th century, he is “an actor of exceptional passion and commitment as well as a singer of warmth, intelligence and fine taste.” Even today, Domingo keeps an extremely busy performing and appearance schedule guided by his personal credo, “if I rest, I rust.”