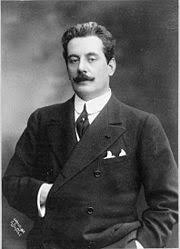 When the original two-act version of Madama Butterfly premiered in Milan on 17 February 1904, the audience was not impressed. Puccini had struggled to complete the score, and there simply wasn’t enough time for proper rehearsals. Despite notable singers Rosina Storchio, Giovanni Zenatello and Giuseppe De Luca in lead roles, the opera was withdrawn after the premiere. Puccini rewrote substantial portions of the work, casting it into three acts. This second version first played in Brescia on 28 May 1904, and it turned out to be a resounding success. By 1906, this second version premiered in the United States, but still dissatisfied, Puccini wrote a third version, which was then given at the Metropolitan Opera in New York City. Puccini was still not happy and made changes to the orchestral and vocal scores in a fourth version, which was performed in Paris. Finally, in 1907 Puccini made his final revisions to the opera in a fifth version, and you are likely to hear this version in performance today. 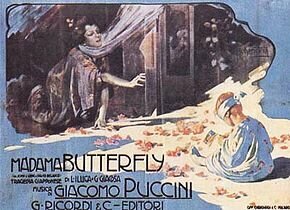 We know that Puccini assembled and studied collections and recording of Japanese music, and consulting specialists, he incorporated a significant number of authentic Japanese melodies within the opera. Since Puccini did not verbally elaborate on his musical borrowings, some scholars have argued that the composer was preoccupied with creating an authentic Japanese setting. Others have suggested that he simply wanted to produce an exotic atmosphere rather than an accurate musical portrayal of Japan. And naturally, some cultural critics see Puccini’s use of Japanese melodies as a manifestation of musical orientalism, a Western privileged depiction of musically and culturally foreign and inferior Others. Various agendas and popular points of view will undoubtedly continue to drive the discussion. However, it might be worth remembering that Puccini’s use of “Miyasan,” a popular Japanese military song from the early Meiji Era, “Kimigayo,” the Japanese national anthem, and “Nippon Gakufu” piano arrangements of Japanese melodies places one of Puccini’s most enduring works squarely within the musical context of late 19th century Japanese culture.