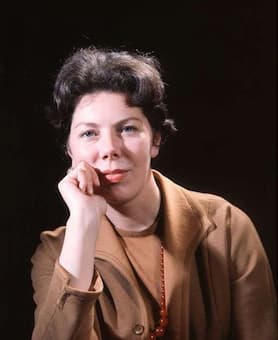 Janet Baker, born in Yorkshire on 21 August 1933, considers herself perfectly lucky. “I have all the thing which, to the outward eye, spells success,” she writes. “A marvelous career, the kind any performer dreams about… All my working life I have tried to avoid labels and maintain an image which transfers equally between all aspects of performing—the stage, the concert platform, and the recital field.” Baker never had a formal musical education, but her father was an engineer who sang in the Police Choir. She attended the annual choir festivals in York Minster, and recalls “The sound of those voices in that setting was unbelievable. But it used to irritate me when people did things badly. When I began to sing in these choirs, I was a high soprano at the time, it annoyed me if somebody next to me did not seem to know what to do with a musical phrase. I was probably a very nasty and arrogant little girl.” Her teachers felt that she had some musical talent and predicted that she was going to be either a singer or a writer. 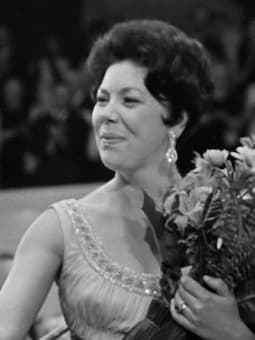 Baker won a scholarship to York College School, but as her father changed his job, she ended up in Grimsby. Devastated at having to leave the York choir, Baker did not sing for about eighteen month, and found “that her voice had fundamentally changed.” Once the family returned to York, Baker went to work in a bank and studied music in her spare time at Leeds. She joined the Leeds Philharmonic Choir singing under Malcolm Sargent. At some point she was asked by conductor Allan Wicks to take a small solo in Haydn’s “Nelson Mass,” and the soprano soloist Ilse Wolf suggested that Janet should go to London to study with her vocal teacher Helene Isepp. Baker asked for a change of bank office to London and started lessons with Isepp after banking hours. Baker remembers, “Because of the huge amount of work done in a London bank, I was tired out before I got to her; six months of that was enough. I know I had to make a decision. I decided to take the plunge, and made up my mind that I was not going to be a mediocre sort of singer. It had to be all or nothing.”

Janet Baker Sings Purcell’s Dido and Aeneas, “When I am laid in earth”

Baker started to earn money by singing at weddings and funerals, and she had an audition for the BBC in the spring of 1955. Her first radio broadcasts were well received, with commentators praising her warm, compassionate singing. Baker decided to enter the competition for the Kathleen Ferrier Prize in 1956, and described the finals as “one of the most awful days in my life.” Baker always hated the idea of competing with people, “because it’s a matter of opinion who is the best.” Barbara Robinson won the first price, and Janet came in second. The press called her “a sensitive musician with a voice still undeveloped but of great potential beauty and subtlety, and the judges including Sir Arthur Bliss, Lord Harewood, Astra Desmond, and Joan Cross recalled, “The moment I heard Janet sing my whole heart lifted for here was somebody who had a lovely technique as well as a good voice. As far as I’m concerned there was only one singer at the competition, and that was Janet Baker.” Concurrently, Backer prepared for her first operatic appearance at Oxford University. Singing the role of “Miss Róza” in Smetana’s The Secret, garnered high praise and a critic wrote, “She presented a thoroughly credible character, and her singing was unusually true and distinct; so good a voice, together with such taste and feeling for the stage, should taker her far.” 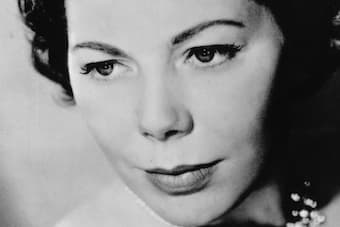 In addition, Baker had her eye on the interpretation of Lieder. As such, she attended the legendary Lotte Lehmann master classes in London and studied with Meriel St Clair. “Meriel really opened the door for me to French music,” she writes. “She was very sensible, never trying to alter my technique but just helping me in interpretative matters, and also in improving my stage presence…I had not learnt the secret of unlocking what I felt, and Meriel said that however hard I was trying I was looking like a lump of pudding. That shocked me terribly, and it is the most difficult thing one has to learn. It’s the moment that you change from a student and executant into a performer. The real step is taken by something psychological inside yourself.” Baker carefully established herself as a concert and oratorio singer, “performing all the stock oratorios up and down the country, and the music societies,” and winning special praise for her performance of Handel operas. Her Covent Garden debut came in 1966 when she sang “Hermia” in Britten’s Midsummer Night’s Dream, and her perhaps single greatest success as a song recitalist took place in New York in the same year. “On that occasion her personal magnetism and sense of communication won her an entirely new audience.”