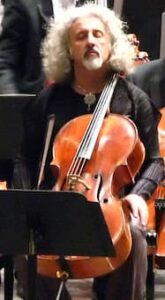 Happy Birthday Mischa Maisky, born on 10 January 1948 in Riga, Latvia. Maisky has the distinction of being the only cellist in the world to have studied with both Mstislav Rostropovich and Gregor Piatigorsky. The legendary Rostropovich praised Maisky as “one of the most outstanding talents of the younger generation of cellists. His playing combines poetry and exquisite delicacy with great temperament and brilliant technique.”

Flamboyant, outspoken, and always unpredictable, Maisky brings a decidedly romantic and super-charged intensity to classical music of all periods and styles. In fact, his approach to his beloved Bach has courted a good bit of controversy. Completely unconcerned, Maisky is adamant that “Bach was so far ahead of his time that he’s probably spinning in his grave as he watches us trying to go back 300 years. He was such an innovative and experimental person by nature that he would be appalled if he were to see how we argue amongst ourselves about how to play his music correctly. There is no correct way.” 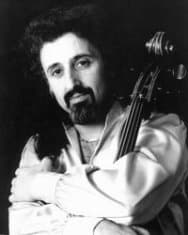 Today, Mischa likes to call himself “a citizen of the world. My cello is Italian, its strings are German, and its bow is French,” he says. At the time of his birth in 1948, however, the Soviet iron curtain had just descended upon Latvia. Maisky comes from a Jewish family of Ukrainian heritage, and his father was sent to Latvia from Russia to work after the war. Music had always played a big role in the Maisky family, and Mischa was the youngest of three children. He relates that his “older sister Lina was a pianist, and that his brother started as a violinist but switched to musicology, organ and harpsichord because of his passion for Bach. When it was my turn, my mother said that she wanted to have one normal child, since having two children study music was more than enough.” Afflicted by hyperactivity and ADD, his parents took him to see a psychologist, and Maisky jokes that he made two important decisions at the age of eight. “First of all,” he related, “I quit smoking after I got hold of a big Havana cigar that made me very sick, and I also began to play the cello.” 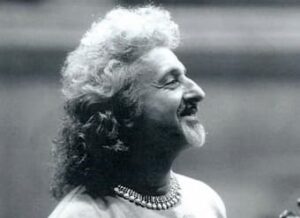 Maisky obtained a place in the Children’s Music School in Riga, and then at the Riga Conservatory. When his brother moved to Leningrad, Mischa went along to continue his studies for the next four years. Maisky recalls, “It was strict and not easy. The Soviet music education system is famous in the West but it was very rigid; absolutely no way of individualism, but results were impressive.” In 1965 he made his debut with the Leningrad Philharmonic that earned him the nickname “Rostropovich of the Future.” One year later he moved to Moscow to study at the famed Conservatoire, and competing in the Tchaikovsky Competition, he took sixth prize. “I was the only participant out of five Soviet cellists,” he remembers, “who wasn’t a student of Rostropovich at the time. He was on the jury and tried to push me further down in the competition in order to make sure I was only awarded a Diploma, and thus preparing me to win the following year.” Maisky still does not agree with the idea of music competitions, since he believes “music is too subjective a field to be judged as if it were a sporting event.” His competition participation, however, did win Mischa the opportunity to study with Rostropovich. This was a dream come true, he says, as “everyone knows that he was one of the greatest cellists of our time. But I believe, incredible as it may sound, he was even greater as a teacher. He had an incredible imagination and fantasy, which was just too much for this wooden box.” 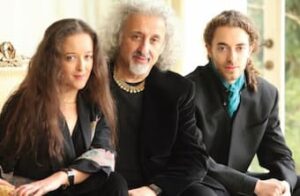 Mischa Maisky with his musician children

Maisky studied with Rostropovich for four years, and he habitually recorded his lessons on a tape recorder. When the machine broke, he looked for another tape recorder on the black market and was promptly arrested by Soviet authorities. According to Maisky, “the real reason was that my sister had immigrated to Israel with her family in 1969 and they thought I would follow. My concerts disappeared, and I wasn’t allowed to go abroad… So I spent four months in prison and then fourteen months shoveling cement, doing my part to build Communism, instead of playing the cello.” He didn’t touch his cello for two years, but “was grateful for my destiny and even to Soviet authorities for arranging this experience…I got a more complete life education and mind experience, which affected my development as a human being and then musician.” 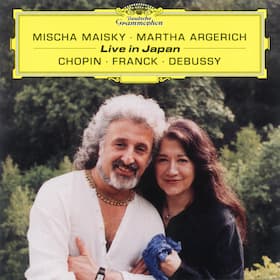 In 1972, Maisky was allowed to immigrate to Israel, to “start a second life,” as he calls it. On scholarship from the America-Israel Cultural Foundation, Maisky studied with Piatigorsky in the United States, and he made his American debut at Carnegie Hall in 1973. Maisky has worked and collaborated with the greatest musicians and conductors, but considers Martha Argerich “his most important colleague.” Two of Maisky’s children are professional musicians, and he frequently performs with them. “Playing with your own children,” he explains,” is something quite unique and difficult to describe in words. It’s a very special emotion to share the stage with your own children.”