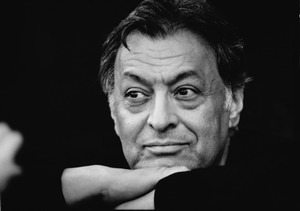 Doing telephone interview is nerve-racking because the communication between you and the interviewee relies on one thing- the voice. It is even more nerve-racking when the voice is from one of the greatest conductors in the world, Maestro Zubin Mehta. Maestro Mehta was in Florence when I made the telephone call. This beautiful city in Italy, birthplace of the Renaissance, is currently hosting a ‘Mehta Festival’ to celebrate half a century of close connection with Mehta, who made its debut there in 1962. And about a month ago, he just received one of the highest awards in Israel, the Presidential Medal of Distinction from President Shimon Peres. Maestro Mehta and his beloved Israel Philharmonic Orchestra will soon be in Guangzhou Opera House to celebrate the arrival of 2013. My heart was pounding when the phone rang. Then I heard a deep, warm and friendly male voice, just like the Florentine sunshine.

JL: Many people said that the future of classical music is in China. How do you see the recent development of music in this part of the world?

ZM: It is wonderful to see so many young people in China who are passionate about classical music. Salute to the Chinese parents and good teachers! You can see that there are many world-class soloists from China and new halls are being built. I was in Shanghai in 1994 and as far as I remember, there was only one small concert hall. But now, there are opera house, concert halls and many other things. It is inspiring.

JL: Is there any reasons behind the programme for Guangzhou? Do you usually discuss programmes with the orchestra?

ZM: Always! For the Guangzhou concert, we are presenting the familiar and unfamiliar- Brahms Symphony no.1 and Beethoven’s Leonore Overture, sandwich between is Hindemith’s Symphony: Mathis der Maler. We are looking forward to play in this new hall in Guangzhou. If we had more days, we would have loved to give master-classes and be in touch with the community, like what we did in Sao Paulo.

JL: Have you ever been inspired by the audience?

ZM: Audience is moved by the orchestra and we try to create that special moment. Musicians come and go, but classical music will never die. Don Giovanni is like Mona Lisa. 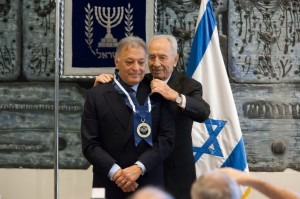 ZM: My father. He was a violinist and he had a great influence on me. In my childhood, I spent a lot of time in an orchestra, which was founded by him. I grew up in the orchestra. Also, my teachers in Vienna. I spent 6 or 7 years in Vienna where I went to rehearsals and concerts given by legendary conductors, like Erich Kleiber, Karl Böhm, Herbert von Karajan. I learnt a great deal.

JL: If you had your life again, would you choose to be an instrumentalist or a conductor?

ZM: Conductor. My orchestra is my instrument. I would still choose the orchestra.

JL: You have achieved a lot in life. Is there any project or recording that you would like to do in the future?

ZM: So many operas, symphonies. I also look forward to coming to Hong Kong. I have not been in the city since 1997.

JL: Do you have a motto in life?

ZM: My family and my music. They both look after me very well.