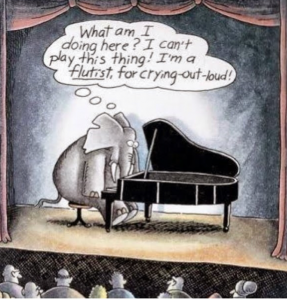 A musician’s pre-concert anxieties often show up in our worst nightmares—you are on stage and have no idea what piece you are playing, or you show up for the concert and you are the piano soloist (you don’t play the piano), or no matter how hard you try, you cannot get to the concert hall—your feet drag as you struggle to move and you are quite relieved when you awake in confusion, and in a tangle of sheets. Sometimes your instrument morphs into some nightmarish creature and comes to get you. Certainly, a cellist’s worst nightmare is descending to hell and finding you have to play Pachelbel’s Canon for all eternity! The cellist of the Piano Guys defies that fate in his rendition.

The funny thing is, strange mishaps happen in a musician’s life. I’ve woken up in horror in the middle of the night realizing that I left my instrument backstage at a concert hall. I’ve gone to the wrong venue, and even left a bow on an airplane. Consider the now famous story when pianist Maria João Pires prepared the wrong Mozart piano concerto and discovered the error onstage when the orchestra began playing a different concerto!

Just this month, I had an out-of-town performance, which includes a PowerPoint presentation. The presenters assure me that my recital partner, Heather MacLaughlin, would have a wonderful Steinway grand to play in the recital hall. I nervously consult my list of the things I need—two music stands: check; cello and bow: check; computer, adaptor, power cord: check; sheet music and written notes: check; a puck for the pesky endpin that could slip at the most inopportune moment, rosin for the bow, and extra strings should one break during the concert: check; and most important, snacks for the drive, and enough gas in the car: check. 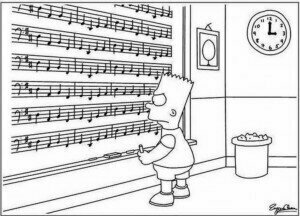 Playing is the easy part. My stomach clenches when I think of the likely technological complications…no projector or screen, or they won’t know how to hook it up, or the PowerPoint won’t work, or the more common problems—no decent chair, inferior lighting, no place to warm up, the hall will be freezing, or we arrive on the wrong date, like the dream I had the previous night.

Despite road construction and traffic jams, we arrive well in advance of the performance. The fine arts building is a huge structure housing not only two concert venues, but also the theater, and the fine arts, and music departments. We hurry inside to set up, wasting precious time lost in the maze of corridors and classrooms. Someone finally leads us to the recital hall and to my delight, a very competent technology person has the projector going, the screen in position, the cords available, and in no time, my computer is hooked up. The piano, concealed under a thick, black quilted cover, has been pushed to the extreme left side of the stage but it’ll be no sweat to remove the cover and put the piano in place, now that the technology is working. 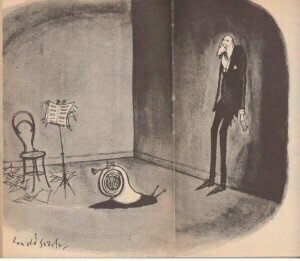 We heave the cover off and muscle the piano to the middle of the stage. As I start unpacking my cello I hear a little squeal of dismay. “The piano is locked!” Heather whispers. She asks the technology person if he has the key. “Just have to track down the building manager,” he says, “Hopefully she hasn’t left for the day.” Several minutes click by but he returns triumphant, with a key. After wiggling it this way and that, he realizes it’s not the right key, and scurries up the aisle, out of the hall, and down the long corridor. It is now 15 minutes prior to concert time. Not a young man, he returns gasping, forgoes the stairs, and leaps onto the stage clutching a key. He tries it. We hear several expletives because this one doesn’t work either. Heather and I exchange a glance verging on panic. The technology person rushes off again. Moments before the program is to begin, he appears wheezing alarmingly, with a third key. It magically releases the ivory keys with just enough time for Heather to play one quick scale before the performance. Who knew the piano would be wearing a chastity belt? 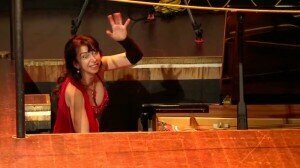 Brazilian pianist, Eliane Rodrigues handled her piano malfunction nightmare with aplomb. She began her program of Chopin’s Preludes, Polonaises, and Piazzolla’s works, with Chopin’s Polonaise Fantasie Op.61 only to discover the sostenuto pedal had a mind of its own. Once she hit a note the tone kept ringing, and ringing—pedal without using a pedal. “Alo?” Rodrigues said attempting to get the stage manager’s attention. The dilemma was conveyed to the staff and one could hear a flurry of activity offstage as they hurried to find a substitute piano. Rodrigues continued to play a few non-programmed tunes while the stagehands rushed onstage. They unlocked the wheels of the piano to position it deeper into the stage. Rodrigues stood and remained standing and playing as they cordoned off the piano and the piano bench. The audience watched as the piano and Rodrigues lowered—down, down, disappearing into the bowels of the stage. She could be heard from the depths. Within a few moments the audience caught sight of the top of Rodrigues’ head, and the piano and the pianist ascended into view, Rodrigues still standing and playing a different piano.

And can I tell you how many times the sheet music has fallen off the music stand…even into the audience?

My latest nightmares involve keys— missing keys to my cello case, the piano, and the concert hall. Or who hasn’t experienced a locked dressing room or green room door? In my dream for some reason, I am wearing pajamas and my cello and my concert attire are locked inside just before a solo performance. From now on “keys” will be on my checklist. Despite my list, performance problems will plague musicians. What could be more embarrassing?