“What Could be More Embarrassing?” 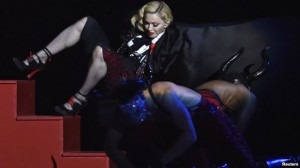 Recently, Madonna fell backwards down a staircase tripping on her Matador cape during a live performance on the BRIT Awards. Beyoncé and Lady Gaga too have taken embarrassing tumbles while performing.

Classical musicians are not immune. Even conductors such as the legendary former director of the New York Philharmonic, Kurt Masur, lost his balance during a movement of Tchaikovsky’s Symphony No. 6 when he was conducting the National Orchestra of France. Leonard Bernstein, in 1982, fell off the podium in Houston while conducting Tchaikovsky, (maybe Tchaikovsky is the culprit?) and two years later he plunged again while leading the Vienna Philharmonic in Chicago. And the Metropolitan Opera’s conductor, James Levine, took a bad spill off the stage, tearing his rotator at Boston’s Symphony Hall in March of 2006. Thankfully the singers and conductors were able to make comebacks.

One has to wonder if perhaps there is a reason with conductors at least. Fritz Reiner, the irascible conductor of the Chicago Symphony in the 1950’s is purported to have said, “Podiums, are expressly designed as a conspiracy to get rid of conductors.”

Musicians of course are in terror of falling with precious instruments. Whenever I have fallen with my cello I’ve pulled the cello onto my body to cushion the blow, never mind breaking an arm.

There are equally embarrassing but not as dangerous moments among orchestral players such as:

—When you are principal viola of the Minnesota Orchestra and you’ve played both the Bartók Viola Concerto and Strauss’ Don Quixote solo on two separate occasions with your fly open. 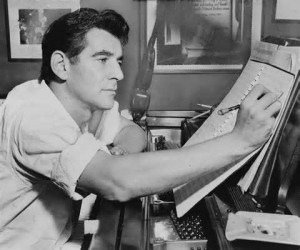 —When you arrive home and hang up your concert clothes after a performance of Mozart’s sublime Requiem at a Catholic Church only to discover that there is a huge rip in the buttock area of your pants. Nobody said anything. Is this what you’d call a “holier than thou” experience?

—When you are trying on a skirt as a cellist. Sheepishly you explain to the sales person that you play the cello while you slash immodestly between your legs to see if you have enough room to spread wide to accommodate the cello. (Sweeping, flamboyant dresses are preferred.)

— When you are in such a hurry that you throw on black shoes not realizing that they are from two different pairs: the left and right are slightly different in height.

—When you find out after the performance that due to the backlighting onstage your skirt was totally see-through.

—When daydreams strike during the umpteenth time you’ve played Tchaikovsky Symphony No. 5. (Tchaikovsky again) You shake yourself from your reveries. Desperately trying to find your place in the music, you actually think you’ve done a great job of faking your part but when the program is repeated the next day, when that very spot in the music is reached, the conductor is staring and grimacing at you.

—When you miss the railroad tracks sign— // that you yourself wrote in the part as a reminder of an upcoming orchestral grand pause, a G.P., or stop, and despite the sign you come in all by yourself.

—When it is the first time ever that you are not involved in the opening piece on the program in your position as associate principal cello. Your conversation is so engrossing that you miss the applause and call to come onstage for the second piece. (Yes, I admit it was I.) 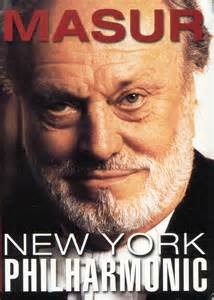 — When there is that awkward realization that you are reading in the wrong key AND the wrong clef. But you don’t feel quite so bad because the conductor is conducting in 4/4 (four beats to a bar) and the piece is in 3/4 (three beats to a bar.) This actually happened when flute soloist James Galway performed with us, Neville Marriner was conducting. The orchestra had to stop in performance. Galway quipped, “Oh Neville! Give me a break!”

—When you are late for a rehearsal (horrors) and after climbing through the bass and viola sections and over the music stands to get to your seat while trying to hold your cello overhead so it won’t bang into anything, the conductor invariably stops the music to ask if you had a good “rest.” He adds that there are no “rests” written in the music where you made your entrance.

—When you are the cello soloist and your endpin—the metal spike that holds the cello—careens forward virtually out of your hands making a horrible scraping noise. But you manage to grab it with your knees without missing a beat. Once your heart calms down you notice that every eye in the audience has been on you.

Ah the life of a performer! All this and more goes on behind the scenes while we play elegant, glorious music.