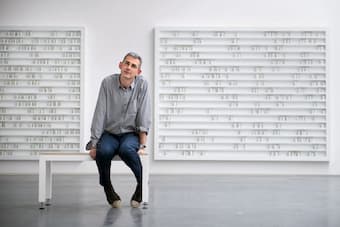 The ceramic art of writer and potter Edmund de Waal focuses on porcelain pieces, usually in a single colour, against a plain background. The installations carry their own rhythm and, when Scottish composer Martin Suckling looked at the works from a musical perspective, he seemed to see patterns of breathing, of inhalation and exhalation within them. Since he was writing a flute concerto, this inspiration seemed particularly appropriate.

To document his pottery, de Waal started his research at the source of white pottery, China. In Jingdezhen, pottery production may have started as early as the 6th century and by the 14th century, it was the center of all Chinese porcelain production. 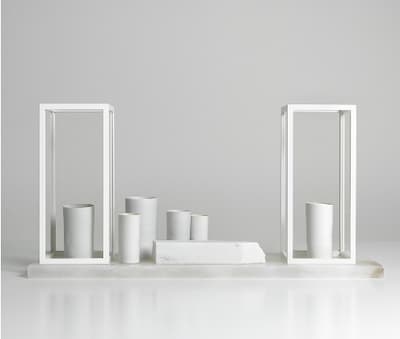 In his book The White Road, de Waal looks at the centuries of perfection in Chinese porcelain and feels that his own works are amateurish at best. The different aesthetics of production for the imperial household and private western artistic production come into play here. 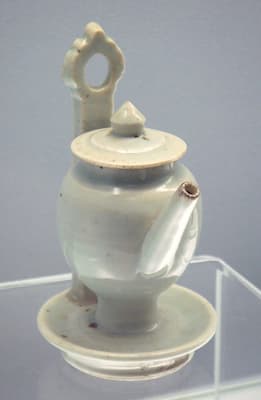 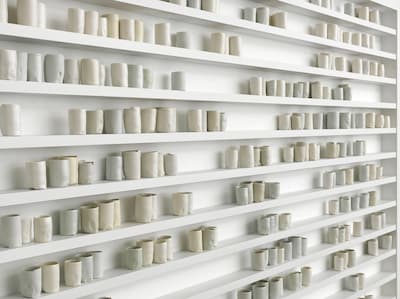 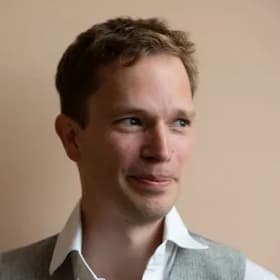 The organizing idea for the 2016 flute concerto, called The White Road, was an interplay between the flute and the orchestra. The composer says, ‘…the flute plays a melodic fragment and the orchestra responds with an increasingly lush microtonal chord.’ The White Road goes through ‘seven main landscapes.’ The first is antiphonal between the flute and the strings. The second brings in wooden percussion behind the flute and a group of 8 solo strings. The third landscape reworks this section but in an agitated manner – there’s more percussion. The fourth landscape changes the flute line into one alternating with staccato pulses in the brass. A lyrical cello sextet follows, with short flute cadenzas starting each phrase. The sixth landscape is one where the flute has an extended melody, ‘almost a lullaby’ above running figures in the winds and strings. The last landscape comes to a virtuosic conclusion with the flute ascending to the heights.

In a sense, what Martin Suckling sees in de Waal’s progression of white and white-ish pottery is very different than what he produces as a composer. His work is complex and overlaid with sound. De Waal’s pottery begs to be picked up and examined, but for most people, it remains untouchable and remote in its museum or gallery home. We can hear what Suckling designs for the flute, but we cannot even approach what de Waal has designed for his porcelain – is it light or heavy? Is it smooth or rough? Is it to be looked at or used? It creates an interesting balance between the two forms.

The work was written for flautist Katherine Bryan, who the composer had known since they were both in the National Youth Orchestra of Great Britain. Two decades later he created his own personal view of the White Road for her.