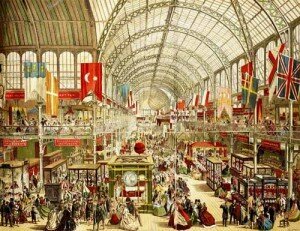 The art of music is inexorably linked to the dimension of time. As such it fundamentally mirrors the sense of movement or journey that is an essential element of the human condition. Humankind has migrated to every corner of the world, and this constant change in geographic locations has long benefitting both travelers and the local population. This kind of cross-fertilization has not only enriched trade and industry, but stands at the heart of the art of music. Working in the cosmopolitan city of Hamburg, Georg Philipp Telemann assimilated contemporary influences and musical impulses from his environment and skillfully integrated them into his own work. He was praised for “mastering almost every musical genre, and the musical styles of all the nations, with equal ease and vigor, without in the slightest confusing or compromising his own taste, which remains always beautiful, excellent and constant.” And in his “Character Overtures,” he portrays idiomatic elements of various regions or peoples from the perspective of his time. Although the nickname “The Nations” was not appended to his overture suite TWV 55:B5 until 1969, it nevertheless offers a series of delightful musical snapshot of people and places. 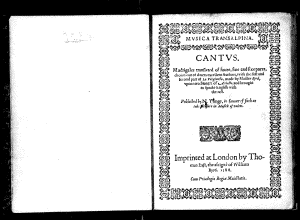 The exchange of goods and ideas in Italy and Europe has long depended on trade routes around the Mediterranean and across the Alps. And the Maritime Italian Republics of Genoa and Venice, particularly from the 12th century onwards, allowed for substantial movement of products and people. Venetian mainland trade routes within Europe followed the Po Valley to Germany, Flanders, and beyond. And while the import of spices, silk and precious stones guaranteed the fortune of a good many cities along the way, it also served as an intellectual and musical pathway. In 1583 and 1585 Pierre Phalèse of Antwerp issued three anthologies of Italian madrigals, the most important secular form of music in Italy since the 1520s. 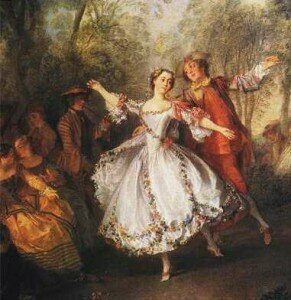 Now is the Month of Maying

Three years later, the Italian madrigal made its way to London with Nicholas Yonge publishing two anthologies of Italian madrigals with English texts in 1588 and 1597. Famously known as “Musica Transalpina” (Music from across the Alps), it played a crucial role in the development of the English madrigal and fertilized musical consciousness in England in general. The English composer Thomas Morley writes in 1601, “The light music hath been of late more deeply dived into so that there is no vanity which in it hath not been followed to the full; but the best kind of it is termed madrigal.”

Thomas Morely: Now is the Month of Maying 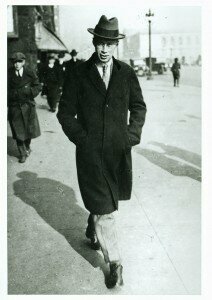 Sergei Prokofiev openly welcomed the Bolshevik Revolution of 1917. He glowingly wrote in his autobiography, “The February Revolution took me by surprise in Petrograd. Like those circles in which I moved, I welcomed it joyfully.” Looking upon the revolution as a radical break from tradition, he even toyed with the idea of adding his revolutionary musical voice to the political and social expressions of Russian dissent. In the end, however, he sought permission to go abroad and secured an exit visa from Anatoly Lunacharsky, the People’s Commissar of Public Education. On 7 May 1918 Prokofiev travelled from Petrograd through Siberia to Vladivostok and then on to Tokyo, where he gave some concerts. Eventually he arrived in New York at the beginning of September 1918. Initially, Prokofiev was determined to exclusively focus on interpreting his own compositions, and he declined a 1919 commission from the Russian Jewish émigré ensemble Zimro. Simeon Bellison, one of the foremost clarinetists in Russian and close friend of Prokofiev had founded the ensemble in 1917. The troupe was collecting funds for the creation of a music conservatory in Jerusalem, and Bellison was looking for repertory that would support the unusual instrumentation of string quartet, piano and clarinet. Eventually the composer recognized the potential for musical cross-fertilization, and the Overture on Hebrew Themes premiered with Prokofiev at the piano on 20 January 1920.