Philosophy is the study of the fundamental nature of existence and how we human beings behave. It also helps to prepare us for the end of our lives. Music can also offer us an understanding similar to what the study of philosophy teaches us.

There’s an uncredited quote that says, “Music is philosophy that needs no explanation.” What this quote says is that music can offer everyone the wisdom of life without having to study, go to college or read books. While studying will help increase your love and knowledge of music, and life, music speaks what cannot be expressed. You can learn about the world and yourself, simply through listening to music. 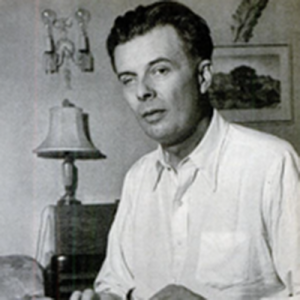 At times, I have often struggled to say the right thing at the right time; I’m guessing that most of us have. And on many occasions, I have remained silent because it is so hard to express how I feel. Aldous Huxley said, “After silence, that which comes nearest to expressing the inexpressible is music.” While I see this as true, I have given my music to some people to show how I am feeling about them or to say I am sorry. However, my experience has been, the music that I gave to these people, has not said what I wanted them to hear or feel. At least their reaction didn’t offer me the hope that they understood what it was I was saying in my music.

Like words, music can mean different things to different people. But, for me, music creates feelings and emotions that written or spoken words cannot.

A friend of mine died earlier this year, she was only fifty. I wrote a piece of music to express how I felt about her and to show how she was never sad and always upbeat, even though she had a terrible disease. I might have done better to tell her how I felt, but again, words failed me. I finally got to say what I wanted to say about my friend through music, but it was too late for her to hear it. Yet, it means so much to me, and I know others, that we can now remember her through the music I wrote.

Gustav Mahler said, “If a composer could say what he has to say in words, he would not bother trying to say it in music.” I am glad that Mahler wrote music instead of words. His 10 symphonies say more to me than any book of philosophy can. Each symphony is jam-packed with the experiences of life. All the way up to his 10th symphony, you can hear how he expresses what happens in life and offers us a musical illustration of life’s joys and sadness. Mahler’s final symphony and his Four Last Songs, prepares us for the end of life and coming to terms with our mortality, and that’s what most philosophy is about; preparing us for death.

Music and philosophy go hand in hand. Both speak about the fundamentals of life, though they use a different language. However, music is more open-ended at explaining or sounding out human experiences and showing our emotions. 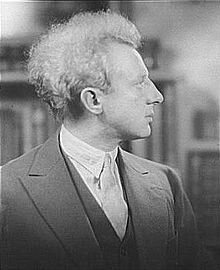 One day after the September 11 attacks, I attended a concert by the Sydney Symphony Orchestra, in the Sydney Opera House. The conductor said the orchestra was going to play a piece of music in memory of everyone that died in those attacks. They played Samuel Barber’s Adagio for Strings. When it was over, no words were needed to be said. No words could be said. Everyone felt the pain of what had happened, and the deep philosophical impact of the attacks were unambiguous to everyone there.

It’s rather ironic that the only other form of communication that holds as much philosophical knowledge as music is silence. Leopold Stokowski, the great conductor who had a long association with the Philadelphia Orchestra said, “A painter paints pictures on canvas. But musicians paint their pictures on silence.” And in music, it’s the silences that can say as much as the music. Music sets up the need for silence. It distances the expression of ideas and statements between each section or phrase.

In silence, we can find as much philosophy as there is in music. But in music, as in poetry, we can feel what it means to be alive. Music offers an unspoken philosophy that can help you on your journey through life.