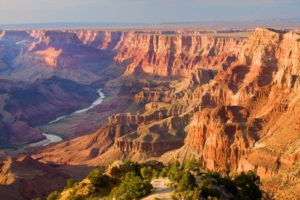 Judging from the number of articles floating around these days, if you’d ask people what they miss most during this quarantine, the majority would probably answer “the ability to travel.” We’ve become incredibly mobile in the 21st century, and a quick trip here or there has become part of our daily lives. Once again, technology like virtual reality can help us to take a number of armchair holidays, whether we are talking about live-streamed concerts or 360-degree walking tours of iconic tourist destinations or museums. Concurrently, music has always had the ability to take us to far-flung destinations without us ever leaving the sofa. If you are like me, you are probably staying informed on the number of new infections every day. So we’ve put together musical tours to the eight countries hardest hit by Covid-19 for emotional support. And that means that we start our musical holiday with an aural journey to the United States, and the glory of the Grand Canyon.


Located in Granada, Spain, the palace and fortress complex known as the “Alhambra” originated during Roman times. Yusuf I, Sultan of Granada, converted it into a royal palace in 1333. Built for the last Muslim emirs in Spain, Moorish poets describe it as “a pearl set in emeralds.” And in the year 2000, composer Julian Anderson composed his Alhambra Fantasy, “relating to different facets of the history, beauty and architecture of the magnificent Alhambra Palace in Granada, Spain.”


When Ottorino Respighi was appointed professor of composition at the prestigious Conservatory of Santa Cecilia in Rome in 1913, he produced two tone poems that brilliantly evocate the Eternal City. Respighi wrote, “In these symphonic poems the composer has endeavored to give expression to the sentiments and visions suggested to him by pine trees in four locations contemplated at the hour in which their character is most in harmony with the surrounding landscape, or in which their beauty appears most impressive to the observer.” 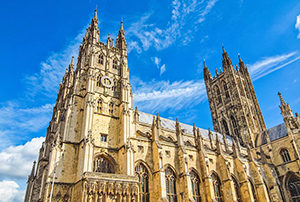 Inspired by the 13 famous gardens of Paris, the poet Daniel Schmitt wrote 13 poems, which were given the collective title of “Les Jardins de Paris.” Each garden evokes the memory of a real or imagined situation, which is translated by Marc Berthomieu into music. Marc Berthomieu was a musician of many talents, and he even played at the famed Montmartre cabaret “Au Lapin Agile,” just as Erik Satie had done some fifty years earlier at the nearby “Chat Noir.” Berthomieu won the prestigious Prix de Rome, and for his literary works he was awarded the Jean Cocteau Prize in 1981.


Die Meistersinger von Nürnberg by Richard Wagner premiered to great acclaim at the Munich Court Opera on 21 June 1868. A good-natured comic parable about the relationship between art and those that create it, Meistersinger is unique among Wagner’s mature operas as it is set in a historically well-defined time and place rather than a mythical or legendary setting. It takes its inspiration from the Renaissance guild of Meistersinger (Master Singers) active during the 16th century in the imperial city of Nuremberg, Germany.

Canterbury Cathedral has been a place of worship for more than 1,400 years. Its history is intrinsically linked to English history and heritage. From its first Archbishop, Augustine, who established Christianity in England to Archbishop Langton’s role in the Magna Carta negotiations and the power struggle between King Henry II and Archbishop Thomas Becket, Canterbury Cathedral has seen it all. So let’s take a musical pilgrimage to that impressive site.


One of the most famous structures in the world, the “Great Wall” was first mentioned in the seventh century B.C. After the Qin eliminated six other competitive kingdoms and established a unified Empire, they joined the great walls, which had been built separately on the north borders of the former kingdoms Qin, Zhao and Yan. From the Han Dynasty to the Sui Dynasty, additional work was done on the structure, and in the end “The Great Wall” stretched some 6,700 kilometers from the west end Jiayuguan Pass to the east end Shanhaiguan Pass. Since we can’t physically go there right now, let’s take a musical journey instead.


Alexander Rahbari was born in Tehran, Iran. After receiving his violin diploma, he won a scholarship to study composition and conducting in Vienna. In his eight symphonic poems “My Mother Persia,” he relies on the melodies, rhythms and improvisations in the style of Persian traditional music. His first symphony is subtitled “Nohe Khan,” which designates a singer—usually a tenor—who sings in various religious ceremonies. Enjoy your virtual musical journeys, and please stay healthy in body and spirit.