Australia is blessed with oodles of outstanding music groups that play across styles and genres. Many go hand-in-hand with the fresh and lively music that Australian composers create. These eight ensembles highlight what is best about Australia and its diverse music scene. 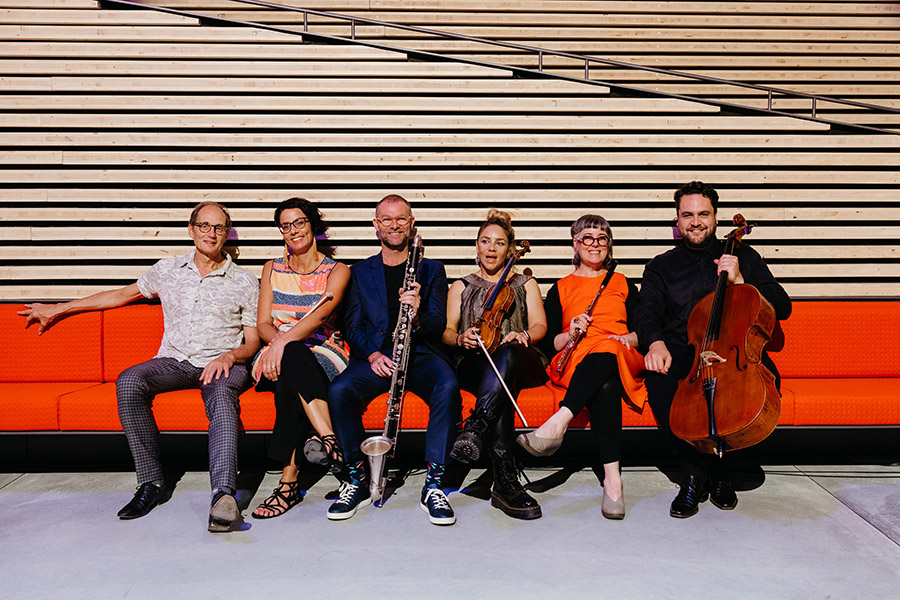 Sydney based Ensemble Offspring are Australia’s musical mavericks, championing living new music in all its forms. A group of Australia’s most innovative and virtuosic instrumentalists, led by acclaimed percussionist, Claire Edwardes, they celebrate living composers and create musical experiences that stimulate the senses and pique curiosity. They are winners of the 2019 Sidney Myer Performing Arts Group Award and the 2016 APRA Award for Excellence by an Organisation and have toured widely around Australia and the world. They support emerging and under-represented composers, in particular, championing female and First Nations Australian artists. Over the past 25 years, Ensemble Offspring has fostered the creation of over three hundred works of daring new music. 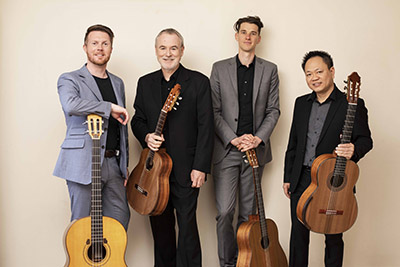 Founded by guitarist Timothy Kain in 1987, now including Matt Withers, Minh le Hoang and Callum Henshaw, Guitar Trek has reinvented the guitar quartet medium through the unique combination of its classically constructed, different-sized guitars. Dobro and 12-string guitars are also paired with these classical instruments to magical effect. With an ever-widening range of classical, popular, Spanish, South American and contemporary Australian works. The versatility of the guitar and the group’s unique guitar ‘family’ are showcased to stunning effect in every performance. Many of the quartet’s back catalogue is on the ABC Classic label with an international release of all Australian works due out on Naxos mid-2020. 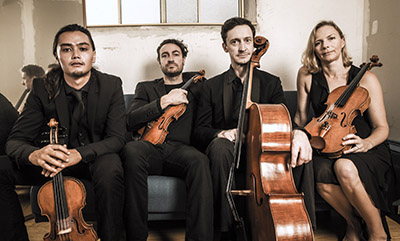 Phoenix Collective brings together high-profile musicians for a captivating recital series showcasing classical music with a uniquely Australian edge. Beginning in 2018 as an initiative of violinist Dan Russell, he sought to play high art music with exceptional musicians that share similar views artistically and emotionally. Frequently renewing its ensembles to provide excitingly diverse programs, Phoenix performs regularly across three cities at five intimate and iconic venues. ‘It’s about bringing people of all ages and walks of life together through our distinctive style of music. We don’t just play the music; we tell the story’. With two new concert series soon to be announced and an ever-increasing recording and external project workload – Phoenix Collective is rising. 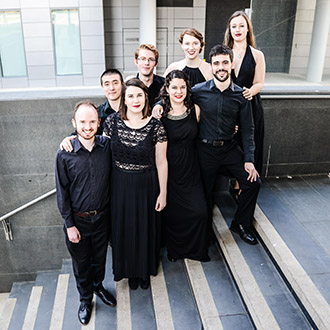 The Luminescence Chamber Singers is a virtuosic vocal consort based in Canberra, Australia. Since the ensemble’s earliest iteration in 2013, Luminescence has quickly gained a reputation for presenting exciting and world-class singing. Typically performing unconducted and unaccompanied. The Chamber Singers present a wide ranging repertoire from the Renaissance to the 21st century, and frequently premiere new music by Australian composers, including emerging composers from within their own ranks. Led by AJ America, Veronica Milroy, and Dan Walker, the ensemble has worked with a diverse range of Australian artists, including Song Company, Ensemble Offspring, Amelia Farrugia, Louise Page, Alice Chance, Gordon Hamilton, Lotte Betts-Dean, Carl Crossin, and Tess Said So.

Founded in 1999, the Canberra Bach Ensemble (CBE) is dedicated to the authentic performance of J.S. Bach’s vocal and instrumental works on period instruments. CBE is led by its artistic director, Andrew Koll. Through scholarly seminars and carefully researched and integrated concert programs, the CBE has been revealing Bach’s vision of a ‘well-regulated church music’ to audiences for more than 20 years, drawing extensively on specialist Canberran and Australian Baroque performance practitioners. They have performed over 40 of Bach’s sacred and secular works, including Cantatas, Masses, Motets and Latin works. 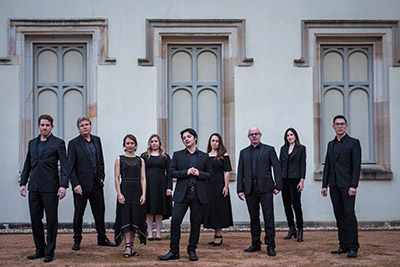 As Australia’s only national professional vocal ensemble, The Song Company is unique in its stylistic diversity, with repertoire and scholarship-based practice spanning the 9th century to today. Led by Artistic Director, international composer and conductor Antony Pitts, The Song Company comprises established Principal and Guest Artists from across the country, a wider collective of Associate Artists, and a consort of Ensemble Artists mentored by Associate Artistic Director, Francis Greep. The Song Company collaborates extensively across genres and art forms, creates and fosters opportunities for aspiring, emerging, and established singers and composers, and provides vital nourishment to the Australian cultural landscape. 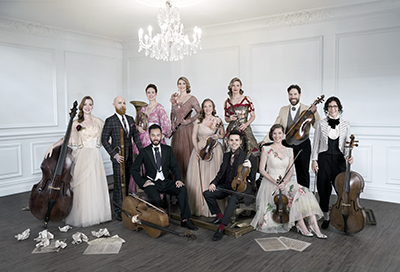 Founded in 2012 by Artistic Director and Principal Violinist Skye McIntosh, AHE has quickly established itself as one of Australia’s leading period-instrument ensembles, specialising in the repertoire of the late Baroque and early Classical eras. Taking its name from the great Joseph Haydn, AHE is based around a core of strings and flute. The Ensemble performs in a variety of sizes and combinations. AHE has developed a flourishing subscription series in Sydney and Canberra and also tour regularly throughout regional NSW and have performed throughout Australia at a variety of festivals. They have also released three highly acclaimed recordings on the ABC Classics label. 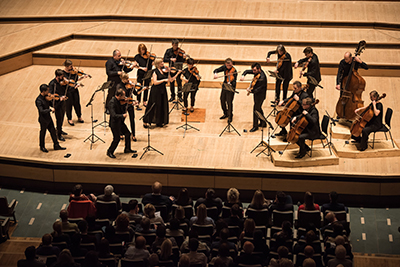 Founded by cellist John Painter in 1975, the ACO is perhaps Australia’s best-known classical music group. Richard Tognetti was appointed lead violin in 1989, and later appointed Artistic Director. While not called an ensemble, with around 17 full time players, this does make them ensemble size. They are regularly joined by local and international musicians and they have played with a variety of performance groups around Australia. Their adventurous musical approach has seen them achieve world-wide acclaim.