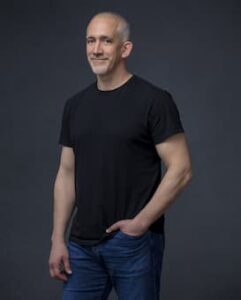 Climate change, according to the United Nations, which is defined by long-term changes in climate and weather patterns, has become an alarming issue that threatens many human lives. Ironically, human activities are considered a primary cause of disastrous weather events. In the past years, more and more people from all sorts of life have been attempting to raise awareness about climate change. In the music industry, a group of musicians is stepping up, using their music and performance to remind us that our dear planet is in danger. American composer Brian Field is one of them. A winner of many notable awards, including the grand prize of the Vivaldi International Competition and the first prize of Briar Cliff Choral Music Competition, Field has recently started a project about climate change. He wrote Three Passions for our Tortured Planet for solo piano and invited many pianists from all over the world to perform and support this project. Field and I were connected under this circumstance. As I am working on recording the pieces, I decided to write an article to share this meaningful project with more audiences.

We connected on Facebook several months ago when you started the project about climate change. Can you tell our readers about this project? How long have you thought about doing this project?

I have been thinking about this topic for several years. The project is a means of creating a steady stream of awareness through music around our planet’s climate crisis, whose long-term impact is greater than world wars, political unrest, or the coronavirus pandemic.

There is a heat wave of historic proportions occurring in the Arctic right now, a region that is already the fastest warming place on Earth. With the warming of the planet, huge glaciers are melting in the Arctic and Antarctica, and, with that, sea levels are expected to rise between 10 and 32 inches (26 and 82 centimeters) or higher by the end of the century. This will also cause a reduction of drinking water, since glaciers store about three-quarters of the world’s freshwater, and are melting into the salt-water ocean. 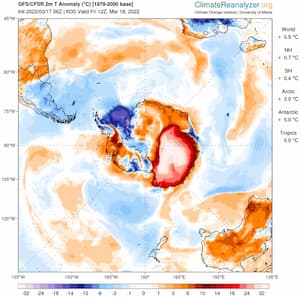 The Arctic has been experiencing an extreme heat wave for the 3rd winter in a row © ClimateReanalyzer.org

Climate change is also causing radical shifts in global precipitation. Some areas of the planet are seeing an increased intensity of rainfall, with hurricanes and other storms becoming more intense, stronger.

Some other regions are experiencing severe drought, causing vast wildfires as we saw recently with the blazes across most of Australia, Brazil and increasingly seen in the United States. Without addressing the root-causes of carbon emissions, large parts of the U.S. face a higher risk of decades-long “megadroughts” by 2100.

Given the urgency of this problem, mainstream media ironically tends only to surface this issue sporadically. Our short attention spans—driven by a furious stream of latest news and entertainment sound bites—prevent mainstream, continued focus and (frankly) interest. I therefore sought to create a means of leveraging both live performance and social media—spread across many months—to amplify this issue through music and hopefully keep this issue more in the fore of peoples’ minds.

“Three Passions for our Tortured Planet” is a set of three solo piano works dedicated to the project. What are the inspirations behind writing the work?

I sought to create a set of pieces that could be played together or as independent movements, and capture a particular aspect of the climate change crisis. The first of the three movements (“…fire…”) is a reﬂection on the forest ﬁres raging across California and the American West on a recurring, and increasingly alarming basis. The work starts with a “spark,” that ﬂickers and quickly spreads, growing more complicated. The ﬁre begins to rage loudly, and across register, building to a climax which eventually becomes more controlled, as it burns itself out and dies.

The second movement (“…glaciers…”) is a distant, stately movement that depicts the enormous ices on earth’s poles. These slow, ponderous moments are sporadically interrupted by rapidly falling, thundering episodes, depicting the shearing of the glacial ice with ever-warming temperatures.

Concluding the set is the third movement (“…winds…”). This virtuosic ﬁnale begins with running winds that become increasingly intense and hurricane/typhoon-like in their destructiveness before dissipating into a barely noticeable breeze.

You have connected with many pianists worldwide to participate in this project by performing this work. How is it going?

It’s going well; I have reached out to over 500 pianists around the world since January of this year and—as you might expect—there’s a great deal of enthusiasm to support the cause and the project. I currently have over 80 pianists who have made commitments to perform or record the work, or parts of the work, through social media. If anyone wishes to participate, the score can be freely downloaded at the project website.

Are there any upcoming new projects regarding climate change?

Based upon the success of this program, my hope would be that it could grow into a broader series of live and recorded concerts/recitals—beyond a single work—to encompass climate-change themed pieces of all sorts and for a variety of instrumental forces. This might then become a multi-city/global concert series.

As musicians, what do you think we could do more to raise awareness of climate change?

How we raise awareness is through consistency and frequency of message—whether it’s this particular piece or others, ongoing programming of works that speak to this crisis is the most impactful role we can play.

If you are interested in knowing more about the project, please visit www.prayersforourfeverishplanet.org.

P.S. Among his many wonderful compositions, I especially enjoy Three Moods for Piano and “Five, Four by Four” for wind quintet (the 2022 grand prize winner in Vivaldi International Competition).