Climate change has been triggering a growing number of natural disasters worldwide. The tragedies, such as tornadoes, floods, and fire, cause death and unimaginable damage to peoples’ homes, their lives, and threaten the existence of wildlife around the globe. Music, as a vehicle of emotional expression, has been used to represent and reflect the trauma caused by climate change.

In my previous article, I interviewed Brian Field, and learned he composed a set of three pieces for piano; he invited pianists all over the world to perform the work to raise awareness of climate change. In this companion article, we will look at other composers using music to express the tragic urgency, and tenacious hope the world is currently experiencing.

Ludovico Einaudi: Elegy for the Arctic 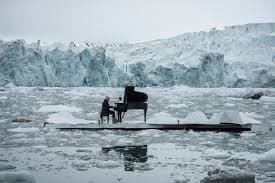 In 2016, acclaimed Italian composer Ludovico Einaudi wrote Elegy for the Arctic to draw attention to the problems of melting glaciers and rising sea levels, and demand responsive action. Einaudi collaborated with Greenpeace, and the team made a stunning video of his performance in Svalbard, Norway. In the video, Einaudi performed on a floating platform surrounded by the icy water in front of the melting glaciers. 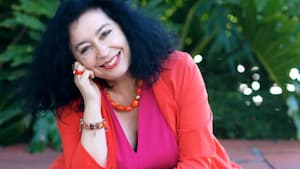 This piece is a reflection of the widespread and devastating floods in Queensland in 2011 by the renowned Australian composer Elena Kats-Chernin. The disaster touched over 200,000 people, causing 33 deaths and thousands of evacuations from towns and cities. Symphonia Eluvium is a 45-minute-long work divided into four movements where the composer captures the “emotional turbulence and noise of the flood” and expresses the optimism of the rebuilding after the event. 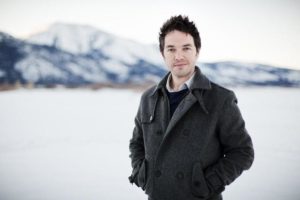 American composer Sean Shepherd composed these two pieces for a commission by the Cabrillo Festival in 2018 and 2021, respectively. Melt is a slow single movement piece divided by “Frozen,” Drowning,” “Liquid,” and “Final;” it expresses the mourning over the disappearance of glaciers. This lament contrasts with Shepherd’s later composition, Sprout. As a “hopeful companion to Melt,” Sprout was inspired by the non-stop recurring natural cycle of life after a disaster. It is set at a much faster pace than Melt. The instruments are assigned to play almost individually at different speeds to imitate other species and their different growing processes. 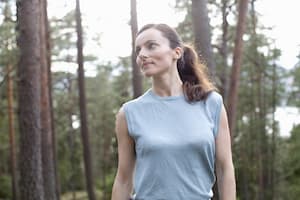 Paragraph 112 was composed by the Norwegian composer and performer Maja S.K Ratkje (b.1973) in 2014 as a commission for the 200th anniversary of the Norwegian Constitution. It was based on Article 112 of the Norwegian Constitution, known as the Environmental paragraph, which states “every person has the right to an environment that is conducive to health and to a natural environment whose productivity and diversity are maintained.” Paragraph 112 is an orchestral work focused on wind, brass, and percussion instruments. This seven-minute-long work is atonal, percussive, and experimental with extended techniques reminding us to continue to preserve and protect our environment.

Chris Hutchings: Let Them Not Say 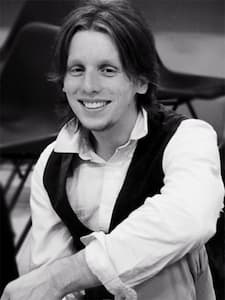 Edinburgh-based composer Chris Hutchings is an advocate of social and environmental justice. Specialized in writing choral music, he also runs #ChoirsForClimate and #ChoirsAgainstRacism to provide resources and share music with choirs about climate change and anti-racism. Let Them Not Say, written for the SSAATTBB choir, was released on Earth Day in 2021 as part of #ChoirsForClimate. The text is by California-based poet Jane Hirshfield. The pitch of the soprano lines is symbolic of global warming; each phrase’s pitch is based on the temperature since 1979, and it slowly rises throughout the work. 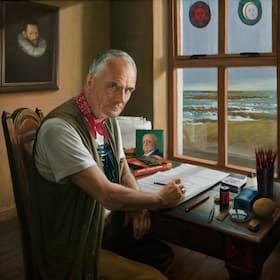 English composer and conductor Peter Maxwell Davies (1934-2016) was one of the most significant figures in post-war European music. His music involves varieties of styles and genres. Since he moved to Scotland and became a resident in Orkney (one of the largest islands in Scotland) in 1971, his music often incorporated Scottish and Orcadian themes, such as The Martyrdom of St Magnus (1976), The Lighthouse (1980, one of his most famous operas), as well as Farewell to Stromness. This piece was written in the late 1970s as one of the two piano interludes of The Yellow Cake Revue, a collection of cabaret songs and recitations. Stromness is a town in Orkney, Scotland, and it was once the proposed site of a uranium mine. Davies wrote this collection as a protest against the construction of the mine. “Yellowcake” is a reference to the uranium found there. 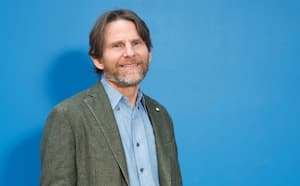 Urban Ocean was written by Grammy Award-winning composer, Steven Mackey in 2013 to raise concerns about the ocean in Southern California. It was commissioned by Dennis and Suzanne Poulsen, supporters of the Aquarium of the Pacific. The Long Beach Symphony Orchestra premiered it under the baton of Enrique Arturo Diemecke in 2013. According to the composer, Urban Ocean “casts the sea as mysterious, deep, vast, powerful and teaming with life of which we can usually only perceive the tip of the iceberg… The two worlds are represented in their distinct sections, then listen to, retreat into, emerge from and overwhelm one another. The end strikes a delicate balance between both.” 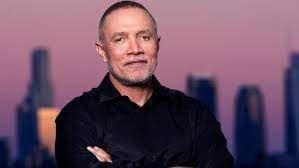 This piece was written in 1990 by the Oscar-winning American composer Michael Abels. According to the composer, the world in the 1990s saw climate change or global warming as a prediction more than the crisis that we are experiencing today. This piece was also inspired by political events, including the collapse of the Berlin Wall and the end of the Cold War. In that sense, the piece reflects the world becoming a more “united” place. The music shows a mix of musical elements from different parts of the world.