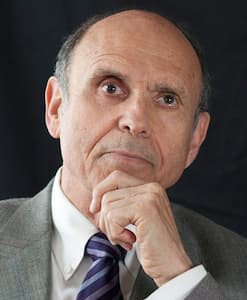 Composer Samuel Adler (b. 1928) was born in Mannheim, Germany, but immigrated to the US at age 11 and was a student of Aaron Copland, Paul Hindemith, Walter Piston and Randall Thompson. He studied conducting with Serge Koussevitzky and joined the US Army in 1950. He founded the Seventh Army Symphony Orchestra in Stuttgart, Germany, which served as an element of the cultural diplomacy uniting the US and Germany in the 1950s and 1960s.

He was professor at the music conservatory at the University of North Texas from 1957 to 1966 before teaching at the Eastman School of Music from 1966 to 1995. He has taught composition at the Juilliard School since 1997. 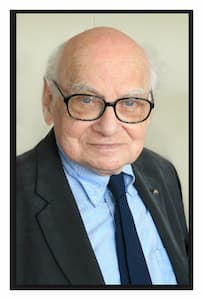 As a composer, Adler writes in a wide range of style from the diatonic to the serial. His 2001-2002 work Four Composer Portraits uses pitch rows derived from his subjects’ names as the source for each work’s musical material.

The first portrait is of the serial and electronic music composer Milton Babbitt (1916-2011). Written for Babbitt’s 85th birthday celebration at The Juilliard School in 2001, the work is based ‘on his first name: C – A flat – B – G – D – C sharp.’ The musical scale was matched with the alphabet so that pitch C = letter A and going through the scale, matching it letter for pitch. Something as obvious as the pitch A being the letter A was not used! The work comes out like a 12-tone work but doesn’t follow the strict 12-tone rules because of its personalization. In the work, Adler has tried to emulate Babbitt’s distinctive style.

The second portrait is of the American composer Ned Rorem (b. 1923). Known for his adherence to tonal composition, Rorem has written all genres, but is known best for his extensive catalogue of songs. Because the composer’s first name has two real pitches in it (E and D), Adler used his pitch/alphabet translator only for the ‘N’, and the note C-sharp. This allowed him to ‘approximate’ Rorem’s highly lyrical style.

Written for Gunther Schuller’s (1925-2015) 76th birthday in 2001, the third movement takes his first name and again derives the pitch material from a combination of the real pitches in his name (G and E) to give him ‘G – G sharp – C sharp – A – B (for H) – E – D (for Re).’ The reason for the substitute of the letter H for the letter B is that H is the German word for the note B. He also substituted the solfege syllable ‘re’ (D) for the final letter of the name, was to give himself a wider range of notes to work with.


The final movement is a portrait of the composer David Diamond (1915-2005) who was at the Eastman School of Music when Adler taught there. The style here changes to something more contrapuntal, with canons, as follows Diamond’s style. 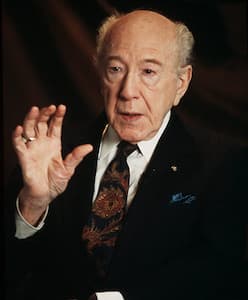 When we’ve looked at the art set by composers in the past, we largely look at representational art – art that you can stick up on the wall. Adler, though, has given us portraits filtered through his understanding of their music. He gives us Rorem’s lyrical side and Diamond’s contrapuntal side. He shows us Babbitt’s serialism style with a bit of serialism of his own. In creating his Composer Portraits, Adler has given us not only the ability to see each composer as a separate style but also gives us each composer as through his eyes and his personal view of their styles.