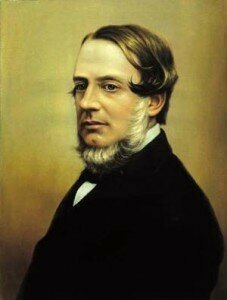 Musicians always had rather hectic traveling and work schedules, with appearances frequently organized along incredibly tight timetables and in far-flung locations. And the Irish composer and conductor Michael William Balfe (1808-1870) was no exception. He started his career as a violinist, and subsequently pursued on operatic singing career. Balfe composed at least 29 operas and various other works, and he became celebrated as a noted conductor. For one, he was the principle conductor for the Italian Opera at Her Majesty’s Theatre, where he first produced several of Verdi’s operas for London audiences. He even conducted for Jenny Lind at her opera debut, and made conducting appearances in Paris, Rome, Milan, Venice and beyond. With opera rehearsals and performances often lasting into the early hours of the morning, trying to secure lodging more often than not, turned out to be quite an adventure. 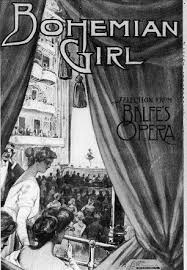 When Balfe was engaged on short notice on the outskirts of London, he did not want to go back and forth from the city each day and decided to take a room in the neighborhood. Rehearsals took a long time, and it was rather later when he called on a property offering rooms. The landlady was unsure whether there were any spare rooms, and left him standing in the hallway while she went to see if a room could be arranged. Finally, she returned and told him that the room was ready. Tired and exhausted from his day’s labor, Balfe went straight to bed and only examined his room a bit closer in the morning. When he opened the closet, however, he was rather surprised to find a corpse that had been put in its cramped quarters in great haste. The landlady, it turns out, had been unable to resist the temptation to make a little cash, and had stuffed the body of her grandmother in the closet to make room in the bed for the musician. The story goes that Balfe never again slept in a room without first examining the closet. That night must have brought to mind his most popular aria from his opera The Bohemian Girl, which reads “I dreamt that I dwelt in Marble Halls, and each damp thing that creeps and crawls went wobble-wobble on the walls.”

Michael Balfe: “I dreamt that I dwelt in Marble Halls,” The Bohemian Girl