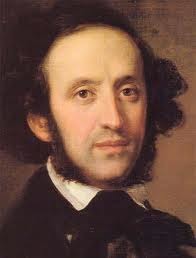 By 1843, Felix Mendelssohn (1809-1847) was at the pinnacle of his career. He was almost universally acknowledged as an exceptional composer, conductor and educator. He had just founded the Leipzig Conservatory, and hired Ignaz Moscheles, Robert Schumann, Ferdinand David, Joseph Joachim and the music theorist Moritz Hauptman to join him as faculty. In his private life, he was married to the ravishingly beautiful Cécile Charlotte Sophie Jeanrenaud, who not only had born him five children and established a domicile of idyllic tranquility, but also distinctly calmed her husband’s persistent irritability with her caring and soothing temperament. And then Felix met Jenny in October 1844, and his world was never the same again! 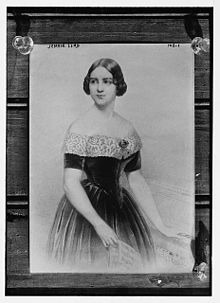 Jenny was born in Stockholm in 1820 as the result of an extramarital affair between the bookkeeper Niclas Jonas Lind and the schoolteacher Anne-Marie Fellborg. Very quickly it became apparent that little Jenny was blessed with an extraordinary voice. According to critics, “the lower half of the register and the upper one were of two distinct qualities. The former was not strong but veiled, if not husky. The latter was rich, brilliant and powerful, finest in its highest portions”. She made her stage debut at the age of ten, and soon enthused her audiences as Agathe in Carl Maria von Weber’s “Der Freischütz”. Because she lacked formal vocal training, her voice became seriously damaged. However, Manuel Gracia, with whom she studied in Paris from 1841 to 1843, saved her career. While in Paris, she met Giacomo Meyerbeer, who became a great supporter and admirer of her art. By the time she met Mendelssohn, her fame had spread throughout Europe. Yet, Jenny had retained her natural and unassuming demeanor, her character remarkably unaffected by the glamorous world of opera. By all accounts “if you met her in private life, you would not notice her as a beauty” wrote her biographer Charles G. Rosenburg, “but when her countenance is lighted up with the inspiration of her art, you might pronounce her beautiful”.

String Quartet No. 6 in F minor, Op. 80 (1847)
Mendelssohn’s immediate infatuation is expressed in a series of letters, where he write: “Jenny Lind has fairly enchanted me; she is unique in her way, and her song with two concertante flutes is perhaps the most incredible feat in the way of bravura singing that can possibly be heard”. “I have not in my life met with such a nobel, genuine, true artist as Jenny Lind; I have nowhere found natural capacity, study, and deep sensibility so perfectly united.” Yet clearly, Felix had not been the first admirer to succumb to the charms and talents of the Scandinavian warbler. Barely a year earlier, the writer Hans Christian Andersen had fallen madly in love with her. And although Jenny directly inspired three of his fairy tales — most notably “The Nightingale” which subsequently with the adage “Swedish” became Jenny’s artistic moniker — she completely rejected his advances. With Felix, apparently, things got a bit more intimate. At least their mutual friends, including Hans Christian Andersen and Clara Schumann, openly remarked on their mutual infatuation. Whenever he could, Felix would attend her performances, and he even wrote the soprano solo for his oratorio “Elijah” specifically for Lind. There was even talk of an opera entitled “Lorelei”, yet it was never completed. Things seemingly got somewhat more complicated in 1847. According to an affidavit in the archives of the Mendelssohn Scholarship Foundation, Jenny’s husband Otto Goldschmidt destroyed a letter from Felix to Jenny. In this letter, Felix apparently declared his passionate love, and threatened suicide if she did not elope to America with him. We can only assume that Jenny, mindful of Mendelssohn’s family status, rejected the proposal. The existence of this letter has been questioned, foremost, by a zealous outfit called “Icons of Europe”. Their rejection is not based on any new documentary findings or scholarly research, but simply on a misguided moral need to somehow leap to the defense of Felix Mendelssohn. That Mendelssohn died in the very same year he supposedly wrote the letter might simply be coincidental. Fact is, however, that upon Mendelssohn’s death, Lind wrote, “He was the only person who brought fulfillment to my spirit, and almost as soon as I found him I lost him again”. One might also argued that the tormented String Quartet in F minor, Op. 80, composed during the final year of his life, not only responds to the death of his sister Fanny, but also mirrors the devastating rejection he received from Jenny. Whatever the actual truths might turn out to be — and I am sure the mental pygmies behind the “Icons of Europe” would be seriously unhappy to admit – Mendelssohn was human after all. And thank goodness for that!