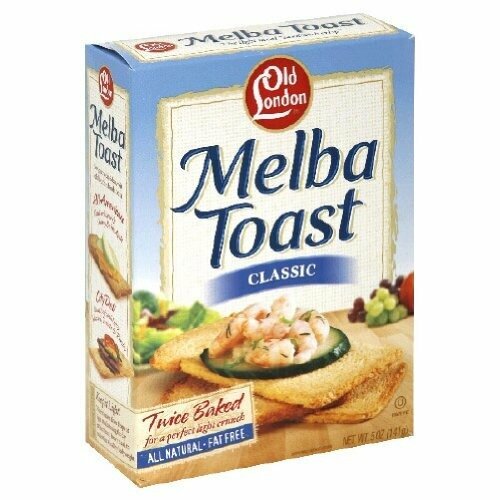 Georg Predota already alerted us to the delights of Tournedos à la Rossini, a tribute to a heroic trencherman. On the distaff side, some lovely dishes were inspired by a very famous soprano who was active a century ago, or, if you’re a fan of Downton Abbey, you would have seen one played in October 2013 by another soprano, Dame Kiri te Kanawa.

Nellie Melba (1861-1931) was the first international opera star to come from Australia. Born Helen Porter Mitchell, she took her first name from a common short version of her first name, Helen, and her last name as a shortened version of her home city, Melbourne. After unsuccessful trials in London, Melba studied in France and there her talent was recognized. She had a 10-year contract with one impresario, received a rival offer from the Théâtre de la Monnaie in Brussels, and, in 1888, made her Covent Garden debut. She made her New York debut in 1893, but had her primary career in London. She retired from the stage in 1926 and held a seemingly-endless stream of “farewell concerts” for the next two years. 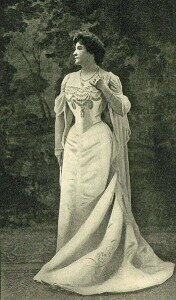 But what does this have to do with food? Unlike Rossini, who’s better known for heavy food, Melba finds her place on the dessert side of the menu. The French chef Auguste Escoffier, ensconced at the leading restaurant in London at the Savoy Hotel, was inspired by Melba’s desire for ice cream to create Peach Melba. A colourful concoction of peaches and raspberry sauce with vanilla ice cream, it was designed to give Melba the food she loved, ice cream, but in a warmer environment, because she believed that very cold ice cream was bad for her voice.

The raspberry sauce itself, a purèe of raspberries and red currents, became known as Melba Sauce and became part of a dish Escoffier created for the American singer Mary Garden (1874-1967). Poires Mary Garden takes pears cooked in syrup, places them on a timbale with a Melba Sauce, then sugared cherries are added and the whole piece is decorated with whipped cream. 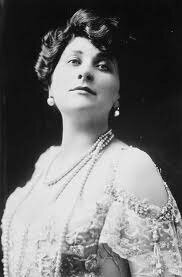 Escoffier loved creating dishes, particularly for women, when Melba was ill and couldn’t eat his luxurious dishes, he created a minimal snack on the other end of the calorie scale: Melba Toast. A normal piece of bread is lightly toasted and then cut in half and toasted again, creating a very thin, very crispy snack.

Melba inspired Escoffier to one more dish, this time a main course. The Melba Garniture is an extravagance of chicken, truffles and mushrooms stuffed into tomatoes with a velvet (velouté) sauce. It may have truffles, but it certainly won’t compete with the heavy-going food favoured by Rossini. 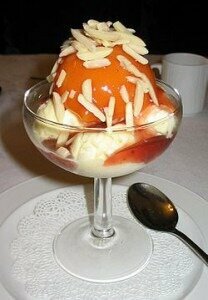 There are a number of reissues of Melba’s early 20th century recordings ( By the waters of Minnetonka Annie Laurie La boheme, Act I: Si, mi chiamano Mimi Otello, Act IV: Piangea cantando nell¡¦erma landa, “Willow Song” – Ave Maria, piena di grazia ) and when you look at the repertoire, you’ll realize the mix of operatic and popular song that Melba put into her recitals. The ‘Willow Song’ from Verdi’s Otello and Mimi’s arias from La bohème next to ‘Annie Laurie, ’ ‘Old Folks at home,’ and ‘By the Waters of Minnetonka.’ ( Dame Nellie Melba’s Farewell Speech ) And there’s also her farewell speech at Covent Garden.