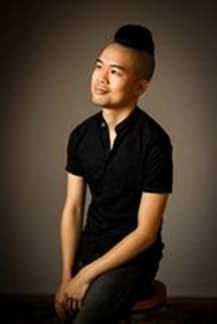 While I have been researching a lot of different topics for Interlude, I would like to turn my attention to classical musicians who are currently based in Hong Kong. For my first article highlighting Hong Kong artists, I am honored to present Matthew Lau. We met when we were both still music students at Baptist University of Hong Kong.

Matthew is a touring percussionist, teacher, and master knitter. He has received many awards and accolades, including the debut of his vibraphone concerto at the Aspen Music Festival, which was acclaimed as a “soulful and technically impressive solo” by the Aspen Times. A winner of the 2018 Hong Kong Arts Development Award for Young Artist in music, Matthew received his Doctor of Musical Arts in contemporary percussion performance from Stony Brook and obtained a Master of Music from New York University. He is currently on the Keyboard Committee for The Percussive Arts Society and Board of Directors for The Vibraphone Project Inc.

Matthew’s experience of learning and teaching percussions in Hong Kong

Me: While it is common for children to take instrumental classes in Hong Kong, percussions do not seem like standard instruments that families would pick for their children. What made you take up percussion, and how old were you?

Matthew: I began taking percussion lessons when I was 9. The band director said I could either join the percussion section or pick up the tuba. To be able to move around in the school band during rehearsal was a big draw when I was 9.

Me: Regarding the limited space in Hong Kong, do you find it challenging to take and teach percussion classes in Hong Kong?

Matthew: Personally, no. Hong Kong is one of the densest places on earth, but a lot of full-time teaching percussionists have their own space. For teaching from K to 12 levels, you honestly only require very little space. It’s definitely changing comparing when I was little. Percussion becomes more accessible and popular, and most of the students have some kind of gear at their apartment.

Me: What is the first percussion instrument that students should take in the beginning?

Matthew: Snare drum. Most students start with a drum pad (snare drum). Because this is fundamental to all of our other gear, and we learn how we produce sound, hold the sticks, and relax our grip through playing the snare drum.

Me: What is your favorite percussion instrument? Or do you have a favorite combination of percussion ensemble?

As a touring percussionist, Matthew mostly plays as a soloist during his travels, but he is involved with a couple of groups locally, including The Up:Strike Project. Founded in 2019, Matthew co-founded this group with Karen Yu. The group aims to support percussion music by presenting different eras and styles of percussion music to the audience and introducing younger percussionists to the public. They have been making regular performances, including one this month. (Check for more updated information on their facebook) 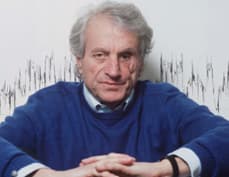 A composer, architect, engineer, and Mathematician, Iannis Xenakis (1922 – 2001) was one of the most influential Greek philosopher-composers and architects of the 20th century. He founded stochastic music- a term referring to music using mathematics and physics. He was also a pioneer of electronic music, but his works always incorporate Greek mythology, including the title Pléïades, which refers to the seven daughters of the titan Atlas.

Pléïades is composed for six percussionists, and Xenakis invented sixxen, a metallic instrument, particularly for this piece. Matthew suggests that we pay attention to its soundscape that Xenakis created, which sets the foundation of the next couple of decades of percussion ensemble & chamber music. 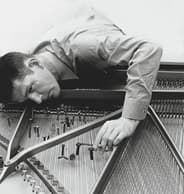 An experimental composer John Cage is particularly famous for his silent music, 4’33’’. However, many of his compositions are inspiring and influential to different instrumental music in the 21st century. Cage wrote three sets of Construction. Matthew has suggested the Third Construction for the audience and players who want to explore early percussion ensemble repertoire. Scored for four percussionists, it was written in 1941 and was dedicated to Cage’s ex-wife, Xenia Kashevaroff-Cage, who played in his percussion orchestra at the time. 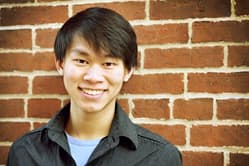 Inspired by Athanasius Kircher and the experiment mentioned in his work Magnes (1641), American composer Viet Cuong (b. 1990) has brought this experiment on stage. Composed in 2015, Water, Wine, Brandy, Brine is scored for four percussionists with 15 crystal glasses. This work explores the variety of sounds produced by the glasses. Let’s watch this video performed by The Up:Strike Project. 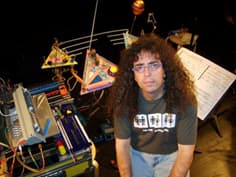 An American composer, Mark Applebaum (b.1967), is currently a music composition and theory professor at Stanford University. According to the program note written by the composer, Gone, dog. Gone! is inspired by his previous works, Go, Dog. Go! (1997) and Aphasia (2010). This work is written for two players and is scored for eight percussion instruments.