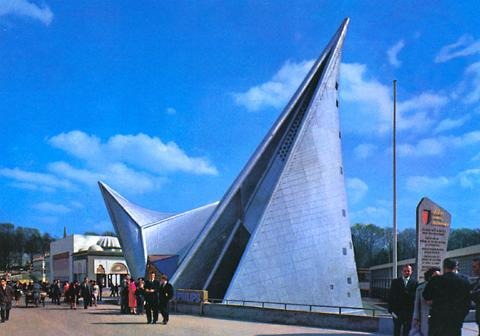 Surprising, as it may sound, some of the most intimate and convincing synergies between architecture and music were created in the 20th century. Take for example the “Philips Pavilion” designed to celebrate postwar technological progress for the World’s Fair Expo 1958 in Brussels. Originally, the office of Le Corbusier — the renowned architect, designer, painter, urban planner, and one of the pioneers of modern architecture — was charged with the design. However, Le Corbusier was busy with various projects in Europe and India, and handed the project to his assistant Iannis Xenakis (1922-2001).

Born in Rumania to Greek parents, Xenakis soon became embroiled in the raging absurdity of WW2, and his active involvement against Churchill’s martial law in Greece left him badly injured and cost him his left eye. In 1947 he fled from Greece and came to Paris as an illegal immigrant. He managed to get a job at Le Corbusier’s architectural studio, but simultaneously attempted to study music with Nadia Boulanger, Arthur Honegger, and Darius Milhaud; he was quickly rejected. Eventually, he was allowed to join the composition class of Olivier Messiaen, who later wrote: “I understood straight away that he was not someone like the others. He is of superior intelligence. I did something horrible, which I should do with no other student, for I think one should study harmony and counterpoint. But this was a man so much out of the ordinary that I said… No, you are almost thirty and you have the good fortune of being Greek, of being an architect and having studied special mathematics. Take advantage of these things. Do them in your music.” And so Xenakis began to pioneer the use of mathematical models in music, and also became a hugely important influence on the development of electronic and computer music. He started to integrate music with architecture, “designing music for pre-existing spaces, and designing spaces to be integrated with specific music compositions and performances.” 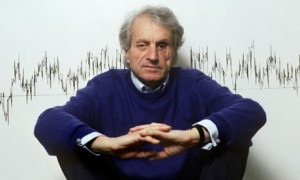 Many important early compositions, including Metastaseis, were directly based on architectural concepts. For the “Philips Pavilion, Xenakis designed a cluster of nine hyperbolic paraboloids, capable of housing an extensive multimedia presentation. Shaped like a stomach, the building featured a narrow entrance and exit on either side of a large central space. As audiences entered and exited the building, they were treated to Xanakis’ Concret PH, the title derived from “PH” for “paraboloïdes hyperboliques,” and “concret” simultaneously making reference to the reinforced building material used in construction, and “musique concrete” — electroacoustic music made from acousmatic sound, that is sounds one hears without seeing an originating cause. Xenakis started with the recorded sound of burning charcoal and subjected it to numerous transpositions and overdubs, and described the effect, as “lines of sound moving in complex paths from point to point in space, like needles darting from everywhere. I seek extremely rich sound of long duration, yet with much internal change and variety. I also explore the realm of extremely faint sounds highly amplified.” Once inside the building, visitors saw a film of black and white photographs selected and tightly choreographed by Le Corbusier that were synchronized with Edgar Varèse’s electronic installation Poème électronique. The Philips Pavilion created the first electronic-spatial environment to combine architecture, film, light and music into a total experience to function in time and space. Regrettably, the Philips Pavilion was demolished in 1959.