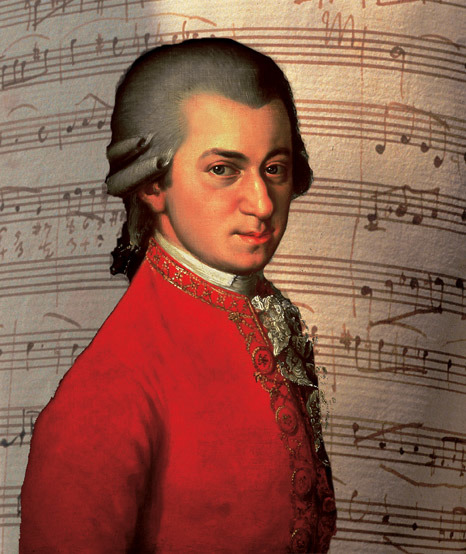 We should never forget that the supposedly rarefied air and sterile environment of classical music is numerously inhabited by an incredible number of colourful personalities. Take for example Count Joseph Deym von Střítež, who originated from Moravia but found his way into the Austrian capital of Vienna in the last quarter of the 18th century. At one point he killed an opponent in a duel and was forced to leave the city. However, the Count returned only a couple days later under the alias Mr. Müller. “Mr. Müller” maintained an exhibition gallery of wax figures of an exotic and heroic nature that featured “a life-size lady en negligée sitting at a player-piano, and even a Bedroom of the Graces, which according to an eye-witness was a voyeuristic, semi-erotic display featuring a young girl sleeping on a bed, mellowly lit by alabaster lamps and watched over by Venus herself.” What is most interesting, however, is the fact that a number of clockwork organs and musical clocks provided the musical ambiance.

Clockwork Organs, not to be confused with the chiming varieties that provide an hourly chiming sequence, are clocks that have been combined with some form of mechanical instrument. These musical clocks could perform a repertory of tunes, which were provided on pinned cylinders, not unlike the mechanism used in music boxes. Makers of organ-playing clocks in London preferred the sound of tuned bells, whereas their Viennese colleagues produced a special form of mechanical instrument — using wooden pipes — called the “Flötenuhr.” Roughly translated as “flute-playing clock,” Joseph Haydn produced thirty-two compositions and adaptations for this particular instrument, with Ludwig van Beethoven and Wolfgang Amadeus Mozart contributing three compositions each. 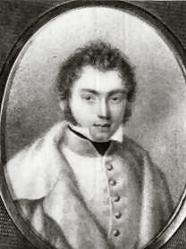 Mozart, of course, was habitually in search of money. So he reluctantly accepted “Mr. Müller’s” commission in September 1790 in order to supplement his income. From a letter to Constanze, dated October 3, however, it becomes clear that he had a true aversion for writing music for this instrument: “I had made up my mind to write the Adagio for the clockmaker right away and slip a few ducats into my dear wife’s hands; I did start, but unfortunately, because I hate the job, I wasn’t able to finish it. I write some every day, but have to postpone as I get bored, and surely, if there weren’t such an important reasons to force myself, I would certainly leave off. Yes, if it were a large clock, the thing would sound like a true organ, then it might be fun; but as it is, the work consists solely of little pipes, which sound high-pitched and too childish for my taste.” In the end, Mozart’s reservations about the instrument do not surface in the music at all. Despite its apparent simplicity, the compositions disclose all the trademarks of a seasoned master, including a remarkable harmonic language, music pacing and skillful modulations. On 3 March 1791, Mozart registered another “machine composition,” entitled “an organ piece for a clock,” and given the K. 608 identification. By 1799, this compositions was probably still in use, as “every hour an apposite funeral music is heard, composed by the unforgettable Mozart himself, in precision and purity surpassing anything that was ever attempted to suit this kind of artistic product.” These compositions should rightfully be considered “a notable triumph of mind over matter.” Thank you Count Deym von Střítež — oh sorry, Mr. Müller!!!!!