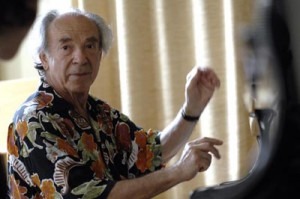 Many moons ago, the pianist Paul Badura-Skoda — already in his early eighties, frail and bent by the ravages of age that made it difficult for him to walk across the stage — came to Hong Kong for a single recital. The programme on that memorable evening exclusively featured a selection of piano sonatas by Wolfgang Amadeus Mozart. What was initially astonishing about that evening was the fact that I had never heard — outside the practice room — so many wrong notes! Blinded and misled by the technical perfection demanded by the Mafioso regime of the recording industry, the more musically upright members of the audience began to voice their displeasure by clearing their throats, playing with their mobile devices or grimly shaking their heads in self-important indignation. Yet curiously, since Badura-Skoda made the music come alive with delicate phrasing, refined dynamic contrasts, a clear sense of melody and style, not to mention an earnest sense of duty to carry on an unbroken tradition of bringing these compositions to the general public around the world, those were some of the most beautiful wrong notes I have ever heard! He simply wasn’t trying to reproduce black dots on a page, but through his interpretation and life-long fascination with that music, was constructing and communicating meaning via the performing process. And on top of that, he was absolutely overjoyed to be on stage and play some of his favorite compositions. In short, he was making music! 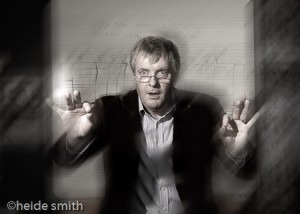 By now, you must surely be wondering why I am telling you this in connection with a concert by the Hong Kong Sinfonietta. It’s an open secret that the Sinfonietta is not my favorite performing ensemble. Well, for its concert on 14 July 2012, the Sinfonietta had invited Geoffrey Lancaster to take the musical helm. Lancaster, a renowned performer, conductor, educator and scholar — who has worked in the field of historically-informed performance practice for over 40 years — brought a level of unbridled enjoyment, energy and level of excitement to the stage that instantly reminded me of Badura-Skoda. 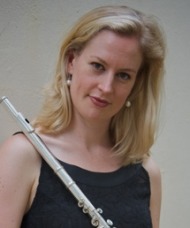 For his opening selection, Lancaster had chosen the “Simphonie Nouvelle” Les Elémens by Jean-Féry Rebel (1666-1747). In 1737, this little-known student of Jean-Baptiste Lully finished his “Elements Symphony” consisting of an overture entitled “Chaos”, movements aptly named “Earth, Water, Fire and Air”, and a series of dances to extend the whole structure. The striking originality, not to mention the astonishing treatment of dissonant harmonies in Rebel’s music was brought to life not only by Lancaster’s enthusiasm — and the Sinfonietta was glued to every exaggerated downbeat — but also by the historically documented placement of the musicians on stage. Rather than filling the entire stage area in the shape of a half-moon, Lancaster arranged them roughly in the shape of a sail, with musicians essentially facing each other. In performance, this produced an astonishing interlocking mass of sound that gradually untangled when it reached the listener. Since the Sinfonietta used modern instruments it clearly did not come close to what Rebel might have heard during his days. Regardless, because of the extended sustaining power of modern instruments, as listeners today, we probably got the better deal. For the performance of Bach’s 5th Brandenburg Concerto, Lancaster had invited the flautist Emma Sholl and the concertmaster of the Sinfonietta, James Cuddeford to perform their respective solo parts, while he himself tackled the devilishly difficult harpsichord part. 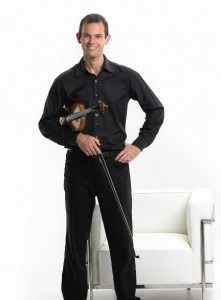 The three soloists were supported by a ripieno of four players, assembling a grand total of seven performers on stage. We were told that this was the way Bach actually intended this composition to be performed; not unlike, I suppose, how John Elliot Gardiner envisioned the ”B-minor” madrigal. Whatever Bach’s intentions might actually have been, the performance produced an astonishing musical dialogue made possible by the spiky clarity of individual lines. Praise must go to Cuddeford and Sholl whose extensive involvement with chamber music clearly aided the performance. On a somewhat different note, I was not impressed by Lancaster’s choice of tempi, or his sowing-machine approach to playing the harpsichord. For Bach’s “Orchestral Suite No. 2” the carefully placed ensemble increased to 13 performers, and a smallish orchestra took its place for the Symphony 29, K201 by Wolfgang Amadeus Mozart. Unencumbered by performing duties, Lancaster now took the role of conductor. And not unlike Badura-Skoda, he made the music come alive. Of course, he was only able to do so because the musicians of the Sinfonetta — wrong notes none withstanding — responded to his level of enthusiasm and submitted to his musical knowledge and confidence. They even had to repeat the spirited final Mozart movement as an encore. All in all, it was a thoroughly enjoyable evening, although it lasted nearly two and a half hours since Lancaster also likes to hear himself talk! This concert, however, left me with one burning question; why can’t we have that level of energy, excitement and intensity when the regular Music director is in town?