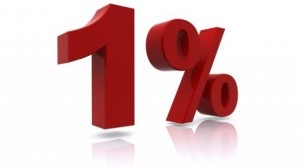 “Marginal Gain Learning” (MGL) is a training concept employed by the British cycling team which has reaped brilliant rewards, as their success in both the London and Rio Olympics has demonstrated.

The concept was developed by the team’s coach Dave Brailsford, who believes that by breaking down and analysing every tiny aspect of a cyclist’s performance and then making just a 1% improvement in each area, the cyclist’s overall performance can be significantly enhanced. This approach included obvious things like adjustments to the cyclist’s diet, the weekly training regime, the ergonomics of the bicycle seat. But it also included tiny, less obvious details such as the kind of massage gel the cyclists used, or the thickness of the fabric of their racing skinsuits. Brailsford and the team searched for 1% improvements everywhere and this approach resulted in Bradley Wiggins winning the Tour de France in 2012, the first British cyclist to do so, Chris Froome winning it in 2013, 2015 and 2016, and an impressive medal haul by Britain’s track cyclists at the London and Rio Olympics.

This “aggregation of marginal gains” approach is incredibly simple and very effective – as Team GB’s success attests – and it can be used in any learning/teaching environment as it is highly adaptable and easy to implement. In short, it provides a tool for sustained improvement: from musicians looking to improve their overall performance, to students improving their learning and teachers enhancing their pedagogical skills. I have used concepts drawn from MGL in my teaching and also in my own practising and performing.

Learning music is hard: from the junior student faced with just three or four lines of music to the advanced pianist embarking on a full-length piano sonata or multi-movement work, the learning and upkeep of all those notes is a daunting prospect and requires many hours of consistent, thoughtful practise. For me, MGL is a way of “being kind” to oneself as a musician while also enabling one to practise and process music in a meticulous and mindful way. The trouble is, we tend to define achievement through one significant moment – learning a whole movement of a sonata or an entire piece of music, for example – and underestimate the value of making small improvements on a daily basis which accumulate to create a significant whole. 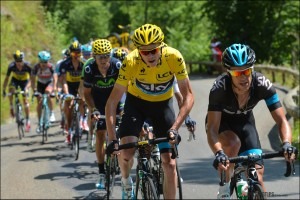 For the musician, the MGL approach can reap important rewards. We might take a single phrase and look at things such as shape, dynamics, articulation, mood. Each aspect is examined, played, evaluated, adjusted and re-evaluated. The various elements are then gradually aggregated and eventually one plays the whole phrase with all the elements present. In this way, one creates a “knowledge bank” of information and details in music, while the process of MGL becomes almost intuitive through repeated use.

In order to achieve this, brain, eyes and ears must be engaged at all times – and it’s amazing how many musicians don’t actually listen to themselves as they play! – to assess what one sees and hears and to make small adjustments based on that judgement. Evaluation, reflection, adjustment and re-evaluation are important elements in the process. What is so satisfying about this method is that it produces noticeable progress through small increments which aggregate to create meaningful overall improvement.

The MGL concept can be applied in performance too where one might make improvements in memory and cosmetic physical activities rather improvements to small parts of the piece.

On a more general level, one can apply MGL to aspects such as warm up exercises, noticing and reacting to tension when one plays, practising a phrase slowly and relishing the beauty of it, and playing in a non-judgemental way. The positive adjustments one makes are small but significant, and in this way MGL complements a mindful approach to practising and playing.