In Tune Arts
The Landscape of The Provence
Inspiration to Writers, Artists And Musicians
by Ursula Rehn Wolfman July 15th, 2017 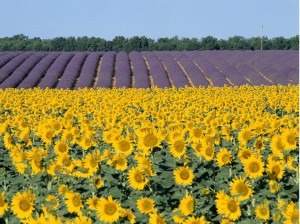 On a recent trip through the Provence in France, through fields of lavender, sunflowers, vineyards and olive trees, I was reminded of the importance of landscapes, and that of the Provence in particular, as inspiration for many artists, including Frédéric Mistral, Marcel Pagnol, Paul Cézanne and Darius Milhaud – all of whom were born in Provence.

Early in the 19th century, during the Romantic era, we already see artists as varied as Delacroix, Hugo and Chopin using nature as inspiration (see earlier Interlude articles on this subject). Travels to North Africa, the Middle East and of course, the south of France had a profound impact on artistic sentiments and perception. Mid-century saw the invention of paints in tubes, which made it possible for painters to work directly ‘en plein air’. Canvas size decreased – there are photographs of Cézanne carrying an easel and canvasses on his back. The impact of light, temperature, language and the particular regional landscapes were now starting to play a significant role in artistic creation. 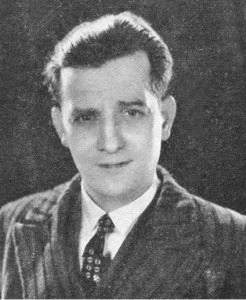 During the latter part of the 19th and more importantly in the 20th century we also see a change in the concept that Paris is the epitome of all success, and to succeed, one has to go up to Paris. The expression in French “Je monte à Paris” (I am going up to Paris) – no matter from where in France encapsulates this. Regionalism becomes more pronounced, in particular through the works of the above-mentioned artists. 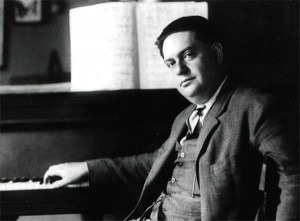 The poet Frédéric Mistral, (1830 -1914), from Maillane, Provence, led the 19th-century revival of Occitan (Provençal) language and literature. He shared the Nobel Prize for Literature in 1904 for his contributions in literature and philology. Mistral devoted his life to creating a scholarly dictionary of Provençal, entitled ‘Lou Tresor dou Félibrige’, as well as an ethnographic museum in Arles. His poetic genius focused on the musicality of Occitan and the Provençal culture and inspired the works of many other artists, such as Gounod’s opera, Mireille, based on Mistral’s poem Mireio. 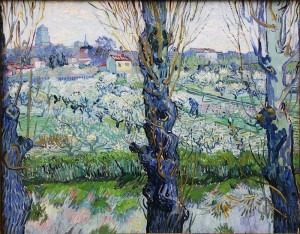 Marcel Pagnol (1895-1974) from Aubagne, near Marseille, one of France’s greatest writers, also a dramatist and filmmaker, took regionalism to the screen. In ‘Jean de Florette’ and ‘Manon des Sources’ he not only showed the most beautiful landscapes of the Provence, but in his trilogy ‘Marius, Fanny and César’ the city of Marseille itself, its idealized exotic port, its cafés, and the Provençal language, its musicality, become the real subject of the story.

Darius Milhaud (1892-1974) born in Marseille, spent his youth in Aix-en-Provence and declared himself “Mediterranean, but a Mediterranean reaching from Constantinople to Buenos-Aires where Aix-en-Provence is the capital”. Like Cézanne, also from Aix, Milhaud would roam the same countryside with his childhood friends – the “lake of Berre, the Jas de Bouffan (subject of many of Cézanne’s paintings) through fields of wheat, blue in spring, bordered by flowering almond trees… towards Mont Sainte-Victoire with its savage plateau – to find indeed Cézanne’s landscapes”.

Throughout his life and long musical career, Milhaud kept his connection to the Provence alive. His ‘Suite Provençale’, his wind quintet ‘La Cheminée du Roi René’, named after an ancient promenade in Aix in the 15th century, as well as many pieces he wrote in America of the various regions in France are wonderful examples. His ‘Ouverture Méditerranéenne’, composed in 1954, inspired by dances of his native region, is one of his most beautiful compositions, with discrete lyricism, singing themes and contrasting nuances. Milhaud’s musical language uses, almost to the extreme, the procedures of ‘polytonality’ – the superposition of different tonalities played together.
Here in particular, we can see a close relationship to the paintings of his compatriot, Paul Cézanne.

Paul Cézanne (1839-1906), born in Aix-en-Provence, never really left his native region. Almost all of his paintings, except the very early works, are a testimony to the inspiration of different regions in Provence, many painted again and again. The many works of his beloved mountain, Mont Sainte-Victoire, shows us the evolution of his concepts – from the early “somewhat real” depiction of the mountain to its almost complete abstraction – layering brushstrokes, breaking forms, creating a new language – just as Milhaud did – demanding that the viewer/listener search for his own interpretation.