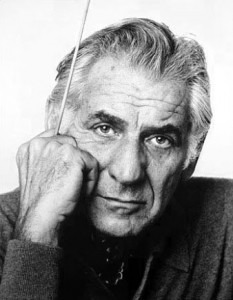 Imagine going into a library in a foreign country and stumbling over a rare and mysterious book that endlessly fuels your imagination. Day after day you return to the reading room and try to decipher, understand and interpret what is written on the page. As you become more familiar with the source you start to build intellectual connections and form a strong emotional bond. Eventually you may even begin to annotate the book with your personal observations and insights. And one day, when nobody is looking, you might decide to “check out” the book and take it home with you; after all, it now contains all your personal markings and nobody really understands the content the way you do. As you might well imagine, if you were ever caught doing anything like that, you would almost certainly find yourself in a heap of financial and legal trouble. Unless, of course, you are working in the world of classical music!

Leonard Bernstein came to Vienna in 1966 to debut at the Vienna State Opera with Luchino Visconti’s production of Verdi’s Falstaff. During this time he recorded the opera for Columbia Records and conducted his first subscription concert with the Vienna Philharmonic. On the program, Mahler’s Lied von der Erde with Fischer-Dieskau and James King. Bernstein borrowed the conducting score from the Archives of the Vienna Philharmonic and adorned the pages with substantial annotations and performance markings. Instead of returning the score after performance, Lenny pocketed the little treasure and carried it back to the United States. The score became part of his personal library, and was used for subsequent performances of Mahler’s Lied. After his death in 1990, the score was transferred to the New York Philharmonic Archives and became part of the collection of his marked conducting scores.