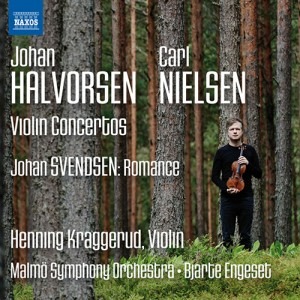 In his day, Johan Halvorsen was one of Norway’s most talented violinists and an internationally renowned conductor and composer. With its beautifully lyrical themes and Norwegian character including Hardanger fiddle effects, his Violin Concerto was described by contemporary critics as ‘an outstanding work’ and performed to great acclaim in 1909. It was considered lost, only to be rediscovered in 2015 in the archive of its original soloist.