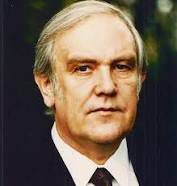 With the passing of Kurt Moll (1938-2017) the world has lost one of its greatest voices. Internationally renowned for his velvety and deeply moving voice, Moll was capable of reaching into the infra-bass range. Reaching to the glorious depths of the contrabassoon, Moll’s voice was capable of the most amazing and relaxed vibrato. He had the ability to deliver the softest phrases with a lightness of musical style, with elegance and wit. According to his colleagues, Moll had the “most perfectly coordinated, expressive, and economically produced voice that could project even the softest of utterances with flawless clarity.” Born in the village of Buir in North Rhine-Westphalia, Moll studied at the Cologne Conservatory, and his first engagements saw him perform in Aachen, Mainz and Wuppertal. His international breakthrough came at the Salzburg Festival in 1970 with the role of “Sarastro” in Mozart’s Magic Flute. Engagements at the Bayreuth Festival and the Bavarian State Opera in 1971 were soon followed by his US debut with the San Francisco Opera in 1974, and his first appearance at the Metropolitan Opera in 1977. His most notable roles included Osmin, Mozart’s Bartolo, Pogner and Sarastro. But perhaps his most famous roles were King Mark and Baron Ochs, which he sang for Carlos Kleiber.

And let’s not forget his unbelievable performance of Gurnemanz for the legendary Karajan Deutsche Grammophon recording of Parsifal. “Like no other, Kurt Moll managed to bring the great bass parts of Wagner, Mozart and Strauss to life.” Surprisingly, Moll stayed away from the large Wagnerian bass roles. He never sang Hagen, Hans Sachs or Wotan, but instead placed his incredible organ into the service of the Lied. His rendition of the Four Serious Songs by Brahms is without equal, and he greatly championed the songs of Loewe. He made numerous recordings of opera, sacred music, and lieder, and received several prestigious European awards. According to Moll, singing Beethoven’s Missa Solemnis at St. Peter’s in Rome was one of the greatest experiences of his career. “Imagine you are a soloist before this high altar, before the pope and 8,000 listeners.” Health reasons forced Moll’s retirement from the stage in 2006, but his restrained, intelligent and simply phenomenal interpretations will not be forgotten.