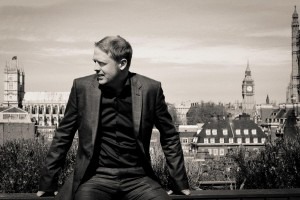 On 4th September 2015, British pianist Warren Mailley-Smith embarks on year-long survey of the complete piano music of Frédéric Chopin through a series of 11 concerts at St John’s Smith Square, London.

Chopin’s life and music were a phenomenon. Unlike most composers, his music has never been out of fashion and this series is a rare opportunity to explore the reasons for his enduring popularity. The concerts focus on various aspects of Chopin’s output, including the Waltzes, the Preludes, the heroic Polonaise, the Ballades and the Scherzi.

Hear Warren to explain what makes the piano music of Chopin so special and describes how he planned and prepared for this pianistic marathon.

What do you love about Chopin?

Chopin is one of those composers whose music is equally rewarding to play, as it is to listen to. That may sound like an obvious thing to say, but it isn’t necessarily always the case. Some composers can create the most heavenly music to listen to, for example Beethoven or Rachmaninov, but it doesn’t necessarily ‘fall under the fingers’ or ‘lie in the hand’ in the same way that Chopin does.

As a man, Chopin was highly refined and reserved in manner, moving as he did in the upper echelons of society. But his music belies a highly-charged emotional and sensual depth – to the extent that, I believe he was using his music to express what he felt unable to say in words -¬ or indeed actions. It is surely the underlying emotional depth in every note he wrote that account for the enduring popularity of his music. 200 years on and his music is arguably more popular today than it has ever been, bearing in mind that his music has never really been out of fashion!

Why is Chopin’s music so amazing to play?

His music is written in a way that allows the hand to follow a very natural movement over the keys, but is so much more than that. There is something very sensual and beautiful about the whole experience of PLAYing Chopin, which is present in almost every one of his pieces. They are so driven by this ever-present, persistent cantabile line, which really gives you, as a performer, a feeling of singing through the piano.

Chopin also has the most amazing way of building up the most deeply felt and exhilarating climax in his music that it can become the most overwhelming feeling when you are actually performing it.

For me there has always been something very exciting and gratifying about the way Chopin uses harmony to surprise and enthral – for example, in the 2nd subject of the Barcarolle, or the transitional passage in the G-flat-major Impromptu. And in equal measure the way that he uses it to say something profound – as in the opening bar of the Polonaise Fantasy -¬ and magical, for example, in the middle section of the Scherzo No. 3. But above all, it’s the way that Chopin uses his harmonic progressions to build up to the most overwhelming climaxes, for example in the last full statement of the theme in the 4th Ballade. 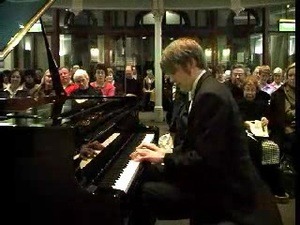 What is it like to play some of Chopin’s hardest music?

The short answer is exhilarating. Chopin rarely writes difficult music ‘for the sake of it’ – and there’s always an underlying musical idea, phrase or shape that is involved. So, even when your fingers are flying around at 60 notes a second, your brain is able to focus on the bigger picture which makes life easier to make the passage sound convincing. But of course the complex passages (of which there are many!) require hours of slow, careful, repetitive practice in order to train the fingers, almost (but not quite) into ‘auto pilot’ which allows you to take your focus away from each individual note and concentrate more on the bigger shapes in the music.

Concept of the programmes

Each individual programme is designed to stand alone as a compelling presentation of the composer’s genius. However, the series as a whole is designed to take you on a bold journey from his Op 1 in the first concert through to one of his last masterpieces, the breath-¬taking Sonata No. 3. By experiencing EVERYTHING, we can gain a fuller understanding of both the music and the man.

Why take on the whole piano works of Chopin?

When you learn a piece of music by a composer, you have obviously learned a little about their style, their feelings and the composer themselves. When you learn a second piece -¬ you often discover something further, something contradictory or complimentary. The more works you learn, the more you learn about how to interpret any given piece by that composer and you start to build a very comprehensive picture of both the music and the man. I’ve obviously been playing Chopin for many years – and after a while you start to fill the gap in your repertoire and before you know it, it’s not quite such a mammoth task as it might first appear. This also happens at a very relevant time in my life. I will be the same age when I start the series as Chopin was when he died. It is quite a humbling feeling to have absorbed so many masterpieces, written by the same person in so few years.

How long does it take to learn the whole cycle?

I’ve spent 4 years planning these concerts. But that certainly hasn’t been 4 years of uninterrupted practice. Other concerts and demands have often taken priority for large chunks of time. But I could not have prepared it any sooner, as the many big, complex works simply take a long time to ‘settle in’ and you can’t force that number of notes into your fingers all in one go!

Why do so many pianists love playing Chopin?

I am sure that every pianist has had a slightly different reason for playing Chopin. But the bottom line is that people love listening to his music and to watch a pianist performing his music live takes that experience to a new, more personal and heightened level. But for pianists themselves, I think that Chopin consistently takes the performer on a satisfying journey – whether it’s a short hop, or an epic voyage, you nearly always feel better for having played it when you reach the last bar!

How do you prepare for such a marathon as this?

A lot of careful planning, advice, preparatory performances, honest self-assessment and a good deal of ruthless goal setting! It’s quite a lot of repertoire to learn over a sustained period of time, which makes it essential that one’s love for the music you are practicing is unquestioned. Therefore, it never really feels like work, but more like an extended indulgence in your favourite chocolates.

Browse the complete series of concert