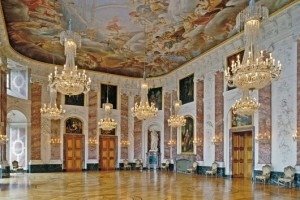 When the English music historian Charles Burney traveled to the continent to collect materials for his History of Music he predictably also visited the city of Mannheim. Burney was simply in awe of all the musical activities happening at the court of Prince Elector Carl Theodor, and he wrote “Music woke the Prince Elector; music accompanied his lunch; music was played during hunts; music alleviated his spirits during church service; music lulled him into sleep.” And the man in charge behind all these musical activities was Johann Stamitz, the “fervent genius from Bohemia.” A true pioneer, Stamitz revolutionized the language of music and made Mannheim the center of the musical avant-garde of his times. And he also composed the world’s “first true clarinet concerto in the history of music.” 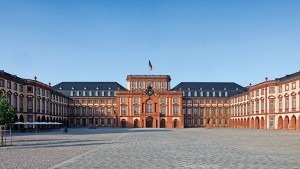 While the clarinet was an entirely new addition to the catalogue of orchestral and solo instruments, Johann Stamitz had been playing the violin all his life. In fact, he hurriedly left his university studies to become a violin virtuoso. A good deal of Stamitz’s early career is still shrouded in mystery, but we generally assume that he worked as an itinerant musician, looking for work in various cities throughout central Europe. There can be no doubt, however, that his skills as a violinist initially landed him the job at Mannheim.
His earliest documented public appearance occurs in an advertisement for a concert in Frankfurt am Main on 29 June 1742. It suggests that Stamitz would perform alternately on the violin, viola d’amore, cello and double bass, as well as introduce a concerto of his own making. Given such prolific performance skills, it is hardly surprising that Stamitz composed numerous violin concertos and various works for solo violin.

Johann Stamitz: Divertimento No. 1 in D major
When Leopold Mozart visited Mannheim in 1777 he wrote, “that famous court whose rays, like those of the sun, illuminate the whole of Germany, nay even the whole of Europe.” Besides obviously praising Elector Carl Theodor who poured millions of gulden into his music-loving pastime, Papa Mozart also pays homage to the Mannheim court orchestra. This incredible ensemble of roughly 50 professional musicians was famed for its unprecedented virtuosity and brilliance, and it set in motion some truly revolutionary changes in orchestral techniques. And it was Johann Stamitz who laid the foundations for this revolution in performing practice. For one, Stamitz freed the wind players from a subservient role, added clarinets to the ensemble and began to phase out the harpsichord continuo. Furthermore, the Mannheim orchestra explored the expressive possibilities of the ensemble in a number of astonishing orchestral effects that still bear its name, among them the “Mannheim Crescendo,” the “Mannheim Rocket,” the “Mannheim Roller,” the “Mannheim Sigh,” the “Mannheim Birds,” and the “Mannheim Climax.” 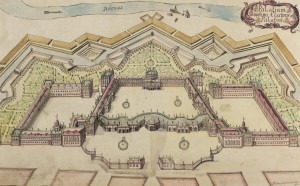 In his early symphonic works, Stamitz took his inspiration from elements of the concerto grosso and the Italian opera overture or “sinfonia.” As he gradually embarked on a process of adaptation, he greatly enriched and refined every element of the overture style. His Orchestral Trios date from 1755, and represent his first published compositions. Cast in four movements—Stamitz ingeniously inserted a minuet and trio movement into the sinfonia structure—they “occupy a well-delineated middle ground between the chamber trio and symphony, generally avoiding both the melodic intricacy of the chamber style and such common symphonic traits as slow harmonic rhythm, simplified texture and conspicuous use of crescendo passages.” Although Stamitz enjoyed considerable fame in his own time, very few of his autograph manuscripts have survived. Regardless, Johann Stamitz was instrumental in laying the foundation for the symphonic style of the first Viennese School of Mozart, Haydn and Beethoven.