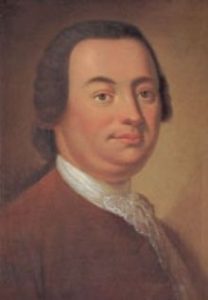 An early 20th century dictionary entry on Johann Christoph Friedrich Bach (1732-1795) considered him “an industrious composer whose work reflects no discredit on the family name.” Carrying and doing justice to the Bach family name was no easy task, and four sons of the fabled Johann Sebastian attainted prominence in music. In terms of musical importance, Christoph Friedrich—generally know as the “Bückeburg Bach” is ranked just behind Carl Philip Emanuel, but placed on equal footing with Wilhelm Friedemann and Johann Christian Bach. Like his brothers, he was an outstanding virtuoso on the keyboard and his early compositions strongly reflect the style of his father. 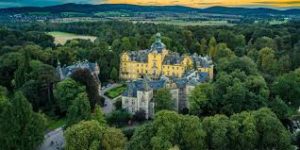 However, Christoph Friedrich musically developed in tune with the stylistic fashions of his time, and his mature style is a hybrid equally influenced by Italian and German characteristics, while his late works clearly belong in the Classical period. But first things first, Johann Christoph Friedrich was the sixteenth of J.S Bach’s twenty children, and the ninth child born from the union with Anna Magdalena. He attended St Thomas’s School, and owed his musical education to his father and the distant cousin Johann Elias Bach, who lived in the Bach house and acted as J.S. Bach’s personal assistant. 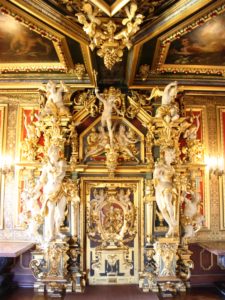 Christoph Friedrich briefly considered a career in law, but by early 1750 he was appointed harpsichordist at the court of Wilhelm, Count of Schaumburg-Lippe in Bückeburg. The Count was a great admirer of Frederick the Great and during a visit to the Prussian court in 1749 he met Carl Philipp Emanuel Bach. The Count apparently made up his mind to also employ one of the Bach sons, and he wrote a lengthy letter of enquiry to Johann Sebastian. Papa Bach was delighted of having one less mouth to feed at home, and without hesitation sent the 17-year old Christoph Friedrich to the provincial town of Bückeburg. 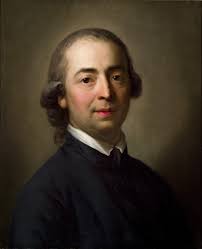 The Konzertmeister Angelo Colonna and the court composer Giovanni Battista Serini dominated the musical life at Bückeburg, but both left the court for unknown reasons in the middle of 1756. During the Seven Years War Bückeburg was occupied by French troops, and the entire court withdrew to a country estate on the Elbe River. Bach took this opportunity to successfully apply for the vacant post of organist at the church in Hamburg/Altona, but he never took up the appointment. Instead, he was appointed Konzertmeister of the Bückeburg Hofkapelle and received a healthy salary increase. He was in charge of two weekly concerts, composing, rehearsing and performing with an ensemble of about 15 musicians. He wrote various symphonies, trio sonatas and a good number of Italian arias. 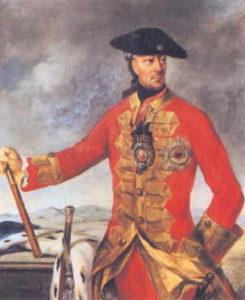 The appointment of Johann Gottfried Herder (1744-1803) as court preacher and consistorial superintendent initiated a close friendship and fruitful collaboration between the poet and the composer. Their artistic partnership spawned a number of oratorios, cantatas and even two dramatic works. Herder, one of the founders of the German Romantic movement left Bückeburg at the instigation of Goethe after five years to take up an appointment in Weimar in 1776. Bach, in turn took a three-month holiday accompanied by his son Wilhelm Friedrich Ernst and visited his brothers Carl Philipp in Hamburg and Johann Christian in London.

Attending his brother’s London concerts, the “Bückeburg Bach” discovered the music of Mozart and Gluck and was additionally inspired by his brother’s compositions. A series of string quartets and a set of six keyboard concertos printed in London disclose just how quickly Christoph Friedrich adopted English tastes and styles. He left his son in the musical care of his brother and returned to Bückeburg with an English pianoforte. When Count Philipp Ernst took Princess Juliane zu Hessen-Philippsthal as his second wife in 1780, the arts again flourished. Particularly fond of music, Princess Juliane opened up court concerts to the general public, and when the musicologist Johann Nikolas Forkel visited in 1782, he described the Bückeburg ensemble as one of the finest in Germany. Among various other students, Princess Juliane also took keyboard lessons with Bach. In turn, he published a number of pedagogical works dedicated to the Princess. 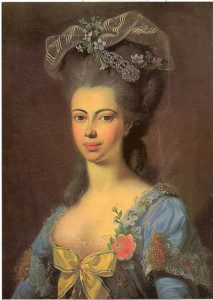 Inspired by his visit to London and the large number of works issued by his half-brother Carl Philipp Emanuel, Christoph Friedrich Bach planed on publically issuing an edition of his large-scale works. In the end, he could not attract enough subscribers for these works, but Breitkopf did issue a collection of three easy keyboard sonatas inscribed, “These sonatas are easy, written in the latest style and composed in London, where they were much to the liking of Her Majesty the Queen.” Bach’s final years in Bückeburg are marked by the arrival of a brilliant young Bohemian musician. Franz Christoph Neubauer (1760-1795) immediately attracted the attention of Princess Juliane, and she granted Neubauer free reign of the court orchestra to perform his compositions. Neubauer seized the opportunity and became the sensation of the court and the talk of the town. Bach tried to compete by composing a dozen large-scale symphonies and several double concertos, but he became severely depressed that the court had apparently turned its back to him after four decades of faithful service. He died humiliated on 26 January 1795 by what the obituary describes as “a heated chest fever.” Christoph Friedrich’s musical scores were collected and sent to the Institute for Music Research in Berlin in 1917, but the majority of his music was sadly destroyed during WWII.