“In Heaven We Will All Be Sounds” 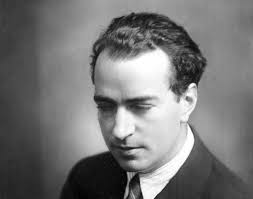 The Spanish composer Joaquin Rodrigo (1901-1999) might not be a household name, but he undoubtedly wrote the most successful concerto for any instrument in the 20th century. Conceirto de Aranjuez, originally written for guitar, takes its name from a royal palace near Madrid, and the work reflects Rodrigo’s fascination with Spanish cultural and social heritage. Rodrigo was born in the Spanish province of Valencia, the son of a businessman and the youngest of ten children. At the age of three Rodrigo suffered from a severe Diphtheria infection that left him permanently blind. As a result, the family moved to the city of Valencia for Joaquin to attend the local school for the blind. He did receive his first music lessons, but it was a performance of Verdi’s Rigoletto that convinced him to seek a career in music. He took private composition lessons with Francisco Antich, a professor at the Valencia Conservatory. 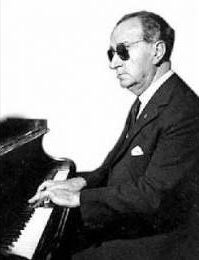 His earliest compositions emerged in 1922, including an orchestral work titled Juglares, which was performed two years later. That public performance put Rodrigo in touch with various avant-garde composers active in Madrid, and he decided to widen his musical horizon by moving to Paris in 1927. Rodrigo enrolled at the Ecole Normale and became a student of Paul Dukas. Dukas considered Rodrigo “the most gifted of all the Spanish composers he had seen arriving in Paris.” During his five years of apprenticeship Rodrigo was introduced to numerous artist and musicians, including Manuel Ponce and Manuel de Falla. However, he also met the Turkish pianist Victoria Kamhi whom he married in 1933; more on that relationship in an upcoming “Love” episode. The couple married in Valencia, but they returned to Paris where Rodrigo furthered his study at the Conservatoire and the Sorbonne. They lived and worked in France and Germany during the Spanish Civil War, and finally settled in Madrid in 1939. 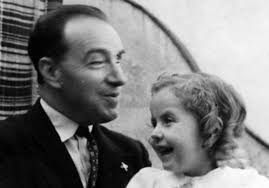 Joaquin Rodrigo and his daughter Cecilia

Soon after the première of the Concierto de Aranjuez in 1940, Rodrigo became recognized as one of the leading composers of Spain. He was elected Head of the Artistic Section of ONCE, the Spanish national organization for the blind. He composed a great deal of music and was highly active as an academic and as a music critic. He embarked on extended tours throughout Spain, Europe, the Americas and Japan, giving piano recitals and lectures and attending concerts and festivals of his own music. He cultivated a musical style that was far removed from the major currents of European musical development. Yet, it always pays homage to the rich and varied cultures of Spain, and needs to be appreciated within the context of Spanish classical and traditional music, and within its long heritage of literature and the arts. The Sonatas de Castilla, composed between 1950 and 1951, commemorated the inauguration of the prestigious “Real Academia de Bellas Artes de San Fernando” in the heart of Madrid. 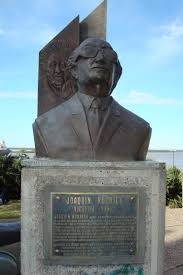 Throughout his life Rodrigo received numerous commendations and honors from governments, universities and civil and musical organizations from around the world. And on the occasion of his 90th birthday in 1991, King Juan Carlos I of Spain awarded him the royal title “Marqués de los Jardines de Aranjuez.” He also received the most prestigious “Prince of Asturias Prize” in 1996, the first time it was awarded to a composer. Rodrigo’s music is fundamentally conservative, or as he called it “faithful to a tradition.” His compositions number around 170, and include 11 concertos, numerous orchestral and choral works, 60 songs, some two dozen pieces each for piano and guitar, and music for the ballet, theatre and cinema. He had a remarkably eloquent gift for melody, and he composed many of the finest settings of classical Spanish poetry. Rodrigo died 20 years ago in his home in Madrid, and his only daughter Cecilia together with her husband Agustín León Ara, are actively involved in furthering and preserving his musical and intellectual legacy.