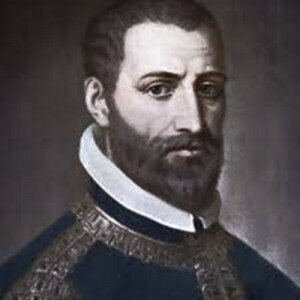 Jacques Arcadelt (1507-1568) was one of the most famous of the early composers of madrigals. The Venetian printer Antonio Gardano issued his Primo libro in 1538, but no copy of this edition is known to survive. Apparently, a pirated edition was published in Milan in 1539 and includes settings of poems by Petrarch, Sannazaro, Bembo, and the Florentines Benedetto Varchi, Filippo Strozzi and Lorenzino de’ Medici. In all, this volume of madrigals—containing a central core of Arcadelt pieces—went through 58 editions, appearing between 1538 and 1654. No other madrigal composer was able to compete with Arcadelt’s longevity in print, and his compositions were long used as didactic examples for students of music. The music of the “divino Arcadelt,” to use Einstein’s description, “is content with a simple, tender declamation of the text. He attained the ideal of sweetness and suaveness of music, and his magical power of harmony veils the poems in a cloak of sublime and distant sentimentality. 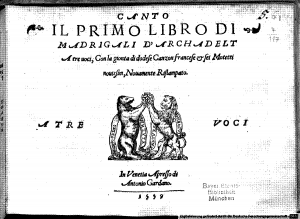 Arcadelt died 450 years ago, and relatively little is known of his early life. Variations on the spelling of his family name suggest a Flemish origin, somewhere from the vicinity of Liège or Namur in present-day Belgium—but he seems to have been raised in France. By the late 1520s, he appears to have moved to Italy and he entered into the private service of Duke Alessandro de’ Medici in Florence. Appointed to the papal choir at St. Peter’s Basilica, Arcadelt moved to Rome in 1538 and was made a member of the Giulian and subsequently Sistine Chapel a year later. The same year saw the publication of four books of his madrigals, and he made the acquaintance of Michelangelo; in fact, he set two sonnets by Michelangelo to music. After spending a year in France in 1547, Arcadelt returned to Rome and remained there until the summer of 1551. By that time, he had written over 200 madrigals, and a relatively small number of religious music. During his period of service in the papal chapel, Arcadelt appears to have been frequently in ill health, but surviving documents show that his music was nevertheless performed. 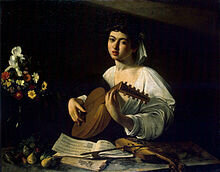 The Lute Player, by Caravaggio; the performer is reading music by Arcadelt.

When Charles de Lorraine went to Italy in 1547 to be anointed cardinal, he also visited the cities of Naples, Ferrara, and Venice. Since he had an eye for antique sculptures, he shipped 25 cases of statuary back to France. However, Cardinal de Lorraine was also looking for musicians, recruiting composers and performers to join him at the French court. And since Jacques Arcadelt was one of the most famous and prestigious composers of his day, Charles was certainly eager to secure his services. When Pope Paul III died in 1549, Arcadelt was actually looking for a new position and remembering the Cardinal’s invitation he entered into his services in 1551/2. Although Arcadelt continued to write some sacred music, published by the Parisian printers Le Roy and Ballard, he predictably turned his attention to the chanson. In the preface to Le Roy & Ballard’s Livre de meslanges of 1560, the poet Pierre de Ronsard named “Arcadelt as the most illustrious composer of the day, his music equaled that of the ancients through the inspiration afforded by his Apollo.” 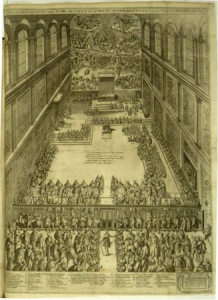 In all, Arcadelt wrote roughly 125 chansons and approximately 250 madrigals. His influence on other composers was enormous, and “of all the early madrigalists he was by far the most universal in his influences as well as his appeal.” Intabulations and arrangements of his madrigals for lute and guitar spread his fame across Europe, and his music is even depicted in several 16th-century paintings of musical activities. Above all, he wrote catchy tunes that could easily be sung by amateurs. His gift of capturing the Italian musical spirit and combining it with the technical mastery of the Franco-Flemish harmonic and polyphonic style, assured that his music appeared in various anthologies for over a century after his death. “Arcadelt,” a musicologist wrote, “stands out not because he wrote much differently from other early madrigal composers, but because he wrote much better music.”