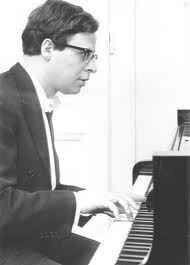 Iván Erőd was born the son of a businessman in Budapest in 1936 amidst the brewing catastrophe of World War II. In fact, his brother and his grandparents were murdered in Buchenwald and Auschwitz in 1944, and his parents barely managed to survive the horrific persecution by German troops. He began his studies at the Franz Liszt Academy of Music, but further political unrest forced his emigration to Austria in 1956. Erőd resumed his studies at the Vienna Music Academy with Richard Hauser (piano) and Karl Schiske (composition), and he attended several summer courses at Darmstadt. His early compositions were strongly influenced by Béla Bartók, Zoltán Kodály and Hungarian folk music, but during his studies in Vienna he turned towards serial techniques in chamber works and in the short opera The Girl, the Sailor and the Student. However, he soon broke with the prevalent avant-garde and experimented with a new tonally oriented idiom. 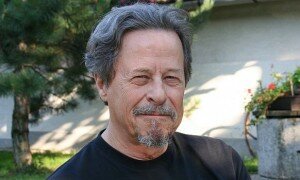 Eröd joined the ranks of composers Kurt Schwertsik, Otto M. Zykan and Heinz Karl Gruber, who turned their back on serialism and simultaneously refused to align with an ultraconservative tonal language. Eröd used free dodecaphony as a starting point, but his use of tonal devices in his full-length opera The Silkworms, premiered at the Wiener Festwochen in 1968, was met with controversy. Eröd defended himself by stating his compositional credo. “Art is communication. When I write music, I aim for it to be heard and understood. Therefore I have to make use of a language that is at the very least understandable by a fairly large number of people… I affirm melody, form and effect, three essential conditions for guaranteeing quality communication…. I’m not a purist in terms of stylistic means. We have several millennia of musical past behind us and I see no reason to shut myself off from it. Originality of language at all costs is the enemy of communication. Language is a matter of convention. The same holds for musical language.”

Ivan Eröd: Brahms Variations, Op. 57
Critics called his compositional technique “retrospective,” but his orientation towards a new tonality shaped his music for the rest of his life. In his career, Eröd was a successful pianist, and he taught music theory and composition at the University of Music and Performing Arts in Graz. Among his students were Georg Friedrich Haas and Johannes Maria Staud. He subsequently taught harmony and counterpoint at the Vienna Music Academy, and he received numerous awards. During the 1970s and 80s Eröd became interested in American vernacular styles, and his compositions—including the Minnesota Sinfonietta and his Piano Concerto—are influenced by Jazz and Blues characteristics.

Some of his late vocal works are more serious and contain autobiographical elements concerning his family’s persecution during World War II. The Holocaust entered his oeuvre at a late stage in his career; the “Öresund Symphony” tells the story of the courageous rescue of 7,800 Danish Jews, and it premiered in 2013. On the occasion of his 80th birthday, the Ottensamer Clarinet Trio and the Vienna Philharmonic presented the world premiere of Eröd’s Triple Concerto for Three Clarinets and Orchestra, Op. 92. Eröd died from complications from a stroke in Vienna on 24 June 2019.