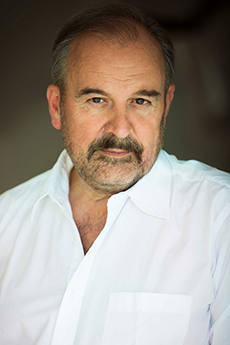 Helmut Deutsch ranks among the finest, most successful and sought-after song recital accompanists in the world. He was born in Vienna, where he studied at the Conservatory, the Music Academy and the University. He was awarded the Composition Prize of Vienna in 1965 and appointed professor at the age of 24. He has worked with many of the most important recital singers and played in the world’s major music centres. His collaborations with Jonas Kaufmann, Diana Damrau, Michael Volle, Camilla Nylund and Piotr Beczala as well as the young Swiss tenor Mauro Peter are currently among his most important.

Here he reflects on his life in music:

Who or what inspired you to pursue a career in music?

From a very early age I was surrounded by classical music. Although my parents were scientists, they were very drawn to and active in classical music. Both were enthusiastic members of concert choruses; my mother studied singing for many years and my father played piano and viola. Almost weekly there were chamber music/string quartet evenings at home and my parents read through many songs together – from Schubert to Hugo Wolf. Before I entered grammar school, I was already familiar with a large art song repertoire. 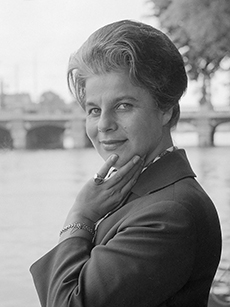 As was usual in my generation, early on I joined a children’s choir. I played the recorder for years and finally was allowed to study piano as well. As a ten year old I first experimented with composition and at fourteen it was already clear to me that I wanted to be a musician. The question was only whether it was to be as a pianist, conductor or composer. All of them seemed equally desirable. For a while my mother suffered from my decision to follow a slightly different path. Next to chamber music, the human voice fascinated me above all else, so my passion led me to become an accompanist for singers. I have never regretted it.

I had fine teachers, but the most important inspiration/impetus came later: above all, from my friend and colleague Leonard Hokanson and from the two most important singers of my early career, Irmgard Seefried and Hermann Prey. Today I still learn a great deal from the singers I accompany, much of which is not taught in schools.


What have been the greatest challenges in your career?

I had the good fortune at a relatively young age to work with singers who were ahead of me both in age and, more importantly, in their careers. The first steps with these well known artists were always a big challenge for me. I often had the feeling that in the course of a few minutes my chosen career path could change dramatically and this was, in fact, several times the case. The first rehearsal with Irmgard Seefried, at that time a celebrated star especially to Viennese audiences, remains unforgettable because of her ‘motherly’ severity. Then there was the audition for Hermann Prey, during which my right leg shook so much with nerves that I could scarcely control the piano’s pedal. Such critical situations no longer happen, but in general every concert is a new challenge, first regarding my singing partner, but also for myself. That is a part of this occupation and one gets used to it.

Which performances/recordings are you most proud of? 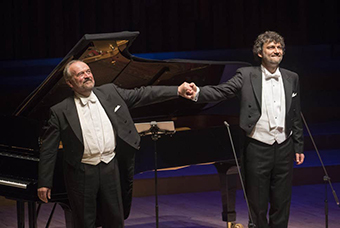 I would not say that I am proud of a particular concert or recording. Some are more successful than others. There are, for example, around twenty-five songs on a CD, and it can happen that I am satisfied or even happy with some of the songs. With concerts, it is more complicated. I think one has certain ideals in performance which one attempts to reach, even knowing that they are unattainable. There are thousands of notes in any concert performance. For me, it is inconceivable that they will all sound as perfectly as I imagine. One must be satisfied with ninety percent and often a great deal less. Perhaps one can be ‘proud’ of a particular phrase or passage, but never of an entire concert.

Which works do you think you perform best?

In answer to this question, I can only say what kind of music I like best, which musical style I feel most comfortable and secure playing. That is clearly the Romantic era from Schubert to Strauss and Mahler. This is music which demands emotional depth, reflectiveness, infatuation and passion. The fact that these musical emotions, as well as the often wonderful texts, comprise most of today’s usual song repertoire, definitely influenced my career choice. In addition to the great volume of German art song, I especially love the Slavic repertoire.

I do not consciously do anything in order to inspire myself on stage. Of course I listen to recordings and attend concerts. I read books about composers and their times. Sometimes I learn a lot from all this, but, in the end, the inspiration comes from the life I live and have lived: from the dreams, the fears, the anger and the frustrations which I have experienced. It comes from a wonderful evening atmosphere by a lake or on a mountaintop, from the longing, the loving, the disappointments and the happinesses I have known. Many of these are unforgettable memories and some I still experience today, thank heaven! Inspiration comes from everything which has formed my personality – in good times and in bad.

Song recital programmes are ideally discussed and decided upon by both the singer and the pianist. At the beginning of my career, well-known and experienced singers simply gave me the programmes. Later, little by little, it became a joint decision. Today, because of my long experience, I am often asked to make up a programme or at least to make suggestions.

Creating a good programme is not a simple matter, and there are no easy recipes
to follow, rather there are warnings about what one should not do: for example, not too many multi-versed songs in a row. I admire singers and colleagues who can devise an exciting and meaningful programme in a short amount of time. I often need several days. 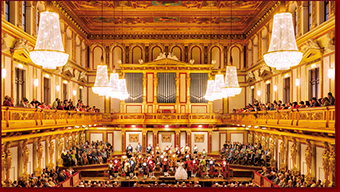 There are certainly many famous halls in which one is happy to perform/play: Carnegie Hall in New York, for example, the Berlin Philharmonic, the Palau de la Musica in Barcelona, and many more. But when one has grown up in Vienna, already during one’s school years, one dreams of appearing at least once in the Golden Hall of the Vienna Musikverein. This hall, opened 150 years ago, where numerous famous works have had their world premieres, where Liszt and Brahms, Bruckner, Strauss and Mahler performed, a magnificent hall which is praised for its wonderful acoustics, and which broadcasts its New Year’s concerts throughout the world, is internationally known. Even when one has often had the good fortune to play there, each appearance brings a special joy and a feeling of ‘coming home’.

What do you feel needs to be done to grow classical music audiences?

It is certainly pointless to dwell on the past, where music was actively played in homes. My generation was the last to experience this and it will not return. It seems to me more realistic to wish that music be taught in schools, starting with elementary schools and continuing through the entire educational path.

Many concert promoters have tried for years to offer programmes for children, and have had success with this. But in general music education in schools is more and more curtailed to the point where in some places it no longer exists. It is not so much a matter of teaching knowledge, but a simple familiarisation, an introduction to great works, attending concerts together, and, in my view most importantly, choral singing. Good and enthusiastic teachers who can ‘sell’ this are necessary, but young people often find doing things together a lot of fun, and, of course, it does not always have to be classical music. Actively involving students with music – no matter what the style – can make them curious and hopefully form new audiences. I can only speak about the current poor situation in Austria and Germany. There it is, in general, pretty sad and hopeless. 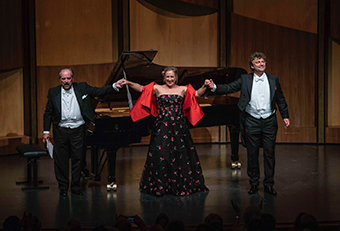 After a career of over fifty years, I am fortunate to be able to look back on many memorable concerts. Some were in small, elegant halls such as Wigmore Hall, others where the size of the hall or the enthusiasm of the audience impressed me more than the quality of the concert itself. Those include concerts at Teatro Colon in Buenos Aires or the Herodes Atticus Theatre in Athens, as well as the stages of La Scala in Milan and the Metropolitan Opera in New York.

Growing up, I was an eager concert-goer with many subscriptions to the Musikverein and the Konzerthaus in Vienna, and many unforgettable concert experiences. One concert, however, occupies the very pinnacle of all of these, a concert at which I was neither in the audience nor was I playing: Verdi’s Requiem in the massive Theater of Epidaurus with 13,000 seats, built in the 4th century before Christ. Herbert von Karajan conducted one of his absolutely favourite works, and I sang bass in the chorus of Vienna’s Gesellschaft der Musikfreunde. In the “Lux Aeterna”, as the moon rose over the surrounding hills, I felt as if I were in a dream. No concert in my life has moved me as this one did. With a night time return to Athens by boat, newly in love with another chorus member, who later became my wife, the evening came to a close – forever unforgettable.

Your talent is a gift, not an accomplishment. Make as much out of it as you can! Some success comes late, sometimes never. But do not give up too quickly! Try, with everything at your disposal, to understand what the composer wanted and fulfill that as best as you can. These were geniuses to whom we can only look up with respect and wonder. Personal vanities have no place in the music of these gods.

Imagine an exact idea of what you would like to express musically, and do not be satisfied with solutions which only approximately reach your ideal. Try to remain honest with yourself.

‘Success’ can sometimes be achieved in an amazingly cheap fashion. It is wonderful when you can make an audience happy. It should always be more important to be satisfied with yourself.

“Always play as if a master were listening!” (Robert Schumann)

“There is no end to learning!” (Robert Schumann)

What is your present state of mind?

A continuous fluctuation between optimism and pessimism. I try to see my situation realistically, but the results are always the same: I can be very happy about some things and quite sad about others. That is probably normal for my age, but, on the whole, I must be very thankful for all the wonderful experiences I have had in my career and in my life. And there is still hope that there will be more wonderful experiences to come.