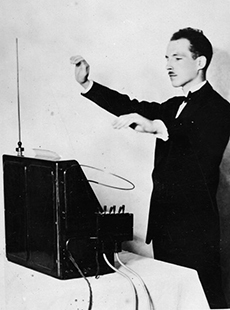 The tradition theremin, developed in the early 20th century by Léon Theremin and patented in 1928, looks like a box with antennas. It’s not stylish, it really only has one sound and it’s not even something you want in your music room.

The instrument has 2 antennas – one upright straight that controls the pitch, and one loop on the left that controls volume. They’re both critical to the operation and you fear that they’re just a bit fragile.

The classic sound is ethereal and haunting.


So how do you modernize it?

First, rid of the furniture-like box. Minimize the bulk, off with its legs and then it can be placed on a table or on a more easily managed microphone stand 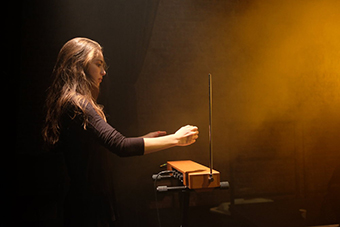 A DIY magazine developed one that you could make on your own, with retro vacuum tubes. 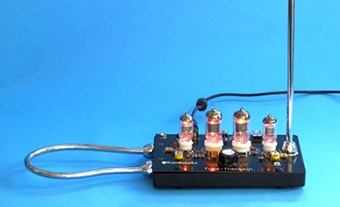 However, we were looking at the Moog website and there’s a stylish alternative: the Theremini! 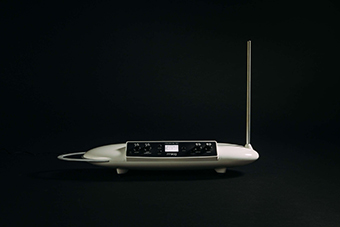 This combines several modern updates. If you’re an amateur player, you can control the pitch to be less sensitive to your hand placement. There’s a built-in tuner so you don’t go off pitch, which you can use to refine your hand positions. There are 32 different preset sounds and you can store ones that you’ve developed. You can include a stereo delay. You can hook it up to a speaker or to headphones or use the small built-in speaker. You can hook it up to your computer or to an iPad for further sound modifications.

And what a change of sound – this is now an instrument that has so many new possibilities! 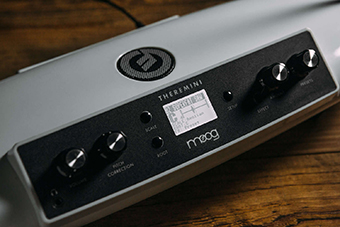 Robert Moog (1934-2005) created the first commercial synthesizer, the Moog Synthesizer, which hit the market in 1964. He started his work in musical electronics by building his own theremin when he was 14 and then created his own design for the theremin in 1953. The Etherwave Theremin continued the tradition of a wood box for the electronics but made it all more portable. Now, with the Moog Theremini, the synthesizer idea of sound that can be shaped, and the unique hands-off playing style of the traditional theremin are combined for a better sound result.