Artists Interviews
In Touch with Richard Pontzious – Live for a Dream
by Jenny Lee August 15th, 2011 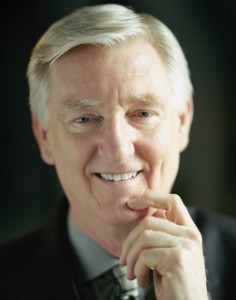 I was leaning at the fench on the first floor of the Hong Kong Academy for Performing Arts, waiting. Two men came out of the opposite concert hall; a tall white man with silver hair, next to him, a Chinese man wearing a light blue shirt. They were discussing vigorously while walking in a fast pace towards me. For the dream of the Asian Youth Orchestra, the Founder and Artistic Director Richard Pontzious and the general manager Keith Lau have been walking besides each other for 21 years. Even when Richard, at 61, piloted a single engine Piper Archer across the US, Keith was the navigator for the trip. After a firm handshake, I started my conversation with Richard Pontzious on the Asian Youth Orchestra.

J: I know that you had a very fascinating audition for the AYO this year.

R: Well, it was very special in Japan because we were there on the day when the earthquake struck. My colleague Keith and I were in Tokyo. The audition took place on Saturday, the next day after the earthquake. We had no idea who might come. But in fact, some 20 candidates did come. One of the girls carried her double bass and walked all the way to the audition whilst another candidate slept overnight in her school rehearsal room because she could not get home. Monday we flew to Shanghai for auditions and we had terrible turbulence. The pilot descended some ten thousand ft in the middle of the flight to get out of that turbulence. Then we had our audition in Shanghai and it was lovely. A Chinese boy, a violinist just graduated from the Shanghai Conservatory of Music, played the Adagietto from Mahler’s Symphony No.5 to remember his AYO friends in Japan, somehow to reach out to say, ‘ I am with you’. That was very touching.

J: The Asian Youth Orchestra has been creating sensations every summer; having around 100 students from across Asia to come to Hong Kong for a 3 weeks’ rehearsal camp and then on tour for another 3 weeks around Asia with amazing soloists. What is so special about this year?

R: The Dewan Petronas Philharmonic Concert Hall in Kuala Lumpur very seldom has any guest orchestra of any size, and no youth orchestra for sure. We were invited to play a charity concert there. What is the first for us this year is that we have more Taiwanese than ever before, 32 from Taiwan and 29 from mainland China. It really represents the most visible shift of the make up of the orchestra. When we started 21 years ago, the largest group was from Japan, and then Taiwan, very few from the mainland. It was hard then for the mainlander to get a visa to come to Hong Kong for the 3 weeks’ rehearsal camp and to travel around. Gradually over the years, it has shifted. This year, we are really a Chinese Asian Youth Orchestra. We also have our conductor James Judd and violinist Stefan Jackiw on board.

J: Is there any particular method in training young musicians?

R: We are dealing with foundation of music, playing at the right time, playing at a constant tempo or flexible tempo. There are traditions that we have to pass along. You can also teach in an interesting way. There are always passages that are more difficult to play, so tell your students to do their best and come out together at the end, even the professionals know where those passages are. There is no trick; it is a long, slow process. That’s why we have many students who keep coming back year after year. We have a boy this year who has been with us for 4 or 5 years, who is already a professional member of the Hanoi Opera Orchestra.

J: In your many years with the AYO, was there a moment which was most memorable?

R: The first concert with Yehudi Menuhin. The fact that we were able to bring all these musicians together. And then last year, in our 20th anniversary, we played at the Coliseum in Hong Kong, bringing our 100 AYO members, another hundred alumni, together with 80 some local HK young musicians to make an orchestra of about 300 to play Berlioz’s Symphonie Fantastique. It came out very well with very little rehearsal. Very special, something that we won’t forget.

J: You talked about the first concert. Can you tell us how it all began?

R: Well, it began with an idea. I took it to Yehudi Menuhin and he said, ‘let’s do it!’. We started to knock on doors. And in 1990, we were able to launch the orchestra, with Yehudi conducting. Gradually, the number of people coming for audition and the standard of the performance have been rising.