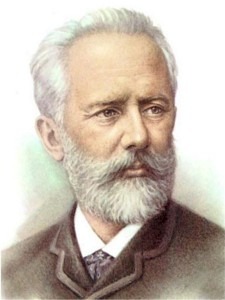 How then do you qualify a boring masterpiece? For that matter, if the piece is boring, how can it be considered a masterpiece to start with? Personally, I think all masterpieces can be boring, and most music can be masterpieces, all depending on who’s performing.

Although our local music scene is becoming more invigorated, I still find very little creativity when I look at the programmes. On the menu, we have the usual crowd-pleasers such as Bruch, Mendelssohn or Tchaikovsky’s violin concertos, or perhaps Rachmaninoff, Chopin and again, Tchaikovsky’s piano concertos. These are among the usual top ten concertos found on your standard Christmas gift CD – recognisable melodies and easy listening for newcomers, thus a virtual guarantee for the box office. So we get the same pieces over and over again, performed either by the latest competition winners or by established veteran musicians.

Let’s take Tchaikovsky’s violin concerto performed by a young winner of a major competition as an example. Although it was performed with almost impeccable technique, it was unfortunately musically bland. I was bored to death and spent most of the concerto going through my to-do list for the next day. On the upside, he was cute, confident and knew how to talk to the audience. To finish, he played a typical show-off Paganini piece as an encore (yes, another crowd pleaser), and the whole audience went berserk, to say the least – especially the female portion of it.

I know it is very difficult for young musicians to display depth and maturity of interpretation at such an early stage, but they should perform less popular pieces that might bring a sense of refreshing novelty to their performance, even if they have yet to master deep musical insight.

The very same Tchaikovsky was also performed by a well-known violinist, and this time, I did not even bother to go. I have heard her play many times and know for a fact that she is absolutely brilliant in recitals, with her intimate interpretation and introvert personality. However, she is definitely not meant to be thrown in the middle of a crowded orchestra. As it turned out, I made the wise choice, since I was told afterwards that she was completely overpowered by the orchestra, and that the performance was merely mediocre.

The problem is that most established artists think they are almighty and can perform any repertoire, from solo to chamber music to concertos, sometimes even insisting on conducting at the same time. To me, the true masters know where their strength lies, and will choose a particular genre to focus on – recitals, chamber music – as well as a certain period, such as baroque or romantic. They persevere and fine-tune their perception, understanding and mastery of the music shades to deliver a real gem to the public which, whether a masterpiece or not, is definitely not boring.

At a recent prominent French competition, all four finalists chose to play Tchaikovsky’s piano concerto, making it easy for the orchestra, and probably the jury too, since it is so obvious to spot the best interpretation when all the candidates are playing the same piece. But just think of the poor audience, having to sit through Tchaikovsky four times – now this is when a masterpiece becomes boring!

Let’s sit back and enjoy masterpieces performed by the masters – yes, the same Tchaikovsky again.